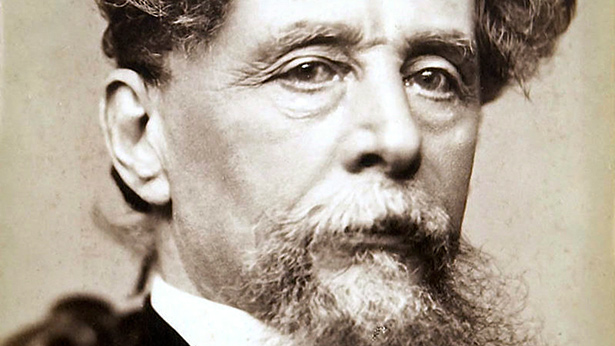 "Quantitative easing" is a term right out of Charles Dickens' Imaginary Circumlocution Office.

Like Dickens’ cast of characters, we remain bewildered by money—and our lack of it.

Dickens' novels are full of money, real and virtual. He was, as we all are, bewildered by the absence of the stuff for most people most of the time.

I’ve been reading Claire Tomalin’s new biography of Charles Dickens. Simply titled Charles Dickens: A Life, it’s likely to be one of the best of several books published to celebrate the bicentennial of his birth at the beginning of next year. The book makes a good deal of the fact that money mattered to Dickens, the having of it and the lack of it. His father was imprisoned for debt, and family indigence meant that Dickens received little formal education and as a very young boy even spent a year working for six shillings a week in a factory.

His beginnings as a jobbing journalist rapidly turned him into a successful and best-selling author in his 20s and by the end of his life he wrote of needing £9,000 a year to support his 10 children, his discarded wife, his mistress and her family. That would be about £630,000 ($1 million) by today’s standards: not quite what bankers expect, and less than the head of the BBC and most top-level footballers.

Dickens’ novels are full of money, real and virtual. He was, as we all are, bewildered by the absence of the stuff for most people most of the time, and his characters can seem relieved to be dealing with actual coins–even when there are very few of them–that can be exchanged for material things: a loaf, a bed, a jacket, a waistcoat. How can we not be suspicious of “that mysterious paper currency which circulates in London when the wind blows, gyrated here and there and everywhere … caught by the electric wires”? “Paper money,” a new invention, put the fear of God into Dickens’ contemporaries in that great age of bankruptcies.

The novels are haunted by the vanishing of actual money into its ghostly stand-ins. Years and whole lives are wasted in Bleak House contesting wills and their promise of fortunes, and at the end there is nothing left for anyone. In Our Mutual Friend, Mr. Boffin presides over his lucrative rubbish dumps, “a prey to prosperity,” as Dickens puts it.

Dickens might have revelled in the thought of “quantitative easing” and the Bank of England’s decision in October to start a £75 billion ($115 billion) round of printing bank notes (or some surrogate for them) to be exchanged for bonds. Debts are “restructured” in Brussels and Strasbourg, much as David Copperfield “restructures” the burdening debts of Wilkins Micawber–the world’s most famous debtor–when he leaves for Australia. Would “electronic money,” as it has been called, have appealed to Dickens? It would certainly have caught the imagination of the man who believed in spontaneous combustion and the efficacy of mesmerism. And the Circumlocution Office of Little Dorrit, that Civil Service department designed to confuse and scupper the foolish and the unfortunate. It’s still there. Poor debtors that we are, struggling to discover how to spend and save at the same time, as we’re enjoined to do. So Mr. Dorrit struggles with the world of finance that hobbles and bamboozles him with words:

The affairs of this debtor were perplexed by a partnership, of which he knew no more than that he had invested money in it; by legal matters of assignment and settlement, conveyance here and conveyance there, suspicion of unlawful preference of creditors in this direction, and of mysterious spiriting away of property in that; and as nobody on the face of the earth could be more incapable of explaining any single item in the heap of confusion than the debtor himself, nothing comprehensible could be made of his case.

I don’t find myself imagining a “quantitative easing” of those billions of spanking new 50-pound notes in their wads and elastic bands dumped on the doorsteps of the small-business owners so often invoked as needier than any of us, and on whom we are said to rely. But I would like someone to explain why–if the Bank of England can create billions of new money–that isn’t the answer for other countries. Why not Greece, too?

I have a young relation who describes himself as an anarchist and would like to see the end of states and the end of money. He may by the sheerest good luck get to see his wishes fulfilled. If money doesn’t disappear altogether, it seems certain that we’re all going to see a great deal less of it.