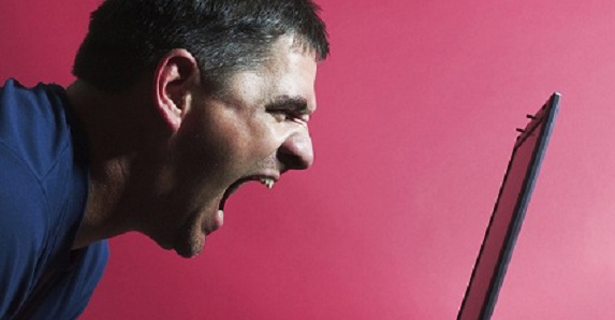 It’s still dangerous out there for feminist bloggers. Here’s how to deal with sexist trolls.

A widely cited 2006 University of Maryland survey shows that web users with “female” names are 25 times more likely to be harassed than users with “male” or ambiguous names.

As feminists go, I have it easy. I’ve only received one explicit death threat. I’ve gotten rape threats, but not many. No one has contacted me at home; I’ve received only one anonymous message warning me that I was being “watched.” Of the people who have called me gendered slurs or lied about me online, only one of them has done the same to my mother.

If this seems strange–being grateful for only a few threats, only minimal harm to my family, only a few dozen people who would like to see me raped or killed – then you’re probably not a feminist blogger.

For years, it’s been an open secret that having a visibly female online identity – especially if one writes about sexism – is a personal security risk. Highly visible bloggers such as Jessica Valenti report receiving hate mail every day. Some have been subject to campaigns aimed at getting them fired. This doesn’t only happen to high-profile feminists, or women; some people, including men, have been harassed at work simply for commenting on the wrong blog. But it is a gendered phenomenon: W.H.O.A. reports that, in 2010, 73% of cyberstalking victims were female.

In recent weeks, this conversation has burst into the mainstream. UK papers have been reporting on threats; in the United States, Alyssa Rosenberg created the Twitter hashtag #ThreatoftheDay, to re-publish them. Later, after being irritated by a particularly sexist column, I created the hashtag #mencallmethings to cover everything outside the threats – the slurs, the rape fantasies, the hate mail – and saw it trending within the day.

The Internet is no longer a strange hobby; these days, almost everyone has an online presence. If a major part of contemporary life is often unsafe for more than half the population, people notice.

When I first started writing online, I was sure that I would be able to avoid attacks because I thought I knew the rules to the game. As it turns out, those rules are not what I thought they were. Here, then, is a Girl’s Guide to Staying Safe Online.

Three years ago, I posted a picture of myself online for the first time. In this picture, I was outdoors, had a ponytail and wore sunglasses. This photo, I thought, conveyed two things: (1) I was outside, and (2) it was sunny. My first and only e-mail about that photo: “You’re an ugly fucking cunt.”

A year later, I changed it. This time, my hair was long, I wore make-up, had glasses on and was smoking. “She’s ‘doable’ if she dropped the ciggies, the cutesy glasses, and the man-hating attitude,” one man wrote.

This year, I changed it again. Everything had changed but my face; my hair was short, I wore no makeup, and I had dropped the ciggies and glasses. The response: “Hey whens the womyns music festival… Ugly sack of shit freak!!”

Becoming visible – not just for women, but for all marginalized people – creates a specific vulnerability. Photos are often yanked from blogs and social media profiles and placed in hostile forums for evaluation. Photoshops are made; Photoshop contests are held. Trans and genderqueer bloggers are misgendered in whichever way allows for the most vile hatred; fat is shamed; if the blogger is a person of color, photos provide an opportunity for extra racism.

Last October, cartoonist Gabby Schulz published a comic about Internet sexism. Titled, in part, “How Every Single Discussion About Sexism And Woman-Type Stuff On The Internet Has Ever Happened,” it detailed a familiar cycle: Man says sexist thing, woman responds, men shout at woman, etc.

Within 24 hours, “men’s rights” blog The Spearhead fulfilled Schultz’s prophecy. Their post, titled “Feminist Cartoonist Bemoans Online Resistance, Claims She is Enslaved by Patriarchy When Men Disagree With Her,” sniffed that Schultz’s cartoon “supposedly depicts what happened when she called some guy sexist.” Predictably sexist comments followed: “I bet ole Gabby is soaking wet with all the attention shes getting tonight,” one Spearhead commenter opined. “Shut the fuck up you stupid cunt,” wrote another. Yet another wrote, “I am not being sexist when I say I do think your point of view is lesbic: you seem to despise all men.” Schulz reports receiving death threats.

So far, so predictable. Except for one tiny detail: Gabby Schulz is a guy. His biography – easily accessible from the offending post – shows him with a full beard, and uses the pronoun “him.” The comic was based on a controversy surrounding cartoonist Kate Beaton. But many harassers had no inclination to fact-check: If someone named “Gabby” didn’t like sexism, that someone had to be a self-pitying girl.

Schulz isn’t the only guy to discover the fun of Writing While Female. Choire Sicha, founder of The Awl, has written about the gender confusion around his own name. When he was writing the New York Times arts listings, he told me, “The letters and emails that arrived for ‘Ms. Sicha’ had that distinct variety of grand mansplaining tone – there was a way in which they ‘talked down’ that the communications for Mr. Sicha didn’t have.” On the other hand, “the notes addressed to male-me treated me as a grown-up – like there was an assumption that I had authority but I was just wrong.”

This is no surprise. A widely cited 2006 University of Maryland survey shows that web users with “female” names are 25 times more likely to be harassed than users with “male” or ambiguous names. (Although, as Sicha’s experience demonstrates, this isn’t web-specific.)

If it’s dangerous to be a girl on the Internet, some people on the Internet will avoid being identified as girls. But Shculz’s and Sicha’s accounts make something else clear: “Ambiguity” doesn’t really work, either. To avoid harassment, one must eschew anything remotely girl-like: names that could be construed as female, subjects related to women, sticking up for specific women, or empathy for women generally. In short: The only way to avoid gendered harassment is to be a man who constantly proclaims his own gender, and who ignores or openly dislikes women. Which is extremely convenient for a certain type of man.

In our e-mail exchange, former Shapely Prose blogger Sweet Machine told me that “the beginning of the end” of her career as a blogger was the moment blogging became unsustainable. I knew what she meant, but I’d always regarded it as one of her blog’s biggest successes.

Since its publication in October 2009, Schrodinger’s Rapist,” by Phaedra Starling, has become a part of feminist blog canon. Its explanations of street harassment, rape and doubt have been widely cited and echoed, and the phrase “Schrodinger’s Rapist” itself has become shorthand for threatening encounters. The post garnered 1,216 comments before Shapely Prose shut them off.

Those comments had to be moderated. And, as Sweet Machine puts it, the post “attracted so much positive attention from women that it drew incredible hostility from men.” Moderating comments began to take up the majority of her work time. When Sweet Machine’s mother died, one commenter said that she must have been ashamed of Sweet Machine’s weight–and signed off with “you fucking cunt.”

“Reading the mod queue started to feel like being slapped over and over by strangers,” she says. “The more successful [Shapely Prose] got, the more we got attacked.”

This is the game, for feminist bloggers: the more recognition you receive, the more dangerous the job becomes. Other writers may be able to nurture ambition, and pursue goals without ambivalence. Feminists, on the other hand, live with the fear of Schrodinger’s Promotion. Every step we take toward recognition might be the step that makes blogging itself an intolerable risk. I’ve spoken to other bloggers – one of them male – who have changed pseudonyms or deleted blogs once they got an unacceptably large readership, just to avoid it. Those who stay put have paid a high price.

“[When] I first started blogging, I’d get a string of nasty anonymous comments in a row and that would be about as bad as it’d get,” says Lena Chen. “Now, they’ve moved on to harassing me (and my boyfriend, friends, and readers) on independently set-up sites designed to ruin search results. They have no qualms contacting my family members or employers…”

4. Every Photo Is the Wrong Photo. Every Name is the Wrong Name. Any Kind of Good is Too Good. Don’t Go It Alone.

“As it turns out, there’s nothing right, at all, ever, that you can do,” social media activist Deanna Zandt told me, in a phone interview.

This was not, contrary to appearances, a statement of hopelessness. Zandt means this: That if receiving harassment is an inevitable part of blogging while female, then harassment itself is what has to change.

“They talk about doing eviction defense, or foreclosure defense, or even the Occupy defense,” Zandt says. “In 2005 and 2008, we were doing blog defense from DDOS attacks, and quickly trying to hide women’s information online.”

But Zandt says the conversation about online sexual harassment is beginning to reach a new level, one that could create substantial change. “Women talked about it amongst themselves, or the feminists talked about it amongst themselves, but it’s now breaking out into a place where it has a wider context… We’re really at this moment where we can begin to define the specific, gendered, hateful things that are happening to women online as a specific kind of harassment that requires change through cultural awareness, and perhaps some laws.” She hopes to see campaigns from groups like the Women’s Media Center aimed at creating enforceable policies for online sexual harassment.

Ultimately, the best way to “stay safe” online may simply be to stay online. After all: If there’s no one left willing to complain about the harassment, what are the odds that it’s going to change?