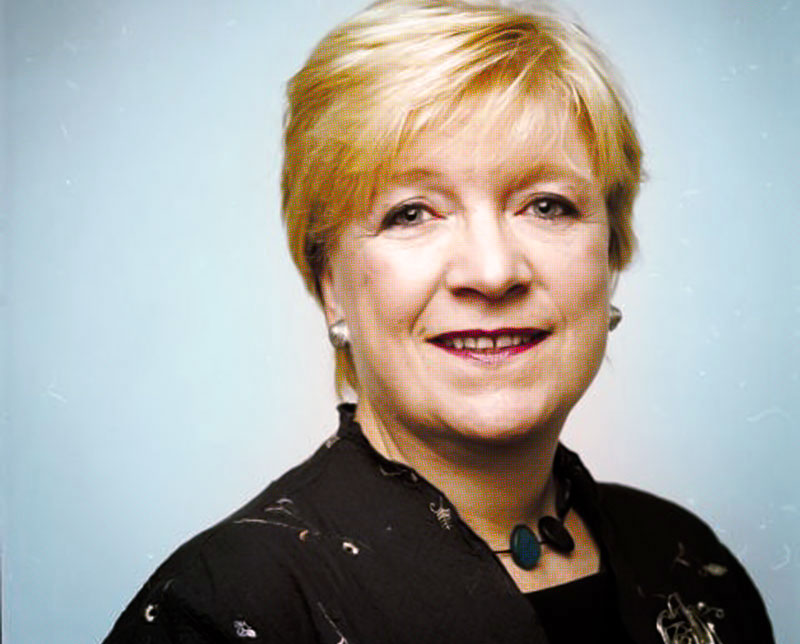 Defender of the Commonweal

A conversation with Polly Toynbee, The Guardian’s voice of leftist dissent

Polly Toynbee is one of the most admired social and political commentators in the United Kingdom, constantly on television and on radio, relied on and taken seriously, but also—in the way of such things—sometimes reviled by the media and by the public figures she writes about so fearlessly. Her style is direct and uncompromising.

She is outspoken in her opposition to the monarchy and to the Murdoch empire, in her arguments for legalizing assisted dying and for proportional representation. She has given her support to Occupy and to the British activist groups UK Uncut and 38 Degrees.

Since 1998, she has been a political columnist at the Guardian, one of Britain’s most respected and influential papers.

In 2010, Toynbee famously recommended that people put a clothes-peg on their nose and vote for Labour—if only to keep out the Tories. Many of us took her advice; she may even have contributed to the very small Tory plurality and the subsequent Conservative-Liberal coalition government.

Toynbee, 65, is descended from a long line of British intellectuals. She is the daughter of literary critic Phillip Toynbee and his first wife Anne Powell, to whom I was devoted. I have known Polly since she was a child.

We are becoming much more like America in our policies. Much more divided. Much more left and right. Writing for the Guardian, I am aware that virtually everyone who reads the Guardian or other liberal publications is  constantly frustrated as to why Labour isn’t braver. But stop for a moment and imagine what it’s like to see 80 percent of the British press against you. They are out to get you, to misrepresent you. They say you are indulging in the politics of envy if you do anything remotely redistributional. That you are out to get pensioners, if you begin to think about the generational injustices of the young having no money. So, I do think it helps Guardian readers to balance things if they just look at the enemy from time to time. The enemy is ferocious. The Left doesn’t quite think in such a straightforward, “let’s go out and kill” way.

Clearly there is a feeling of estrangement around politics. The bankers and Murdoch’s beasts make people feel that politicians are more influenced by powerful institutions than by any of us. One vote every five years becomes less and less significant.

This is hugely felt on the Left and the Right. It came as a shock to find that the police and prison officers were all being paid and bribed; that emails were being hacked and that investigators were being lied to about it.

The whole establishment has been undermined. It isn’t clear whether it will fall down in a leftward direction or a rightward direction. We have got a government that is devoted to slashing the state in ways that will make it almost impossible to repair by a future government. But it does not have much popular attraction; people don’t think a small state is the answer to this either.

The welfare state has vanished before our eyes. Can it be brought back to life?

It’s in grave danger. The government has published a White Paper called “Open Public Services.” It says that any public service except the core policing, security and judiciary jobs should be up for grabs to any private company that comes along and says, “I’d like to bid to do that service.” The whole of the National Health Service is, with the new national health bill, up for bids. People don’t quite understand the enormity of what’s occurred.

People don’t know how to insert themselves into the political system. None of us belong to political parties anymore. Do you?

I belong to a party, the Labour Party, but I know I’m in the minority of 1 percent of the population. After 13 years in power, people no longer think of Labour as being an exciting, insurgent force. They opened the door in all sorts of ways to privatization. So people say, “There’s no difference between the parties.” That’s not true. Some of the best things Labour did are now being dismantled. They invested hugely in the health services for the first time ever. In America, it has always been said that socialized medicine means long waiting lists with a Soviet-style system. Labour did away with that. It was remarkable. And everything was going up in terms of clinical outcomes. Now, all that is being lost. Labour economic policy also brought a lot of poor people over the poverty line. That redistribution is now being cut back so fast and so savagely.

Last year, at the beginning of the Arab Spring, there was a sense that new forms of mobile communication could give birth to a different kind of political organization. Yet this hasn’t forged a new politics as far as one can see.

Remember, the French Revolution mobs were not that big.  And if you count the number of people who went to the Vietnam demonstrations, there weren’t that many, but they changed the culture. Occupy has been important. We’ve seen the shift. Labour at the last party conference was talking about “bad capitalism” and “good capitalism.”

But the Labour leadership  hasn’t been behind strikers.

It’s very difficult to support strikers who are upsetting the majority of the voters. It’s not democratic. Labour Party leaders have always found it difficult to support extra-parliamentary action, because it seems to undermine democracy in quite a fundamental way. The Labour Party will always have to be pushed by forces like Occupy. I don’t think strikes really work anymore. I don’t think marches work anymore. Occupy was different. I think you have to keep reinventing protests.

You can do both. The point is to do everything you can to try and push the Labour Party as far left as you can. Or if you can, set up another party. But I’ve been there and done that, and I’m not very optimistic. With our system—like the American system—third-party candidates get nowhere. So between elections, people should try everything they can in the way of setting up a better alternative. But come election, you still have to hold your nose and vote for the least worst of what’s offered. It’s a rotten type of democracy. The companies have more power than elected politicians.

Or European Union officials in Brussels.

The market is so much bigger than any political entity. It’s simply pulling off the weak members of the European Union one by one and destroying them, forcing the strong members to say, “Why are we going to spend so much money supporting people in faraway lands who don’t seem to work very hard?” The market ideology sets one against the other.

Has it gotten worse? I remember the Olympics in 1948. Back then, we weren’t aware of things like corporate sponsorship. Now the whole thing is big business; ordinary folk can’t even attend.

You ask, “Has it gotten worse?” It appears worse because our eyes are a bit more open to the extent the corporate world governs democracy.

In the way coal mines were always hidden by beautiful country estates, huge inequalities have always been disguised. But currently, the inequality is more painful to behold, isn’t it?

It’s worse than that. You and I were taught social history as an inevitable march of social progress in which Conservatives were always proven wrong. In the late ’70s, Britain was more equal than at anytime in its history. We just assumed that we would go on being more egalitarian. Then Thatcher arrived and Reaganomics, and a sudden explosion of inequality. When she came to power, one in 10 children in Britain were poor; when she left power, it was one in three. And now, that’s happening all over again, not just because of the cuts but because of the way cuts have been directed entirely at the benefits to the poorest families. We are going to see another explosion of child and family poverty. And it will be very, very difficult to roll that back.