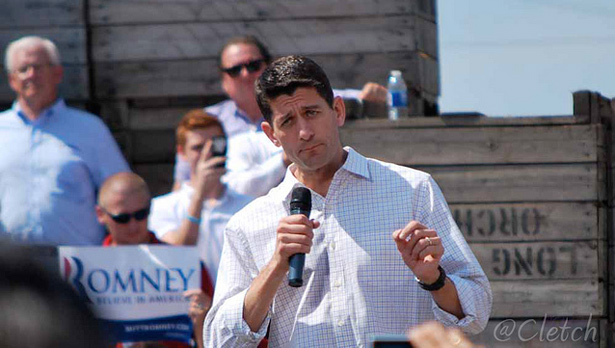 Enough With the Rape Gaffes

The real topic of discussion, for all three of these men, was not rape; it was abortion, and specifically why they didn't think people should be able to choose it.

These are the weeks of “legitimate rape.” Missouri Representative Todd Akin's August 19 comment–“from what I understand from doctors… if it's a legitimate rape, the female body has ways to try to shut that whole thing down,”–betraying a semi-magical, fully medieval view of the uterus's conceptive powers, have sparked massive fury. Unfortunately, it's a fury that threatens to distract from the real reasons Democrats have to defend abortion access.

Don't get me wrong: The Akin anger is very convenient. In a tough election year, Democrats have been leaning hard on the Republican party's insensitivity and cluelessness regarding women's reproductive health. Now, seemingly as if to prove their point, we've got a Republican who obviously has no idea what a uterus even does. (Castrate rapists? Set up an OKCupid profile, and only admit semen from applicants who don't list “rape” as an interest? Wander about the body, into the brain, causing hysteria?) But Akin is willing to make policy based on his ignorance.

And, of course, Republicans have responded–as they have done with every PR gaffe throughout the War on Women–by making even more stupid statements. Vice-presidential candidate Paul Ryan, when asked by a Virginia TV news reporter whether he thought women should be able to abort pregnancies resulting from rape, said, “I've always adopted the idea that–the position that–the method of conception doesn't change the definition of life.”

The idea of rape as just another “method of conception” is, of course, massively offensive. But Ryan was quickly outdone by Pennsylvania Republican Tom Smith, who believes that a proper pro-life position, such as his own, should not include rape or incest exemptions. When asked how he would defend this to a relative who had become pregnant from a rape, he said that he had, in fact, experienced “something similar to that with my own family. She chose life.” Indeed, the only difference between his situation and a rape was that his family member had not been raped. “Having a baby out of wedlock,” Smith said, was the point of commonality.

“No, no, no! But, put yourself in the father's position. Yes,” Smith said.

It's tempting to waste several hundred words explaining exactly why these comments are offensive and sexist. But the idea that, at this late date in human history, we still need to establish that the Republican party is sexist, is ridiculous. We know they oppose freedom of choice. We know they oppose reproductive health care access. We know that many oppose contraception. And we've known, ever since H.R.3, that they also want to restrict rape survivors' access to abortion. The Republican party is the party of institutionalized misogyny, which is why approximately no one will vote Republican who (a) reads this magazine or (b) doesn't enjoy misogyny.

It's more interesting, actually, to note why Democrats and left-leaning publications have seized with such fervor on the Republican insensitivity to rape. The real topic of discussion, for all three of these men, was not rape; it was abortion, and specifically why they didn't think people should be able to choose it. We seize on the rape gaffes. And by doing so, we neatly evade the question of whether we believe that people who have not been raped should be able to abort pregnancies.

Which, one hopes, we all do believe. The reason for the rape-comment furor, the rationale for pushing these offensive comments so widely, is obvious. Most people, if asked point-blank, will not say that rape is good. They'll probably say it's bad, in fact! They may have mistaken beliefs about what constitutes rape or what causes it–those are common–but it is regarded as a violent crime, which is why it's illegal.

What Republicans are pushing for is not acceptance of rape. They're pushing for the idea that abortion is also a violent crime, a worse crime than rape, and that it too should be illegal. Which simply isn't true: Abortion is a reliable, safe medical procedure, usually done when the fetus is nowhere near viability. Like contraception, abortion frees people with uteruses to live full lives, including full sexual lives, without having to worry that any sexual problem (from a broken condom to a sexual assault) might necessarily result in their bearing children that they can't afford or don't want. Abortion is autonomy. Autonomy is essential. Therefore, abortion is good.

This position, “autonomy is good,” is far more controversial than “rape is bad.” Even people who dislike women usually won't recommend raping them. What they will do is campaign against abortion and contraception access. And we progressives play along, framing abortion as a “last resort” or a tragedy or a terrible, no-good, very-bad thing that we only recommend in dire circumstances. Which completely undercuts the moral authority of the pro-choice movement, founded on the pretty damn American idea that all people are entitled to life, liberty, and the pursuit of happiness, whether or not they happen to be pregnant. And which also, unfortunately, gives the impression that forbidding abortion except in cases of rape or incest is a reasonable policy (it's not) and that the Republicans who pursue it as a national policy are being moderate (they aren't).

I'm the last to advocate that people make more insensitive comments about rape. Indeed, if I seem unduly jaded, it's only because I've published about 24 versions of the same article explaining why insensitive comments about rape are not good and why people should not make them. But by focusing on the sensational insensitivity of Akin or Smith or Ryan, we risk losing sight of the real battle. Rape is already illegal. Abortion must not become so. To put rape and abortion on an equal moral footing, when one limits and harms women while the other frees and benefits us, would be the real travesty.