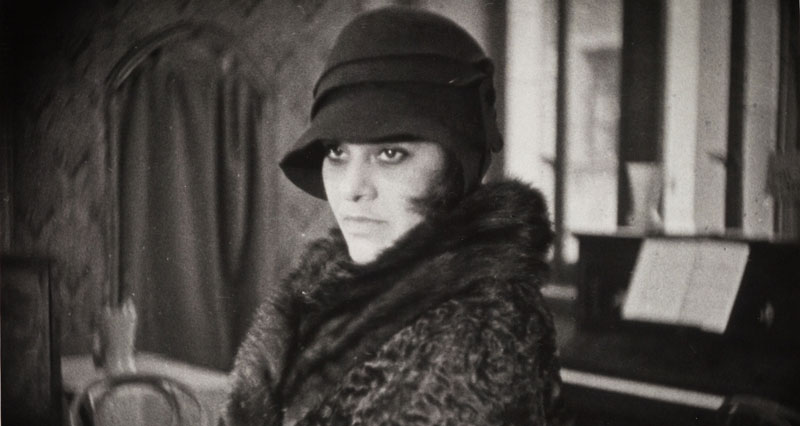 Essie Robeson as Adah in the 1930 film Borderline. (Courtesy of the Beinecke Rare Book and Manuscript Library, Hilda Doolittle Papers)

Here’s to You, Mrs. Robeson

Essie, Ransby writes, ‘had already calculated that she would go further in the world as Mrs. Paul Robeson than a smart, hard-working, attractive Negro girl could go on her own.’

Unlike the world-renowned outspoken singer and actor Paul Robeson (1898-1976), known for his leading roles in The Emperor Jones, Othello and Show Boat, few people have heard of Eslanda ‘Essie’ Cardozo Goode Robeson, the writer, anthropologist and activist who was his wife. In a compelling new biography, Eslanda: The Large and Unconventional Life of Mrs. Paul Robeson, historian Barbara Ransby introduces us to her, and, along the way, explores the sexism that allows “Great Men” to be remembered, while women like Essie, who make their fame and glory possible, are forgotten. The result is a social history that reveals Essie as a prolific journalist, author, public speaker, and advocate for women and people of color—and as a woman whose personal life was rife with contradictions and conundrums.

Essie’s first lessons came from her immediate family, a hard-working, multiethnic group of educators and professionals who taught her to value diversity and seek autonomy. With Spanish, Native American and African ancestry, some of the extended clan were so pale they could “cross over” into Caucasian society. Eslanda Elbert Cardozo, Essie’s light-skinned mother, rebelled against the pervasive colorist attitudes of the era’s African-American community when she married the dark-skinned John Goode.

After Goode’s death in 1901, Eslanda moved her family—two sons and 5-year-old Essie—from Washington, D.C. to New York City, where she found work as a beautician. The widowed Eslanda undoubtedly influenced Essie, showing her that it was possible to not only be financially independent, but to live without the self-pity that could easily have engulfed the grieving family. The result, Ransby notes, is that the child grew into “a no-nonsense teenager who was unafraid to challenge things that were, to her mind, simply unacceptable—like racism.”

In 1912, Essie and her mother moved to Chicago, and Essie enrolled at the University of Illinois at Urbana where she studied voice and chemistry. In 1916, Essie transferred to Columbia University’s Teachers College in New York, earned her degree and set out to make her mark.

At this juncture, in 1919, Essie met Paul Bustill Robeson, a tall, handsome law student who had a charisma that turned heads. Two years later—after an unplanned pregnancy that ended in an illegal abortion—the pair eloped.

Ransby writes that an element of practicality undergirded the union: “An ambitious and adventurous young woman, [Essie] had already calculated that she would go further in the world as Mrs. Paul Robeson than a smart, hard-working, attractive Negro girl could go on her own.” This perhaps explains why Essie tolerated Paul’s serial adultery and his inattention to both their household and only child, Paul Jr., born in 1927.

Paul had begun to dabble in the theater, as a stage actor and a powerful bass-baritone, while in law school, and before long launched a career that would take him around the world. Essie became a key promoter of her spouse—forming connections with people prominent in the arts, while handling bookings, billing, auditions and scheduling.

But Essie’s politicization was tempered by heartbreak: Paul was in love with British actress Yolande Jackson, and by the end of 1930 he was making it clear that he wanted a divorce. Then, abruptly, the pair decided to salvage the marriage and recommit to a non-monogamous dyad that lasted until Essie’s death in 1965. “She was his emotional anchor, career adviser, confidante, and most importantly, his loyal friend,” Ransby writes, “and in many respects and for perhaps complex reasons, she wanted to be those things for him.”

The name Mrs. Paul Robeson had a caché that opened doors. Her first book, Paul Robeson, Negro, published in 1930, served as her entrée into the literary world. When she subsequently wanted to write about the African continent—which she did in 1945’s African Journey—she was able to meet such luminaries as Mahatma Gandhi and W.E.B. Du Bois. She began to study global politics, but her interest in people led her to the field of anthropology. Trips to Africa—where she met scores of impassioned activists—helped her envision the emergence of black governance. Paul shared Essie’s concerns and he, too, became a supporter of African independence movements.

In fact, Paul became increasingly radical, and by the mid-1930s had, in the words of Paul Jr., “begun to think of himself as a citizen of the world rather than merely an artist who traveled the world.” Essie and Paul were both Republican partisans during the Spanish Civil War. And following World War II, they opposed the Cold War and supported international and domestic movements for social change—from the Progressive Party of Henry Wallace to the call for a United Nations to mediate world conflicts.

Neither Essie nor Paul ever confirmed or denied being members of the Communist Party, but they did enroll Paul Jr. in a Moscow school where he spent fifth grade as a classmate of Stalin’s daughter, Svetlana. And when Essie was called before the Senate Permanent Subcommittee on Investigations in 1953, she refused to denounce the Communist Party or the Soviet Union.

Though her passport was revoked in 1950 (and remained so until 1958), Essie continued to write about worldwide campaigns for economic, gender and social justice. Her third book, 1949’s American Argument, co-authored with Pearl S. Buck, received warm praise, and Essie was increasingly called up to endorse groups like the Council on African Affairs and the Women’s International League for Peace and Freedom.

During the 1940s, ’50s and ’60s, Essie battled frequent health problems, including breast, cervical and uterine cancer. Nonetheless, she continued to denounce injustice—whether promulgated by Adolf Hitler, Francisco Franco, Kapenda Tshombe or Joseph McCarthy. She also participated in the fight to end racial segregation at home.

By placing Essie, and not her famous husband, at the center of this history, Ransby illuminates a fascinating strand of 20th-century U.S. life and culture. In addition to the big social and political picture, Eslanda portrays a woman who, as Ransby writes, “lived an extraordinary life—a rich and robust life sometimes brimming with contradictions, even painful ones, but a life that was never small.”