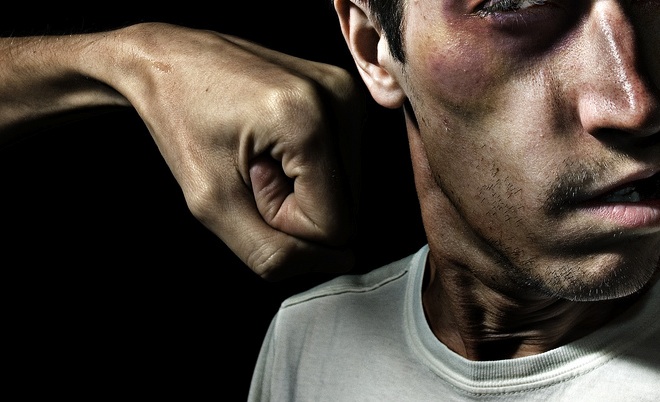 The GOP respects the hand of the market, but disrespects those who work for it.

The minimum wage now, because it hasn’t kept pace with inflation over the past four decades, is effectively $3.30 an hour lower than it was in 1968, making life significantly harder for this century’s low-wage workers.

The invisible hand of the market, which the GOP worships as an infallible god, is curled into a fist and is pounding America’s lowest-paid workers.

Those workers have complained about the grinding poverty level of minimum wage. Walmart warehouse workers and New York fast food workers are demonstrating in the streets. They’re fed up. Well, they would be if they could afford enough to eat. President Obama responded, asking Congress to raise the minimum wage, which was last increased to $7.25 an hour in 2009.

Republicans, the party of NO, replied to Obama’s request with a surly “No way!” Respect the hand, they said, referring to their beloved spectral regulator of the market. Government, Republicans said, must not tell business what to do, must not “burden” business by requiring it to pay a little more. Republicans never mention the burden under which 18 million minimum wage workers struggle, working full-time for $15,080 a year, barely enough to feed, clothe and house themselves. That’s because Republicans revere non-humans—corporations and invisible hands—while denigrating and disrespecting humans who work with their hands to serve food, care for the elderly and stock shelves.

The disrespect could be heard in Republican presidential nominee Mitt Romney’s voice as he derided 47 percent of all Americans as “takers.” That huge number Romney despises includes minimum wage workers—84 percent of whom are 20 or older—whose children receive immunizations and antibiotics through Medicaid because employers paying minimum wage virtually never provide health insurance.

That GOP disrespect for low-wage workers was in the voice of House Speaker John Boehner, R-Ohio, when he rebuffed the President’s proposal to increase minimum wage by asking, “Why would we make it harder for small employers to hire people?”

Clearly, Boehner doesn’t care that each year, as inflation rises and minimum wage remains flat, survival gets harder and harder for working people. Clearly the Speaker doesn’t care that the minimum wage now, because it hasn’t kept pace with inflation over the past four decades, is effectively $3.30 an hour lower than it was in 1968, making life significantly harder for this century’s low-wage workers. The hardship of humans doesn’t concern Boehner.

Boehner’s response suggests that he actually cares about hiring, but this is the guy who just refused to close tax loopholes or end oil subsidies to soften the blow of the sequester cuts—reductions that the Congressional Budget Office calculates will cost 750,000 jobs. Eliminating jobs definitely is worse than making it harder to hire.

Republicans in Florida and Arizona actually proposed reducing their minimum wages for some workers last year. Eric Cantor, the Republican from Virginia and House Majority leader, introduced legislation last year, and has promised to do it again this year, to terminate workers’ rights under federal law to receive overtime pay when they work more than 40 hours a week. And former Republican presidential primary candidate Newt Gingrich wanted to get rid of child labor laws, recommending schools fire their adult janitors and employ poor children at lower rates.

The consistent theme is that Republicans don’t want to control corporations at all. Their mantra is: Let the hand do its work!

Historically, that hasn’t gone so well for workers and citizens. From air pollution to worker health to product safety, the hand has failed to protect the people. Without laws safeguarding quality and purity, “swill milk,” sold by “dairymen” who knew it was dangerous, killed 8,000 babies a year in New York City in the 1850s. Without laws regulating pollution, smog from mills in Donora killed 22 people and sickened 13,000 nearly a century later in 1948. Without laws or adequate government enforcement, workplace exposure has killed—and still kills to this day—untold thousands of workers, including far too many painfully struggling for breath from asbestosis, silicosis and black lung.

Knowing that history, Americans support government regulation. Wall Street is a perfect example. Gambling on Wall Street caused the Crash of 1929. Government responded with the Glass-Steagall regulations in 1933. Wall Street persuaded Congress to repeal them in 1999, then resumed gambling and crashed the economy again in 2008, after which Americans strongly supported restoring financial regulation.

Another important poll taken after President Obama’s call was conducted by the IGM Forum, which is run by the University of Chicago Booth School of Business. The Forum asked a group of top economists whether they thought increasing the minimum wage to $9 was worth any potential disadvantages. When weighted by their confidence, the poll found 62 percent agreed the raise was worth the risk.

It seems wise in a democracy to go with the judgment of the great majority of citizens and experts rather than with the invisible fist, which has proven itself evil and which, at this moment, has low-wage workers down for the count.