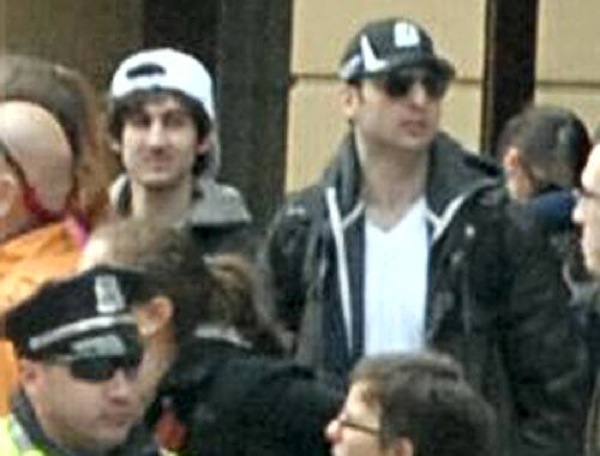 Speculation is swirling about the motives of Dzhokar and Tamarlan Tsarnaev, the alleged culprits in the Boston Marathon bombings last week. (Wikimedia Commons)

What drove the Tsarnaev brothers to violence?

Though I have moved far from my own refugee past—I've become an American writer and journalist—I never underestimate the speed with which an immigrant boy can go off track, and how his vision of America as a land of milk and honey can quickly shift to that of a bona fide Waste Land with something as simple as a failing grade.

SAN FRANCISCO—As the story of the Tsarnaev brothers unfolds—from asylum, to attempts at assimilation and finally to terrorism—I hear echoes of another set of brothers from my own country, Vietnam.

On April 4, 1991, three Vietnamese brothers and a friend—all teenagers—took over an electronics store in Sacramento. The group held 41 people hostage, garnering national attention as journalists flocked outside the store. Inside, the boys prowled about with their guns, the hostages tied up.

What did the Nguyen brothers want?

They wanted $4 million dollars, 1,000-year-old ginseng roots (thought to make one invincible in battle), helicopters and bulletproof jackets. Their plan: To fly back to Vietnam and take on the Vietcong.

Negotiators on the scene were baffled, and when talks broke down the four began to wound hostages as a means of showing they were serious. The SWAT team ultimately stormed the grounds, killing three of the four hostage takers and critically wounding the oldest of the three brothers. Three hostages were killed before the siege ended.

Tamarlan Tsarnaev, 26, and his younger brother, Dzhokhar, 19, are the alleged perpetrators of the Boston Marathon bombings of last week, which claimed three lives and injured hundreds more.

Tamarlan was killed in a manhunt after the attack. His brother is now in custody and faces a possible death sentence.

Like the Tsarnaevs, the Nguyen brothers were described by those who knew them as decent, even obedient children. They attended church regularly. There was little hint at the barbarism they would later commit. Their parents, too, in the aftermath of the bloodshed were left to wonder: Why?

Yet not everyone who comes to America really manages to enter America. The late UC Berkeley sociologist Franz Schurmann once noted that the two paths for children of immigrants to become American once lay either through education or the military. But there's no longer a draft, and the other institution, the American education system, is failing our kids.

The Tsarnaev brothers, though reportedly well-adjusted and well-liked, too, failed school. One of their uncles, when asked for an explanation of their actions, described them as “losers” who harbored a hatred of those who were able to settle into life in America. “These are the only reasons I can imagine. Anything else, anything else to do with religion, with Islam, it's a fraud, it's a fake,” he said.

Often the successful border crosser will use language to overcome shame by refusing silence. He will find ways to articulate and redefine himself; his revenge over his ignominious past is his successful transition in America, his newfound status. But when access to America's grandeur is blocked or denied, especially for children from war-torn lands, old memories have a way of reaching out. Inherited trauma, ever-present in refugee homes, becomes seductive, something to latch one's identity. In fantasy, in search for a new myth, some, like the Nguyen brothers, even fantasize themselves fighting their father's lost war, defending a land long lost.

Unable to move forward, they reach back to the wars of their homeland. Lacking imagination, violence by default becomes their game.

Though I have moved far from my own refugee past—I've become an American writer and journalist—I never underestimate the speed with which an immigrant boy can go off track, and how his vision of America as a land of milk and honey can quickly shift to that of a bona fide Waste Land with something as simple as a failing grade. Ambition, too, can shift to rage and hatred, and the “mixing memory and desire,” to quote T.S. Eliot, can like spring rain stir all “dull roots.”

For children from strife-torn lands, the Old World, though distant and forsaken by the years, sometimes calls out for blood. The war, the humiliation, the subsequent exodus, life in exile, poverty, the continual subjugation of their people back home, their invisible refugee life in America—all are compounded into a kind of unshaped angst. They become susceptible to various indoctrinations. And unfortunately, given a mixing, they could even find expressions through the language of annihilation, the language of bombs and guns.