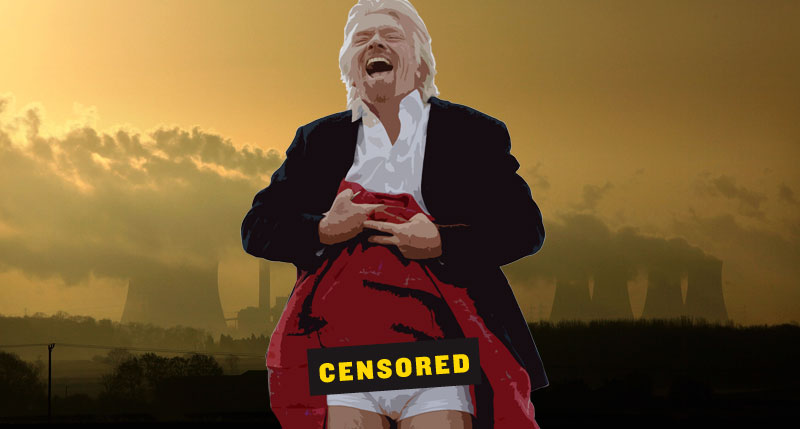 Scientists estimated that by these means, one ton of iron could remove 30,000 to 110,000 tons of carbon from the atmosphere. Ocean fertilization, however, poses risks to the cycling of macronutrients such as phosphorus and nitrogen, disturbances that scientists have identified as being potentially “deleterious or even catastrophic” to ecosystems worldwide.

Carbon dioxide levels in the earth’s atmosphere recently crossed the 400-parts-per-million mark, and if international action on climate issues is further delayed, global temperatures look likely to jump by 6.3 degrees by the end of the century. Such an increase would lead to “a world without ice—no glaciers, no Arctic sea-ice, no Greenland ice sheet and, almost inconceivably, no Antarctic ice mass,” writes Clive Hamilton in his new book, Earthmasters: The Dawn of the Age of Climate Engineering.

Geoengineering—broadly defined by Hamilton as “the intentional, enduring, large-scale manipulation of Earth’s climate system”—was long agreed to be a fool’s pursuit: most likely impossible, most definitely expensive and most certainly a distraction from the very real need to reduce carbon emissions worldwide. But in 2006, Hamilton writes, the Nobel Prize-winning Dutch atmospheric scientist Paul Crutzen changed the conversation with an essay in the journal Climatic Change in which he proposed “stratospheric sulfur injections” as a potential strategy to arrest climate change. Convinced that the reliance on political processes to resolve issues of global warming had become a “pious wish,” Crutzen argued instead for substantial investment in sulfate aerosol research. Crutzen’s essay made waves. When, in 2009, the Independent of London polled 80 international climate-science specialists, more than half agreed that “the situation is now so dire that we need a backup plan” such as “the artificial manipulation of the global climate.” In 2010, the Intergovernmental Panel on Climate Change (IPCC) announced that its fifth assessment of global warming (slated for publication in 2014) will for the first time evaluate geoengineering technologies.

Geoengineering schemes, says Hamilton, can be broken down into two types. The first, known innocuously as “carbon dioxide removal methods,” are the meteorological equivalent of sweeping dirt under the living room rug. They involve extracting carbon dioxide from the air only to put it somewhere else. That “somewhere else?” Well, our oceans’ 42,000 gigatons of pure carbon retention have long impressed researchers, especially when compared to the puny 11 gigatons we emit annually.

But how does one stuff all that excess CO2 into the briny depths? “Ocean fertilization”—in other words, dumping large amounts of iron into our oceans in order to explode the population of the tiny sea plants known as phytoplankton, which feed on iron. Phytoplankton, in turn, absorb dissolved carbon dioxide, taking it with them down into the depths of the ocean when they die. When research into ocean fertilization first began, scientists estimated that by these means, one ton of iron could remove 30,000 to 110,000 tons of carbon from the atmosphere. Ocean fertilization, however, poses risks to the cycling of macronutrients such as phosphorus and nitrogen, disturbances that scientists have identified as being potentially “deleterious or even catastrophic” to ecosystems worldwide.

The second kind of geoengineering, which falls under the broad rubric of “solar radiation management” (SRM), seeks to regulate the earth’s increasing temperatures by reflecting a greater amount of sunlight back into space. The leading hope in SRM involves spraying roughly 6 million tons of tiny sulfur particles into the earth’s stratosphere. These sulfur particles combine with dust and water to make sulfate aerosols, which could reflect an extra 2 percent of incoming solar radiation. That’s “about what it would take to offset the global warming associated with a doubling of greenhouse gases in the atmosphere,” writes Hamilton.

Hamilton posits that the challenge of geoengineering is what makes it appealing to techno-entrepreneurs like Microsoft chair Bill Gates, who see “climate change as a technical problem that requires some kind of ‘killer app.’” Gates, Hamilton tells us, is “the world’s leading financial supporter of geoengineering research” and retains shares in several companies—including Silver Lining, Carbon Engineering Ltd. and Intellectual Ventures—seeking patents for a range of new technologies. And British billionaire Richard Branson has offered a prize of $25 million for the best plan to extract carbon from our atmosphere.

Proponents of geoengineering claim it is more feasible than the radical social changes necessary to curb global emissions. They describe geoengineering as an “incentivized market solution”—one that, not coincidentally, does remarkably little to de-incentivize continued carbon pollution. In fact, should humanity one day embark on a global program of injecting sulfate aerosols into the stratosphere, energy companies will suddenly have a greater market for their waste. Sulfur, Hamilton notes, is a byproduct of oil and gas production and is also scrubbed from the flue gases of coal-fired power plants. If a sulfate aerosol program should one day account for as much as 5 to 10 percent of global sulfur demand, Hamilton predicts that “lobbying to protect the shareholder value of sulfur producers could influence decisions about the planet’s climate.” If that sounds far-fetched, consider that the sulfur industry already has a lobbying group working in Washington.

Without international regulation of geoengineering, little stands in the way of rogue projects. In 2007, Planktos, a company financed by a Canadian real estate developer, announced that it was going to get into the emerging market for carbon offsets by fertilizing the oceans near the Galapagos Islands. But word got out, and as the vessel prepared to set sail, the International Maritime Organization, the U.S. Environmental Protection Agency and the Galapagos National Park joined forces to stop the project. The debacle drew attention to both the danger of rogue geoengineers and the absence of an international regulatory framework.

However, to the “scientific-technological elite”—as President Eisenhower famously called them in 1961—“the lure of the technofix is irresistible,” writes Hamilton.  As irresistible—to energy companies—as the lure of a sulfate aerosol solution that promises additional profits with no penalties.