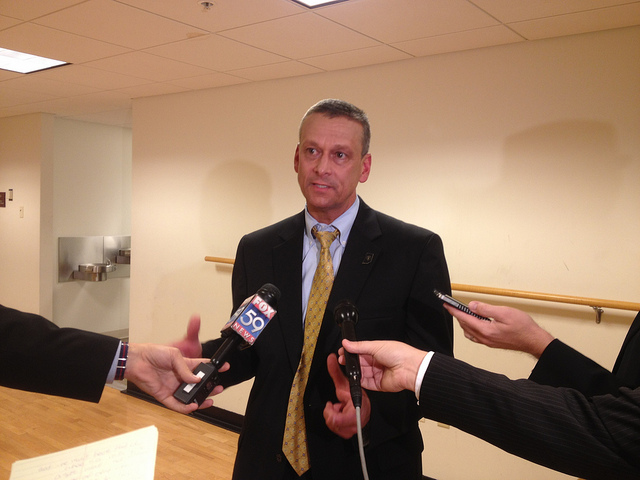 The ongoing education debate has little to do with schools and everything to do with money.

No matter how many kids they harm or how many scandals they create, education 'reformers' continue getting jobs.

Paradoxes come in all different forms, but here's one that perfectly fits this Gilded Age: the most significant lesson from the ongoing debate about American education has little to do with schools and everything to do with money. This lesson comes from a series of recent scandals that expose the financial motives of the leaders of the so-called education “reform” movement—the one that is trying to privatize public schools.

The first set of scandals engulfed Tony Bennett, the former Indiana school superintendent and much-vaunted poster boy for the privatization push. After voters in that state threw him out of office, he was quickly given a job as the education chief in Florida. At the same time, his wife not-so-coincidentally landed a gig with the Florida-based Charter Schools USA—a for-profit company that not only has an obvious interest in Bennett privatizing Florida schools, but that also was previously awarded lucrative contracts by Bennett in Indiana.

Grotesque as it is to shroud such self-enriching graft in the veneer of helping children, the self-dealing controversy wasn't Bennett's most revealing scandal. That distinction goes to recent news that Bennett changed the grades of privately run charter schools on behalf of his financial backers. Indeed, as the Associated Press reported, “When it appeared an Indianapolis charter school run by a prominent Republican donor might receive a poor grade, Bennett's education team frantically overhauled his signature 'A-F' school grading system to improve the school's marks.” Yet, the Associated Press also reported that just a year before, Bennett “declined to give two Indianapolis public schools (the) same flexibility.”

In response, the American Federation of Teachers is asking Indiana to release emails between Bennett and the education foundation run by former Gov. Jeb Bush (R-Fla.)—another  prominent face of the “reform” movement. The union is requesting this correspondence because of another scandal—this one publicized by the Washington Post.

Under the headline “E-mails link Bush foundation, corporations and education officials,” the newspaper earlier this year reported on correspondence showing the foundation carefully shaping its education “reform” agenda not around policies that would most help children—but around legislation that would most quickly expand the profit margins of its donors in the for-profit education industry.

Before all of these controversies, of course, there were plenty of ways to see that something other than concern for kids has been driving “reformers'” push to privatize public schools.

You could consider that the most prolific fundraiser in the education “reform” movement is not someone with a stellar record of education policy success, but instead Michelle Rhee, the former Washington, D.C. schools chief whose tenure was defined by a massive cheating scandal.

But maybe the best way to see that profit is the motive of the education “reform” movement is to note that no matter how many kids they harm or how many scandals they create, Bennett, Bush, Rhee and other privatizers continue getting jobs and being touted as education “experts.”

Thanks to that dynamic, education politics is spotlighting a fact that should be taught in every civics class: If you are backed by enough money, you will almost always retain your status in America—no matter how wrong you are and how many lives you ruin.