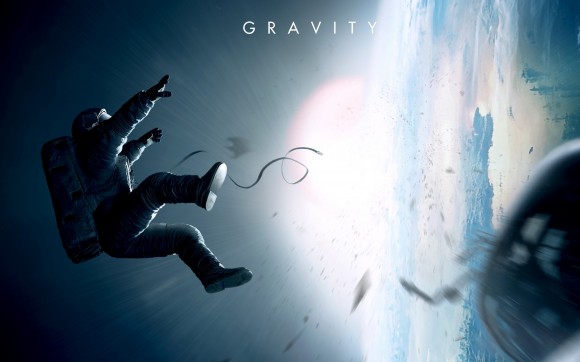 In Cuarón's Gravity, Sandra Bullock plays a genius scientist, utterly alone in space, with no man waiting in the wings to rescue her.

Gravity: A Giant Leap for Film, and a Step for Womankind

The film currently blowing up box offices is, essentially, a one-woman show.

Given that Hollywood currently operates from a vision of female power that sometimes requires women to fight wars in false eyelashes, fishnets, hot pants and peek-a-boo panties, even Bullock's boxer briefs are a blessed relief. They underscore her vulnerability as much as anything else.