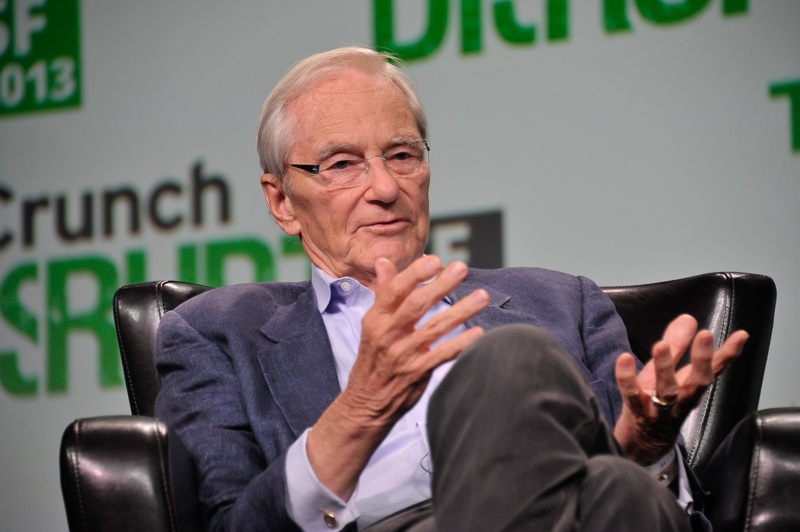 Tom Perkins bewailed supposed 'parallels' between the U.S. today and Nazi Germany’s 'war on its "1 percent," namely its Jews.' (Photo by Steve Jennings/Getty Images for TechCrunch)

Billionaires Attempt To Convince Society That They Are The Good Guys

America’s rich see themselves as victims of Nazi-like persecution.

The rich have never been richer and the poor keep getting poorer. The financial Masters of the Universe enjoy indefinite taxpayer-funded bailouts, while the social safety net for the poor is gutted. The ruling class that engineers crushing economic inequality gathers at the World Economic Forum in Davos to pretend to care about said inequality, and then promises no concrete actions to combat the crisis. Many high-income earners pay a lower effective tax rate than low-income earners, and IRS data show that in the last few years the rich have seen a steep decline in the share of taxes they pay.

And if you think there’s a problem with any of this, you’re a Nazi. At least according to the poor, put-upon oligarchs.

The latest fat cat to compare critiques of inequality to violent National Socialism is venture capitalist Tom Perkins—he of the $150 million yacht and the 5,500-square-foot San Francisco penthouse. In a letter to the Wall Street Journal editor, this Silicon Valley billionaire last week bewailed supposed “parallels” between Nazi Germany’s “war on its ‘1 percent,’ namely its Jews” and “the progressive war on the American 1 percent, namely the ‘rich.’” Citing rising angst over inequality, he insisted: “This is a very dangerous drift in our American thinking. Kristallnacht was unthinkable in 1930; is its descendent ‘progressive’ radicalism unthinkable now?”

From this skewed perspective, the 85 people who now own as much wealth as 3.5 billion people aren’t the big winners. They are instead a persecuted diaspora being exterminated by Hitler.

If that sounds absurd, that’s because it is. However, what was missed in much of the media outrage over Perkins’ letter is the fact that his sentiment isn’t new. In fact, it is altogether mundane. Indeed, as predicted by Godwin’s Law, the phenomenon known as Reductio ad Hitlerum has become the aristocracy’s standard rejoinder to both critiques of economic inequality and policy proposals that might reduce such inequality.

Back in 2010, for instance, billionaire Stephen Schwarzman said this about a proposal to tax his private equity income at the same rate as everyone else's income: “It’s a war. It’s like when Hitler invaded Poland in 1939.”

You can find lots more of this Third Reich-flavored tripe by just Googling “Obama” and “Hitler.” If you broaden out your search beyond National Socialism to include all forms of violent white supremacy, you’ll find even more, including AIG CEO Robert Benmosche declaring that anger over his bailed-out company’s bonuses was “just as bad” as lynchings of African Americans in the Jim Crow South. And if you go one step further and look for all the claims that the rich are oppressed, you will find a seemingly endless supply of statements to that effect.

The point here—beyond simply deploring plutocrats for their gross insensitivity—is to understand all these outbursts not as anomalies, but as statements that are part of a larger narrative. As author Thomas Frank says, that narrative is designed to make us “pity the billionaire.”

The objective of this sleight of hand should be obvious. Rather than permit any honest discussion about the serious problems that accompany rampant economic inequality, the winners of this economic system aim to manufacture story lines that depict themselves—not the poor—as victims on par with history’s most persecuted peoples.

It is, as Frank says, the great “hard-times swindle” of the modern era. Recognizing it as such is the first step toward a more rational conversation about fixing an obviously broken economy.

9 Stats That Show the Tax Code Favors the Ultra-Rich