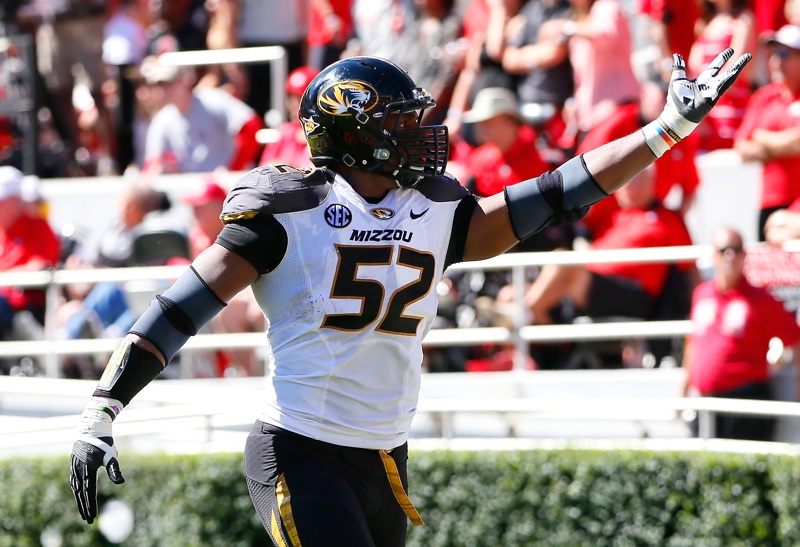 The league’s remarks about Michael Sam aren’t just anti-gay; they are employment discrimination.

If the quality cited as reason to discriminate was something else—say, race—such comments would likely open the NFL up to a serious lawsuit.

If ever there was a perfect example of how employment discrimination against gay people operates on a day-to-day basis—and why Congress needs to outlaw such discrimination—the National Football League just provided it.

Following SEC Defensive Player of the Year Michael Sam’s announcement that he is gay, the league issued an official statement saying: “We admire Michael Sam's honesty and courage. Michael is a football player. Any player with ability and determination can succeed in the NFL. We look forward to welcoming and supporting Michael Sam in 2014.”

That’s all well and good. However, in a Sports Illustrated story about Sam, other league officials hiding behind anonymity declared that NFL teams will likely punish Sam for his sexual orientation.

An NFL player personnel assistant said: “I don’t think football is ready for [an openly gay player] just yet. In the coming decade or two, it’s going to be acceptable, but at this point in time it’s still a man’s-man game. To call somebody a [gay slur] is still so commonplace. It’d chemically imbalance an NFL locker room and meeting room.”

An NFL scout said: “I just know with this going on this is going to drop him down [in the draft].” He added: “There’s no question about it. It’s human nature. Do you want to be the team to quote-unquote ‘break that barrier?’”

An NFL assistant coach called Sam’s decision “not a smart move,” and promised that it will “legitimately affect [his] potential earnings.” That coach went on to justify his statement by saying: “If you knowingly bring someone in (the locker room) with that sexual orientation, how are the other guys going to deal with it? It’s going to be a big distraction.”

Whether or not Sam was ultimately going to end up a top draft pick based purely on his skill is not the point. What’s important here is that NFL executives are admitting that regardless of his skill, Sam will suffer consequences specifically because he is openly gay. (For context, it is important to note that NFL’s comments to this effect follow earlier claims by former Vikings punter Chris Kluwe that he was fired for supporting marriage equality.)

At a moral level, it is obviously sad to see NFL officials rationalizing, justifying or otherwise tacitly condoning discrimination against someone on the basis of his sexual orientation.

But wait, you’re saying. How do these quotes in the Sports Illustrated piece represent not just ugly homophobia, but also employment discrimination?

Go back and re-read the NFL’s comments, but remove all the stuff about football and simply remember that the NFL is an employer, meaning that these quotes are potential employers talking about a potential employee.

If your answer is “no,” then you should probably tell your congressperson to support ENDA.