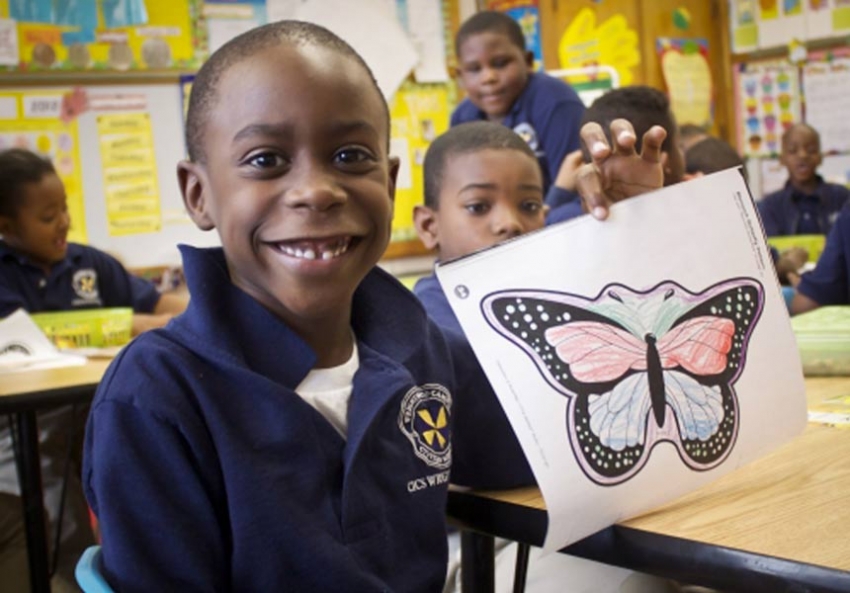 Charter Schools: The Promise and the Peril

Since the first charter school was established in 1992 in St. Paul, Minn., the model has rapidly taken hold in cities across the United States. As of December 2011, about 5 percent of U.S. students attended the nation’s 5,300 charter schools.

A charter school is a public school governed by a nonprofit organization under a contract—or charter—with a state or local government. This charter exempts the school from selected rules and regulations. In return for funding and autonomy, the charter school must meet the accountability standards as defined by its charter.

There are as many types of charter schools as there are educational approaches. But a common difference between charter schools and traditional schools is that charter school teachers are not typically unionized. Another is that their day-to-day administration is sometimes managed by a for-profit corporation.

Critics charge that charter schools are  the first step toward education vouchers  and, ultimately, the privatization of public education. A lot of public money is  at stake. Rupert Murdoch has observed that K-to-12 education is “a $500 billion  sector in the U.S. alone that is waiting  desperately to be transformed.”

In These Times spoke with three Chicagoans who have strong opinions about the charter school movement: Catherine Chandler Deutsch, senior manager of strategy and research at the Illinois Network of Charter Schools; Chris Baehrend, an English teacher at the Chicago charter school Latino Youth High School and vice president of the Chicago Alliance of Charter Teachers and Staff union, which is part of the American Federation of Teachers; and Daniel Hertz, a graduate student at the University of Chicago’s Harris School of Public Policy who writes frequently about education issues.

What do you see as the main differences between Chicago’s charter schools and the schools managed by Chicago Public Schools?

CHRIS: Charter schools are public schools. It’s almost all public money that funds them, and it’s public school children who attend them, but private companies run them. So the lack of democratic participation in charter schools is an issue, especially where they are replacing neighborhood schools, like here in Chicago. The other problem is that at nonunion charters, teachers are at-will employees, wildly afraid for their jobs, afraid to speak up for students, so there’s huge teacher turnover. That is destabilizing for children, especially for children who already live in destabilizing environments.

CATHERINE: What ties charters together and distinguishes them from traditional schools is the overall trade-off they make: more autonomy in exchange for more accountability. They have freedom from some of the regulations that make it hard for adults in traditional public schools to design their school in the best interests of their specific students and their specific teachers. The promise of the charter school movement is innovation, student-centered design and a certain amount of nimbleness. So, if interventions, if programs, if vendors, if teachers aren’t benefiting the students, charters are able to pivot and don’t have to walk through the red tape that a principal in a district-run public school would have to walk through.

DANIEL: Both of those answers made a lot of sense. But independence from the bureaucracy can raise its own issues. For example, charter schools can expel students for reasons that a regular public school cannot. And in public education, everyone has the right to go to school, so if charter schools are kicking out the students who cause problems, then the burden of educating those students falls entirely on public schools. And that is an issue.

How would you respond to allegations that the charter school movement is a backdoor effort to turn  public education over to for-profit corporations?

CHRIS: Charters were originally proposed by American Federation of Teachers President Albert Shanker as a small number of schools run by teachers who had the protection of a union. They would only exist for a short period of time to try and deal with the students with the most difficult issues, and then once those lessons were learned they would be dissolved.

That should be the model—one in which charter schools do not replace district schools. That is the real promise of charter schools. But when charters are used to privatize public education, new problems come up. There is less accountability for private businesses than public institutions, so I worry that the money isn't getting into the classroom, but ending up in administrator salaries.

CATHERINE: All charter holders are nonprofits. Charter schools are accountable for the success of their students. How can we get growth of the skills and the character qualities in kids that are going to result in more success for them later in life? The 55,000 parents with children in Chicago’s charter schools feel this is a democratic system where they can choose for their kid the best school, even if they happen to be raising their kid in Austin or Englewood or North Lawndale, where their kid, just because of being born there, has a very high chance of incarceration and a very low chance of graduation. Charter schools are turning these odds around. What would you say to those parents?

CHRIS: Why aren’t they calling for charter choice on the North Side? Or in the rich north suburbs?

DANIEL: I have been in a lot of charter schools that are doing really impressive things with their kids. But I think it is dangerous to say that these are the best schools. They’re not. If you’re going to hang your hat on numbers, like ACT scores, they are still below CPS’s own targets and dramatically lower than many of the middle-class schools out in the suburbs or on the North Side.

It may be the best current option for someone living in Austin, but the idea that this is an exceptional option is just not true. The education gap is still just enormous.

Parental income has been shown to be a strong predictor of a child’s success in the classroom, so wouldn’t it be better if we put our effort into guaranteeing a universal living wage, rather than putting the onus on schools and teachers to make up for the failings of society?

CHRIS: So many of the problems in the classroom are because of things that happen outside of the classroom, right? And these issues are often related to poverty. The Chicago Teachers Union and my union, Chicago ACTS, have been fighting for more justice in society because we care about the children in our city. So whether it is the Fight for 15 or the fight for democratically elected school boards or the fight to keep neighborhood schools open because they are centers of democracy, Chicago teachers are at the forefront.

CATHERINE: Anybody working in any school building in Chicago right now is in search for a way to mitigate the effects of poverty on kids. Parental income is a very big predictor of student outcomes. But education is one of our best tools for addressing this opportunity gap. When I hear Diane Ravitch and others say that charter schools are somehow trying to fix education rather than fix poverty, I think that’s a false choice.

Charter schools serve as evidence points for what’s working. We can measure the poverty level of kids and measure the level of interventions that they are getting and compare kids with similar demographic backgrounds and say that these interventions, these teachers, these schools, these programs, these funding levels are working better than the alternative. And we are all invested in any solution that can come out of that.

CHRIS: I support all schools, district and charter, although I oppose charter proliferation. The big problem is the privatization of public education, which proceeds by busting unions and offering false choices instead of fair funding for every neighborhood school.