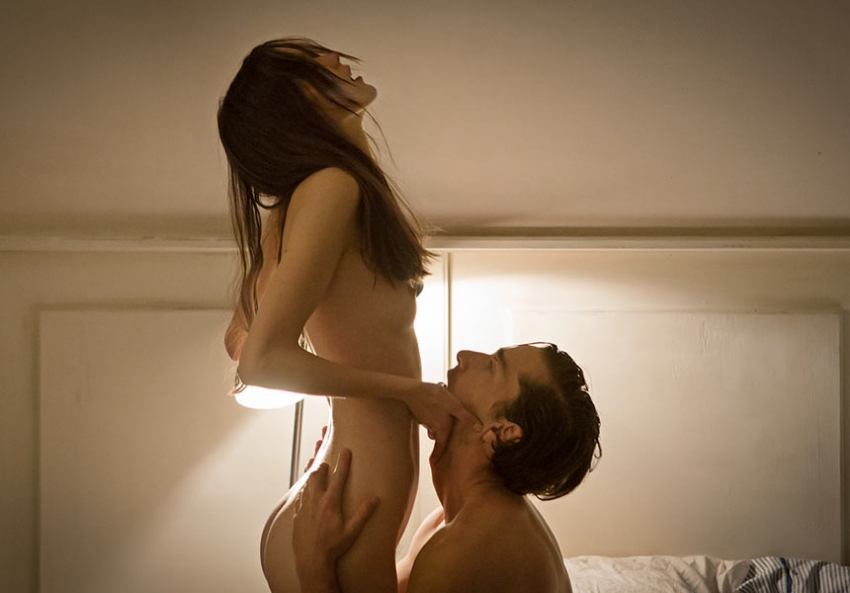 The two-part film feels like the work of teenage boy.

Reality doesn’t much intrude on von Trier’s thinking, despite the film’s air of gritty sexual politics and its handheld naturalistic filming.

Predisposed though I am to appreciate enfants terrible and anti-authoritarian punk gestures and all-around nettlesomeness, I can no longer tolerate Lars von Trier. The world’s most notorious and beloved film-fest troublemaker for 30 years now, the director of a relentless series of aestheticized provocations such as The Kingdom (1994), Dogville (2003), Antichrist (2009) and Melancholia (2011), von Trier specializes in pushing sociosexual buttons and exploring the victimization of women. This has become a problem, because, as is brutally evident in his new two-part, four-plus-hour epic Nymphomaniac, von Trier doesn’t know the first thing about female sexuality.

Nymphomaniac (the “o” in the title stylized by a vulval pair of parentheses, “(),” a symptomatically childish gesture) essentially boils down to a dialectical dialogue of sorts between Seligman (Stellan Skarsgård), a solitary aging bachelor, and Joe (Charlotte Gainsbourg), a watchful whip of a woman Seligman finds beaten in an alley and takes home to his barren studio flat. There, Joe regales the curious caregiver with the story of her life—which is the story of her unremitting desire to fuck.

Von Trier jazzes up Joe’s saga with diagrams, archival footage and self-referentiality (Joe even puts titles on her “chapters”), as the well-read Seligman connects the smutty tales to tangential ideas, including the Fibonacci sequence, Bach’s polyphony, the stations of the cross, fly-fishing and James Bond. But the gist of the overlong film is Joe’s consciously extreme sexual resumé, from spontaneous tween orgasms to teen belt-notch “competitions” to juggling multiple lovers in a single evening to, eventually, bloody sadomasochism.

Huge swathes of the film play out as though the director were imagining the interior life of his heroine and her compulsive vaginal engagement using only material from his own inexperienced fantasies, the way a blind man might imagine a rainbow. Von Trier has his heroine start a militant anti-romance girls club (they’re rebelling against love, you see), roll dice to decide which of her liaisons to pursue or drop, lubricate at her father’s death bed, give birth by Caesarean so her “cunt” won’t lose sensitivity and sit patiently in a horsewhipping sadist’s waiting room with other women eager for a drubbing. It’s a litany of notions that might occur to a frustrated 16-year-old boy who’s never touched a breast. Reality doesn’t much intrude on von Trier’s thinking, despite the film’s air of gritty sexual politics and its handheld naturalistic filming.

There are glimpses of hardcore sex (more in the uncut Danish version—supposedly managed by digitally blending porn actors’ genitals with the stars’ bodies). But sexual politics is the bear von Trier is deliberately poking, constructing his film narratives as though he’s an expert in female pathology, so that’s the scrim through which we should view Nymphomaniac. The tragic terrain von Trier is approaching here is the mysterious Sadean region where mundane halfmeasures like love, coitus, pleasure, devotion and social normalcy pale before the need to go further, where passion and physical contact isn’t enough, where nothing is enough. In cinema and in action, sexual extremism and sadomasochism are metaphors for the unbridgeable distance between people. We are, now and always, on our own.

But Joe, completely self-focused, seems to be hunting for autonomy and “oblivion,” not communion with others. You’d think that perhaps Michael Haneke’s majestic The Piano Teacher (2001), which carefully dissects the outsider-ness of sexual self-destruction, might be the brass ring von Trier was reaching for. Still, the philosophical feminist precedent to beat is still Agnès Varda’s chilling, scorchingly defiant Vagabond (1985), which limns an antisocial odyssey to the edge of extinction without resorting to semi-porn.

In the 1990s, von Trier was both a skilled crafter of intense melodramas and a half-assed social scientist; by now, the dramatic fireworks have fizzled or become empty histrionics, leaving only the bad ideas. Von Trier may have thought he was making an important statement with Nymphomaniac, but too much of the film feels merely exploitative and ill-informed. It’s difficult to shake the sense that the filmmaker is merely indulging his own kinks and his own blinkered view of women.