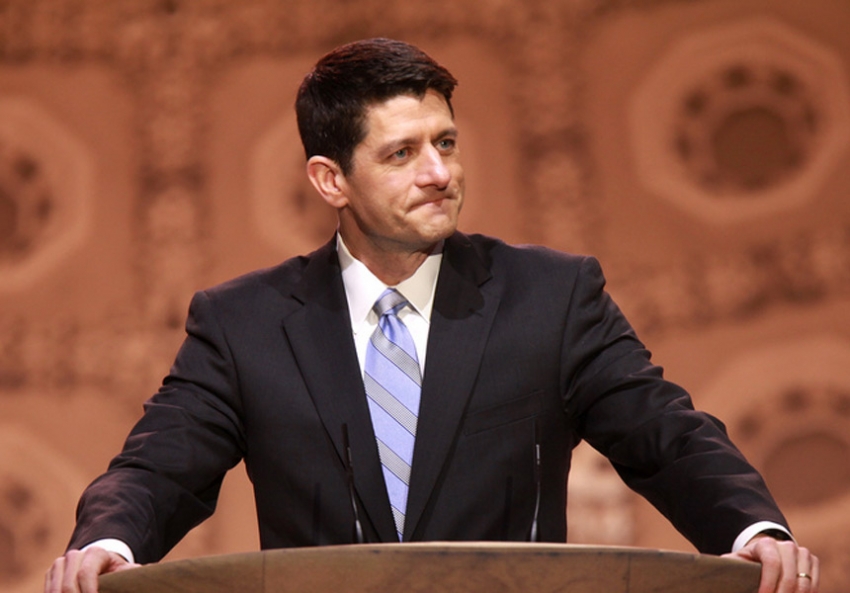 Republicans Root for the Villain

Paul Ryan’s new budget steals from the poor and gives to the rich.

Rejecting dozens of heroic characters, from Captain America to Underdog, Republicans last week chose instead a villain for their figurehead.

They selected Prince John, the guy who coddled the rich and tried to crush Robin Hood. House Republicans voted to elevate Prince John as their champion when they passed a budget slashing taxes for the rich and decimating programs for workers and low-income Americans.

Wisconsin Republican Paul Ryan, who authored the anti-Robin Hood spending plan, said the budget “comes down to a matter of trust.” Trust, Ryan believes, should be placed in the rich and Washington politicians like him, a Prince John man who devised a spending scam enriching the rich and depriving the rest. Ryan asked, “Who knows better: the people or Washington?” The GOP answer: Washington, of course. A place purchased by the very, very rich.

Ryan’s anti-Robin Hood spending plan takes health care from the poor and elderly and gives tax breaks to the rich and super rich. Really. Republicans voted to cut taxes for millionaires and billionaires from 39.6 percent to 25 percent. Nice, right? Except for Americans who depend on Medicare, Medicaid and Obamacare.

Republicans voted to voucherize Medicare, which would force senior citizens to pay thousands of dollars more each year. Ryan and his fellow House Republicans voted to kill Obamacare, which means the 7.1 million who got insurance on the exchanges would lose it; the 3.1 million young people covered under Obamacare’s extension of their parents’ plans would lose insurance, and the 3 million who got insurance under Obamacare’s Medicaid expansion would lose it.

That’s 13 million without health insurance, in addition to low-income seniors struggling to pay premiums as Ryan’s vouchers lose value. But, hey, billionaires get a tax break!

Ryan’s anti-Robin Hood spending plan robs low-income Americans of funding for Pell Grants, Head Start and special education while granting tax breaks to corporations so profitable that they are sitting on $1.5 trillion in cash. Republicans would hand corporations a tax rate cut from 35 to 25 percent, while ensuring that an uneven educational playing field prevents impoverished Americans from ever achieving those new, lower tax rates for the rich.

Ryan’s anti-Robin Hood plan would pierce Big Bird’s heart with an arrow while freeing corporations from paying taxes on overseas corporate earnings. Just to be clear, that would mean the death of Junior’s Sesame Street program and his daddy’s manufacturing job, since this tax system would encourage corporations to ship factories overseas where profits wouldn’t be taxed.

Ryan said federal subsidies for Big Bird’s nest—the non-profit Corporation for Public Broadcasting—“can no longer be justified.” But, Republicans believe, for-profit corporations that don’t provide public education should pay no taxes at all on offshore earnings—even while Americans supply the big military stick that protects these corporations’ foreign facilities.

Washington politician Paul Ryan’s priorities are not America’s. Seventy-nine percent of Americans believe corporations should pay the same tax rate on foreign profits as they do on domestic profits.

Forced to choose, the majority would pick Big Bird over a big bomb. Support for the war in Afghanistan has plummeted to 17 percent. Fewer than 13 percent support military action against Russia for its actions in Ukraine.

The Republicans’ priorities are all wrong. As were those of Prince John and the Sheriff of Nottingham. Ryan and his right-wing crew focus on the demands of the wealthy and ignore the values of the vast majority of Americans.

Ryan uses magical accounting to assert that his budget will balance in a decade. Eliminating the deficit is an urgent matter for Ryan and Washington Republicans, but it’s not among the top priorities of most Americans. Theirs are improving the economy and increasing jobs. Republicans ignored that, approving a budget that will reduce jobs.

Over decades, Americans created and strengthened social programs for themselves that they now cherish. These include Medicare, Medicaid, Pell Grants, Head Start, and public radio and television.

In polls, Americans have even said they are willing to pay more taxes to support beloved social welfare programs. Most believe, however, that if corporations and billionaires paid their fair share, these programs would not be threatened. For example, if millionaires paid the same percentage of their income into Social Security that minimum wage earners do, the trust fund would not run dry in 20 years potentially limiting benefits in 2033.

In a principled budget process, elected representatives would fairly tax the rich, not steal from the poor. There’s even a partial antidote for Ryan’s anti-Robin Hood budget. It’s called the Robin Hood tax. It’s a tiny fee on financial transactions. Many experts believe it would discourage risky trading on Wall Street while raising billions for programs like Pell Grants and Big Bird. Eleven European Union nations, including the four largest, are moving toward levying it.

That tax is not in the Republicans’ anti-Robin Hood spending scheme. That’s because Ryan’s a Washington politician who believes he knows better than the American people.