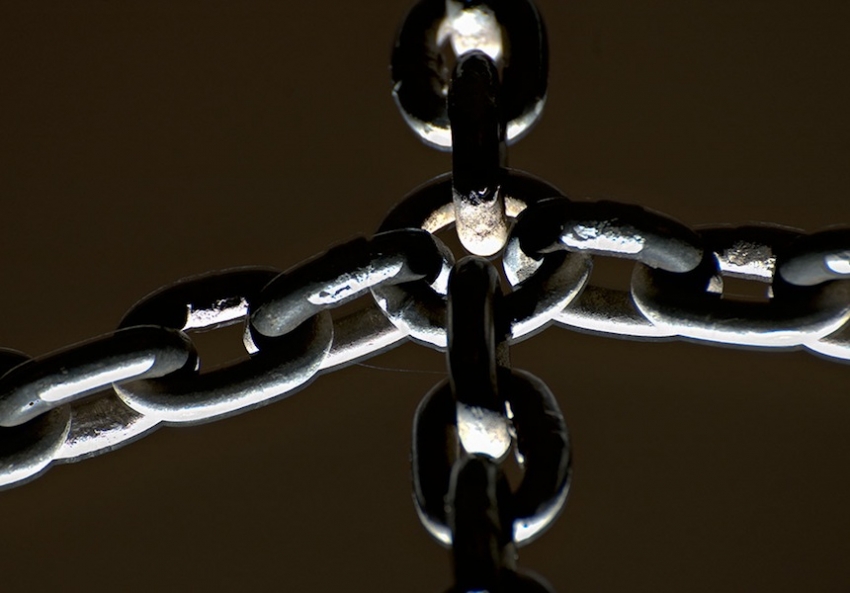 The steel industry and legislators across the political spectrum are united in their stance against foreign steel dumping. Photo by cosmo flash / Flickr / Creative Commons.

The death of the American steel industry is fine with the likes of the Wall Street Journal, Forbes and the Cato Institute. They contend cheap prices are paramount ... This is the view of rabid capitalists married to money and devoid of loyalty. Made in America means nothing to them.

Steelworkers and CEOs, Democrats and Republicans are rallying together this month across the country to alert their fellow Americans to a threat to independence.

These groups, often at each other’s throats, have allied to confront a surge in dumped foreign steel, an illegal practice that jeopardizes the viability of American mills. Steelworkers and steel company CEOs, red and blue politicians celebrate the energy independence achieved through shale gas drilling but condemn the dependence on foreign steel that failure to enforce trade laws will cause.

The alliance is asking the Commerce Department to sanction foreign steel producers who violate international trade law by dumping steel in the American market at prices below the cost to produce it. In the past year and a half, U.S. steelmakers and my union, the United Steelworkers (USW), have filed 40 trade cases seeking penalties against foreign producers for dumping.

That’s so many that now steel is the Commerce Department’s primary focus, according to Commerce Secretary Penny Pritzker, who said during an event held at a mill near Pittsburgh last week, “Roughly 75 percent of the department’s ongoing trade investigations involve steel products.”

As dumped foreign steel grabs increasing portions of the U.S. market, it threatens the American steel industry. U.S. Steel invested $100 million in its Lorain Tubular Operations in Ohio since 2010, but it was forced to lay off 73 workers there earlier this year. Plant Manager John Wilkinson said dumped steel pipe, sold at 30 percent below market value, is to blame.

Suddenly, the price of imported steel plummeted, dropping 23.1 percent between 2011 and early 2014, according to a report issued last week by the non-partisan think tank Economic Policy Institute (EPI). It’s titled: “Surging Steel Imports Put Up to Half a Million U.S. Jobs at Risk.”

For the American steel industry, that contributed to losses. It posted net losses in four of the past five years, rising from $388 million in 2012 to $1.2 billion in 2013, EPI reported. Since Jan. 1 this year, nearly 1,000 steelworkers have lost their jobs because of surging imports.

The death of the American steel industry is fine with the likes of the Wall Street Journal, Forbes and the Cato Institute. They contend cheap prices are paramount. They say Americans should thank foreign states that violate international trade laws by subsidizing their steel industries because it means Americans pay a few dollars less for cars and refrigerators. They don’t care if America would have to depend on China for the steel to make U.S. tanks and missiles.

This is the view of rabid capitalists married to money and devoid of loyalty. Made in America means nothing to them.

Not even conservative Republicans agree with them. Fourteen Senate Republicans last week joined 42 Democrats and an Independent in signing a letter to Commerce Secretary Pritzker about steel dumping. The Senators expressed concern that the Commerce Department failed to include South Korea in its preliminary ruling in February that eight countries—India, the Philippines, Saudi Arabia, Taiwan, Thailand, Turkey, Ukraine and Vietnam—dumped steel pipes used in gas drilling.

A Republican and a Democrat coordinated the letter. They are Ohio’s senators Sherrod Brown and Rob Portman. Supporting American manufacturing against illegal foreign competition is not a partisan issue. It’s an issue of patriotism.

In a conference call organized by the Alliance for American Manufacturing (AAM) to announce the EPI report, Sen. Brown said that claiming dumped foreign steel is good because it’s cheap is contending that law breaking is acceptable when it lowers prices: “It is a little bit like arguing that it is okay to buy stolen TVs because they are cheaper. They (foreign steel producers) are breaking international law.”

It’s an issue on which Steelworkers and steel executives work closely, testifying together on Capitol Hill and rallying together in steel towns. At an event regarding training last week at U.S. Steel’s Irvin Plant southeast of Pittsburgh, I joined U.S. Steel CEO Mario Longhi in calling for trade regulation enforcement.

“We’re not asking for anything special,” Longhi said. “We’re asking for a fair playing field. If that is the case, we can compete with anybody.”

A trade case involving the steel used in shale gas drilling, called Oil Country Tubular Goods (OCTG), is an example of how enforcement can level the playing field.

In 2008, China dumped more than 2 million tons of OCTG into the U.S. market. In China, as in many countries that violate trade rules, some steel companies are owned and some supported by the government.

Under international trade rules, subsidized products may be sold within the home country. But sale overseas is forbidden because it would distort prices.

The Commerce Department determined in 2009 that China was violating those rules by selling subsidized OCTG in the United States. In cases like these, tariffs on the imported products often will eliminate the benefit of the subsidies. That evens the playing field. After that was done, Chinese export of OCTG to the United States virtually stopped.

But, as Longhi testified to the Congressional Steel Caucus in March, by the time the tariffs were imposed in 2009, “many facilities were idled, thousands of steelworkers lost their jobs, and our communities and our families sustained significant and long-lasting injury.”

By last July, OCTG was a problem again. Steelmakers asked Commerce to sanction nine countries. Eight were, but the primary offender, South Korea, escaped unscathed in the preliminary ruling.

It is particularly compelling for Sen. Brown, the Democrat who represents Ohio, home of U.S. Steel’s Lorain works where OCTG is manufactured, that South Korea has no internal market for the OCTG it makes. It exports all of the pipe.

What that means, said Sen. Jeff Sessions, a Republican from Alabama, is “they see us as a big fat market they can exploit when they are in trouble.” He said the unfair trade places 13,000 jobs at risk in Alabama.

“I think we need to stand up and defend ourselves,” Sessions said in the AAM conference call. “We comply with international trade rules, and we need to expect our trading partners to comply also.”