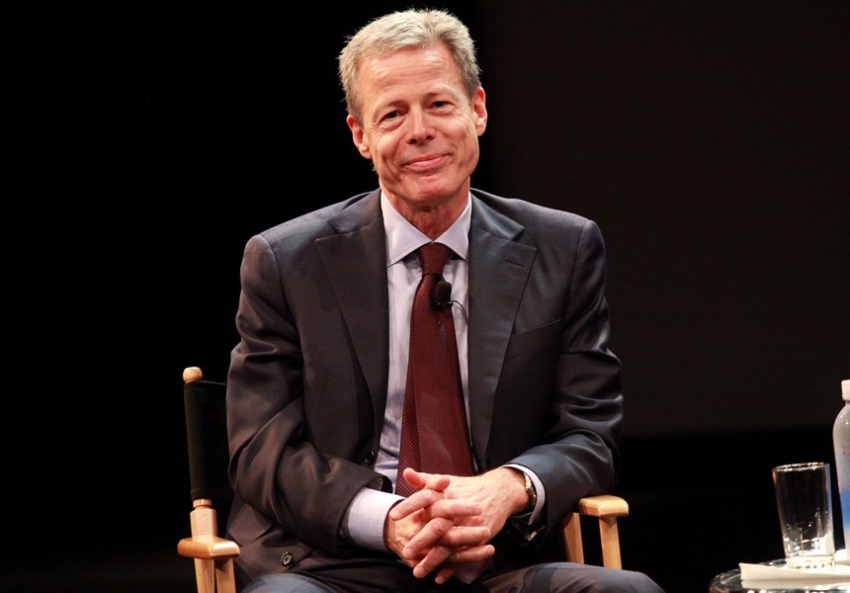 A merger between the two largest cable companies in the country, Comcast and Time Warner—whose CEO, Jeff Bewkes, is pictured here—could mean bad news for consumers.

Overall, according to the Institute for Money in State Politics, Comcast and Time Warner Cable have spent roughly $17 million on state campaign contributions in the last decade.

There are plenty of reasons to worry about the proposal to combine Comcast, America’s largest cable and broadband company, with Time Warner Cable, the second-largest cable firm and third-largest broadband provider.

For one, there’s ever more consolidated control over content. There’s also the possibility of certain types of content being given special (or worse) treatment based on the provider’s relationship with Comcast and Time Warner Cable. And there’s the prospect of even higher prices. Indeed a Comcast executive recently admitted that the company will not promise bills “are going to go down or even that they’re going to increase less rapidly.”

In the capital of a properly functioning democracy, all of these concerns would prompt the federal government to block the deal. But Washington is an occupied city—occupied by Comcast’s vast army. As Time recently reported, “The company has registered at least 76 lobbyists across 24 firms.” Those figures include neither telecom lobbyist turned FCC Chairman Tom Wheeler nor Senate Majority Leader Harry Reid’s chief of staff, who was a Comcast vice president and raked in $1.2 million in Comcast payments since taking his government job.

All of that political power is enhanced by the $9.3 million Comcast, Time Warner Cable and their affiliates have spent on campaign contributions to federal officials in just the last few years, according to the Center for Responsive Politics.

So, sure, it’s possible that Washington will block the merger, but it seems unlikely in a capital that most often follows the orders of its moneyed overlords.

As it turns out, the best hope for blocking the merger may be in the states, which could use their certification processes, public utilities commissions and attorneys general to halt the deal.

Already, there are rumblings about these possible moves. According to Consumers Union, “Over two dozen State Attorneys General have already announced that they will be reviewing the transaction”—and they could sue to stop it. Likewise, the public service commission in New York—a Time Warner Cable state—says it is reviewing the deal after the legislature recently empowered it to take action against a merger if cable companies cannot demonstrate it is good for the public. And as of last week, the Greenlining Institute is petitioning the public utilities commission in California (also a Time Warner Cable locale) to halt the deal.

The trouble, though, is that money is a factor in these political arenas, too. For instance, Comcast and Time Warner Cable have given the Democratic and Republican groups that work to elect attorneys general more than $1.4 million in the last few years. Overall, according to the Institute for Money in State Politics, Comcast and Time Warner Cable have spent roughly $17 million on state campaign contributions in the last decade. That includes almost $800,000 in California and $2.3 million in New York. Among those contributions are almost $60,000 to the re-election campaign of Gov. Jerry Brown, D-Calif., and $175,000 for ads boosting Gov. Andrew Cuomo, D-N.Y.  Both of those governors appoint the members of their states' public utilities commissions.

Of course, with surveys showing consumers furious with Comcast and Time Warner Cable customer service, it is entirely plausible that some state official will try to halt the merger. That’s especially possible considering that the firms have less control over each state than they do over Washington.

But watch the upcoming state campaign finance reports—as the merger moves forward in D.C., we are likely to see a lot more Comcast and Time Warner Cable money flooding into state politics. If the merger goes through without a peep from power players outside the Beltway, we will know just how much campaign cash it takes to keep the states quiet.