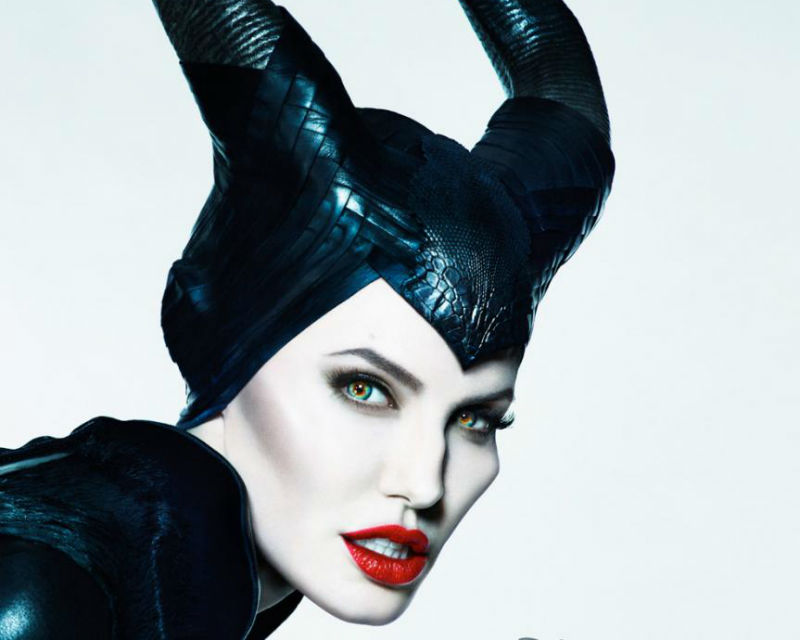 Yes, It’s Okay To Have a Metaphorical Rape in a Disney Movie

The problem with Maleficent isn’t the dark themes.

In a sense, the rape allegory in Maleficent is only restoring the subtext that the first Disney version of Sleeping Beauty cut out.

I would love to report that Maleficent is a great movie. Unfortunately, it’s a muddled, inconsistent junk-heap of a movie at best: Its bad scenes are abysmally terrible, and even its good scenes (which can be very good) suffer from taking place within a bad movie. Which is a shame, because when Maleficent is working, it’s a powerful—and very feminist—take on the Sleeping Beauty tale.

For those who've missed Disney's blitz of promotion: : Maleficent is Disney’s attempt at doing Wicked-lite. Just as Gregory Maguire’s 1995 novel—and its massively popular musical-theater adaptation, which made a star out of Idina Menzel—attempted to re-make The Wizard of Oz as a vindication of the misunderstood Wicked Witch of the West, Maleficent does the same thing with the villain of Sleeping Beauty: the wicked fairy who curses the princess to prick her finger on a spindle and fall into an eternal sleep.

In order to explain why a grown woman with superpowers would spend her time crashing baby showers and knocking teens into comas, Maleficent gives its title character (played by Angelina Jolie) both a political edge and a traumatic backstory. In this version of the tale, Maleficent is the leader of “the Moors,” a peaceable fairy kingdom that’s always warding off invasion from the “greedy” and evil human kingdom just down the road. She also has huge devil horns and draconian wings, which make her look like some fascinating-yet-grand Greek harpy. (The wings, in particular, are central to the plot.) One day, Maleficent befriends a young human boy, Stefan, who would be king. They fall in love. Nevertheless, in order to be appointed the leader of the human kingdom, Stefan is told that he must kill Maleficent, the leader of the fairies.

And here’s where things get dark. As in, very possibly too dark for a PG movie: Stefan does not kill Maleficent. Instead, he takes her out, drugs her drink, and cuts off her wings while she’s unconscious, so that he can bring them back to the humans as a trophy. If the obvious allegory here didn’t occur to you the moment you read the phrase “drugs her drink,” trust me, it will: The scene of a drugged Jolie waking up alone, feeling around her own tattered dress, and proceeding to scream and sob hysterically for about one full minute, drives the point home pretty unmistakably. It’s a deeply upsetting scene, and Jolie gives it her all; her reaction is so raw and real that you hardly even notice the goofy devil horns. At the viewing I attended, children were gasping and sobbing in the movie theater. This original trauma is the wound from which Maleficent’s hatred of the humans (and her drive to curse Stefan’s daughter, the Princess Aurora, with unconsciousness) is derived.

Several reviewers have expressed bafflement and displeasure that Maleficent introduces rape (albeit metaphorical rape) into a beloved children’s story. “Disney thought it would be a good idea to spend well over a hundred million dollars making a movie that shows the backstory of Sleeping Beauty to be a rape/revenge tale,” writes Devin Faraci at Badass Digest. “It was, predictably, not a good idea.” Meanwhile, Christopher Orr at The Atlantic returns to that scene of Jolie shrieking as she regains consciousness: “Maleficent awakes screaming: betrayed, defiled, mutilated, her most wondrous gift torn from her. (Have I mentioned yet that this is not really a kids’ film?)” Even Lindy West at Jezebel, who enjoyed the film, finds the rape allegory to be “cheap and clumsy,” noting that “it's a movie (for children!) in which TWICE women are deliberately rendered unconscious and then physically violated, once ‘for her own good.’”

However, it’s worth noting that Sleeping Beauty has always been a story about rape. In the earliest known version of the tale—the Italian “Sun, Moon and Talia,” by Giambattista Basile—the princess is not awakened by “true love’s kiss,” or by a kiss at all. She’s discovered by a king who repeatedly rapes her while she’s unconscious. She gives birth to two children in her sleep, before one of those children dislodges the splinter in her finger and wakes her up. Later versions of the tale (including the version recorded by the Grimm Brothers, or by Charles Perrault, who’s credited as a writer on Maleficent) censor this ending, to make it more chaste and less violent. But that central image—a man “kissing” an unconscious woman—made it into the Disney version, and has survived into the present day.

Indeed, you could even argue that the central curse of Sleeping Beauty—the prediction that, on her sixteenth birthday, the beautiful princess shall “prick her finger” on a spindle and fall into a “sleep like death”—is a rape allegory, one of those wild and eerie and inappropriate bits of dream imagery that give fairy tales their enduring power. When the princess is a child, she’s safe. But as soon as she reaches sexual maturity, she will be penetrated. There will be blood, and pain, and it will cause her to fall into a living death. If you buy the idea that fairy tales were women’s stories—coded ways of passing down wisdom about the world—the “pricking your finger on a spindle” story is a very effective way to talk about how sexual assault (or sex and marriage more generally, in heavily patriarchal societies where women didn’t get to choose their partners or exert power within relationships) can feel like the end of a woman’s life.

So, in a sense, the rape allegory in Maleficent is only restoring the subtext that the first Disney version of Sleeping Beauty cut out. And the idea of retelling that story to give agency and dignity to the victim—centering it, not on a passive, two-dimensional trophy princess who happily marries the guy who kissed her while she was passed out, but on a scarred, traumatized, angry woman—is extremely compelling. There’s a raw power in the scenes of Maleficent’s trauma and retribution. You get the sense that you’re watching snippets from a much better film, a dark feminist fairy tale about how women’s pain and agency is cast as demonic by their abusers and oppressors.

But Maleficent is not that movie. For one thing, it descends rapidly from “watchable” to “unbearable” whenever Angelina Jolie is not on screen. Jolie’s screen presence is already well on its way to becoming legendary: She has the undeniable, high-voltage visual charisma of an old-school matinee idol like Greta Garbo or Marilyn Monroe, and future generations will probably speak of them in the same breath. When she shows up, clad in fluid black and dripping with menace, her sheer star power is enough to spackle over the movie’s lazy plotting and soggy dialogue. But whenever the camera cuts away from its title character, we’re left stranded in a sparkle-overdosed day-glo fairyland. full of wee, winged sprites who are so aggressively chipper and adorable you find yourself hoping they’ll run into the business end of a bug zapper. (The director, Robert Stromberg, was a production designer on Avatar; think Nabu, with a much higher ratio of giggling and frolicking.)

Then, too, there’s the fact that Maleficent never seems entirely sure of what story it wishes to tell. It’s not giving away too much to say that Maleficent ultimately comes down to a story about the relationship between two women, and their attempts to save each other. (Like last year’s Frozen, it leaves itself open to a refreshingly queer reading; Prince Charming, hilariously, is disposed of within about two scenes, leaving Maleficent and the Princess Aurora to work out their own, much more central relationship.)  But the movie never seems quite clear on what we’re supposed to think of Maleficent’s anger. The primal power you see in the scenes of Maleficent cursing King Stefan, the “rape/revenge” angle so many reviewers have noted, quickly gets lost in the story’s drive to soften its title character—to supply her with maternal instincts, and with regret over all that Stefan-cursing magic business, including a scene in which she cries while talking about how she “got lost” in “hatred and revenge.” It’s not enough to say that Maleficent has reasons to be angry, that her “wickedness” is actually self-empowerment when viewed in its proper context: The movie also needs to assure us that she’s a nice lady, even though the character (and Jolie herself) is most compelling when she’s cruel.

There are moments when you see the great movie Maleficent is trying to be. Consider Jolie’s soliloquy over her lost wings—“so big they dragged behind me when I walked, and they were strong … they never faltered, I could trust them”—and how well it works as a speech from a woman mourning her own lost power and confidence..  But those moments are lost within a movie that doesn’t trust its own subtext. I wish I could report that Maleficent is good. But, even though it’s not, it’s worth watching anyway, just to get a sense of what might have been.