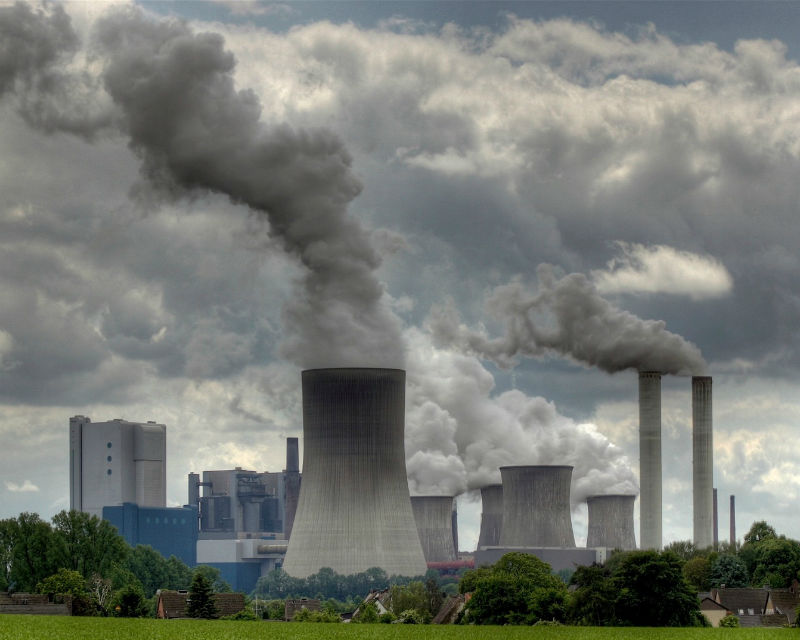 The power sector, which currently produces 38 percent of U.S. carbon emissions, is the target of the EPA's proposed regulations. (DavidPT / Wikimedia Commons)

Is the EPA’s proposal to reduce carbon emissions really a game-changer?

The plan may have put a neat political bow on progress already taking place.

Earlier this month, President Obama unveiled the sort of climate change initiative he’s been promising since his 2008 campaign first began. The president's proposed rules, which were dubbed the “Clean Power Plan” when the Environmental Protection Agency (EPA) formally announced them on June 2, would set new state-by-state carbon pollution reduction goals in the power sector. Ultimately, the plan aims to accomplish a 30 percent drop in sector-wide carbon emissions by 2030, compared to levels measured in 2005.

The Clean Power Plan has generated mountains of praise, largely stemming from Big Green, Democratic lawmakers and their friends in the press. Three of the nation’s most powerful environmental groups—the Natural Resources Defense Council (NRDC), Sierra Club and Environmental Defense Fund (EDF)—all issued press releases shortly after the announcement that offered unilateral approbations of the White House’s move. Meanwhile, House Minority Leader Nancy Pelosi (D-Calif.) declared that the administration’s actions “send a resounding message to the world that the United States is serious about dealing with climate change.” And New York Magazine’s Jonathan Chait, never one to hide his reverence for the president, swooned in an editorial, “Obama has done everything within his power to fight the most urgent crisis of our time.”

But is the adulation warranted?

Charles Komanoff, head of the New York City-based Carbon Tax Center, isn’t convinced. For one, he points out the electricity producers targeted by the Clean Power Plan aren’t the nation’s only contributors to climate change. According to the EPA’s most recent data, the power sector accounts for just 38 percent of nationwide carbon emissions—most of which comes from coal-fired power plants. Transportation and industrial processes, like steel and chemical production, account for 32 and 14 percent, respectively. (In 2012, the EPA finalized its new fuel-efficiency standards, but has yet to tackle carbon emissions from the industrial sector.)

Moreover, the electricity sector has already seen substantial reductions in recent years—it’s “low-hanging fruit,” Komanoff says. “[The plan] doesn’t amount to very much in terms of reducing U.S. emissions from what they would otherwise be.”

Thanks to improved efficiency, the economic crisis and the fracking-fueled boom of natural gas, which has a smaller carbon footprint than coal, the United States has already seen a 15 percent reduction in electricity sector-generated CO2 emissions since 2005. Given that the EPA hopes for a 30 percent total decrease from 2005 levels, even if everything goes according to its plan, the U.S. power sector will have taken nearly twice as long to reduce the same amount of emissions by 2030 that it already has.

In other words, the plan may have put a neat political bow on progress already taking place. “We’re looking at basically 15 percent in reductions over 16 years: extraordinarily modest,” says Tyson Slocum, director of the Energy Program at Public Citizen, a consumer advocacy group.

It’s not just the meek reduction goals that are rankling environmentalists. Critics from groups like the Institute for Policy Studies, a left-wing think tank, and Food and Water Watch, an environmental nonprofit, also worry about the open-ended, market-friendly structure of the plan.

As the proposal stands, states have broad leeway in choosing how to reach their individual emission targets. The EPA hasn’t proposed hard emission limits; rather, it has constructed “pollution-to-power” ratios that establish carbon emission restrictions per unit of power generated. That means some states could actually increase their total carbon pollution, so long as they’re able to boost sector-wide efficiency at a higher rate, a recent Bloomberg report notes.

States also appear to be free to adopt new new cap-and-trade schemes and carbon offsetting plans—both of which, according to many climate justice advocates, are ineffective tools biased toward industry. Carbon offsets are essentially a means of “outsourcing” the cap-and-trade regime: In this case, they would allow power plants to buy carbon credits from sources outside the electricity sector, such as low-emitting businesses looking to turn a profit. Critics say such “offsets” unjustly shove pollution responsibility outside the sector and exaggerate emission reductions.

It all comes down to what states decide to do and what the EPA chooses to allow: The rules won’t be finalized until mid-2015. But as it stands, the plan’s flexibility leaves plenty of room for corporate-friendly smoke and mirrors by not expressly limiting the tools at each states’ disposal, says Janet Redman, director of the Climate Policy Program at the Institute for Policy Studies.

“If the [states’] plans are flawed, then the whole thing fails,” says Redman. “If the EPA has inadequate staff and does not do its homework in evaluating the plans, states in multi-sector and regional trading programs may seriously overestimate their fossil fuel plant emission reductions.”

Slocum, too, worries about the potential for some states to propose ineffectual emissions trading schemes—Public Citizen also plans to submit comments asking that the EPA tighten up its compliance standards to prevent such arrangements. But he’s not convinced they’re an inevitable result of the Clean Power Plan. Moreover, the modest reduction targets should be easily reachable, so there theoretically would be no need for such schemes.

Overall, the Clean Power Plan is far from the ideal response to the climate crisis favored by Slocum and other greens: a progressive carbon tax capable of funding renewable energy infrastructure. But the EPA lacks the mandate to do that. Such a tax requires the blessing of Congress, a scenario that is depressingly light-years away. Still, despite critics’ hesitation about the rule’s effectiveness stateside, many acknowledge that its true value may surface in the international arena.

To be sure, there’s still plenty of federally unregulated greenhouse gas pollution within American borders—perhaps most notably, growing methane emissions from the shale gas boom—but the rule helps plug a big regulatory gap. No matter how the state initiatives fare in practice, the United States can now boast to other countries that it’s regulating the two sectors of the economy most responsible for carbon pollution: electricity and transportation.

“You’re looking at three-fourths of the energy economy covered by EPA rules,” Slocum says, referring to the major non-agricultural sectors that generate greenhouse gas emissions. “Obama can now legitimately go to China and say, ‘OK, we’ve stepped up, we’ve got rules in place. What say you? It’s now your turn to come up with something and let’s put together a binding agreement.’ That’s where the opportunity lies.”

In fact, shortly after the EPA’s announcement, a top Chinese climate advisor said that his government planned to introduce a national carbon cap. However, Chinese officials later downplayed the immediacy of those plans. The Clean Power Plan could also give American climate negotiators a valuable leverage tool ahead of the 2015 United Nations Climate Change Conference in Paris. After the disastrous 2009 climate talks in Copenhagen, Paris marks something of a last-ditch effort to prevent the global environmental crisis from spiraling out of control.

Ultimately, it all comes down to whether or not the EPA’s plan is enough to inspire further action on the part other nations. Jacqui Patterson, a Copenhagen summit attendee who’s now serving as director of the NAACP’s Climate Justice Initiative, tells me she doesn’t think it is: The plan is simply too modest to convince other countries it is making a difference.

Charles Komanoff of the Carbon Tax Center echoes Patterson’s pessimism, especially as it contrasts with the bulk of the debate over the subject in the United States. Although energy industry lobbyists and inside-the-Beltway enviros alike have taken the plan’s significance for granted, either as a “giant leap forward,” or a “chilling effect on energy investment,” both sides are posturing, he says.

“You’ve got the big green groups and the fossil fuel industry acting as if this plan is a huge deal,” says Komanoff. “I wish it were. I wish I could be cheering.”