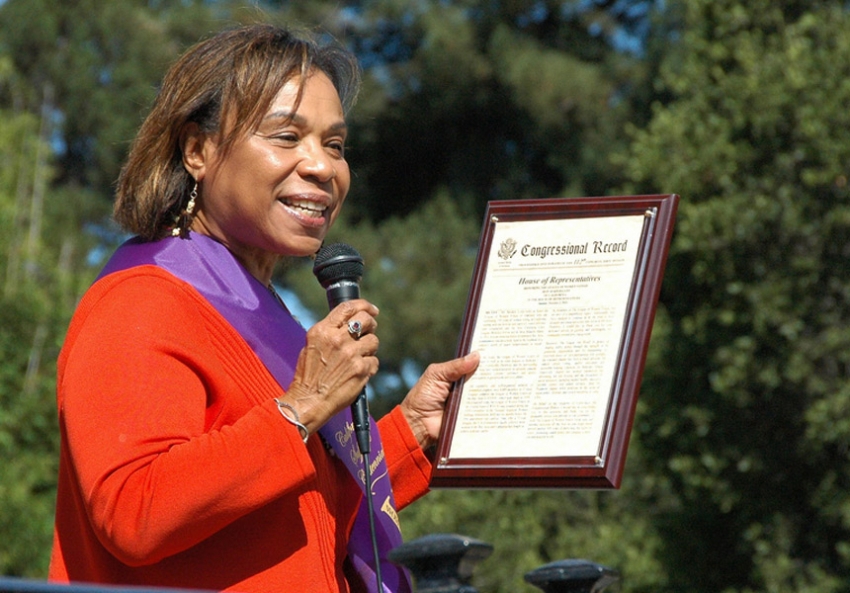 BREAKING: House To Push Back Against Military Action in Iraq

Members of Congress want to send a clear message to Obama: They won’t stand for another war.

'I think the reality is that the administration is weighing what to do on this right now and a strong statement of opposition by Congress would be a factor in that calculus ... It would certainly make the president more hesitant to use military force.'

After a recent string of insurgent attacks from the Islamic State in Iraq and Syria (ISIS) in the northern part of Iraq, President Obama told Congress on Monday night that he will order 275 troops to the country to protect American personnel and the U.S. embassy in Baghdad. Skeptics worry the deployment could be the opening salvo of a much longer engagement. With talk of further U.S. military action in the air and the annual defense appropriations bill up for a vote this week, some members of Congress want to send a clear message to the administration: They won’t stand for another war.

Rep. Barbara Lee (D-Calif.), a longtime anti-war champion on Capitol Hill, plans to offer two Iraq-related amendments to this year’s appropriations bill, In These Times has learned. One would cut off future U.S. military spending in Iraq; the other would prohibit the future deployment of American combat troops to the country (without getting in the way of the current security mission). The votes on the amendments will likely take place on Thursday.

The first amendment would prevent any funds from the upcoming defense appropriations bill from being spent under the prior authorization of the 2002 Iraq War resolution (AUMF)—the bill that laid the groundwork for the United States’ invasion and nearly decade-long occupation. Anti-war critics and legal experts have long worried that open-ended piece of legislation gives the executive a blank check to conduct military operations in Iraq without consulting Congress. Lee’s measure would nudge the president to seek Congressional approval for action beyond the latest deployment.

The amendment is far from perfect—the Defense Department’s fiscal year 2015 doesn’t start until October 1, which means the president could, in theory, justify military operations this summer on the grounds of the 2002 AUMF if he really wanted to. (The White House says it supports repealing the AUMF, but that isn’t a priority and “the effect would be entirely symbolic.”) But given that House Republicans have blocked previous efforts to force a vote on repealing the AUMF, Lee’s amendment is arguably the next best option on the table.

Though Lee's other amendment doesn't rule out air strikes from future Iraq actions, it, too, would send a clear message of Congressional opposition to the White House.

Supporters of both measures say the upcoming votes will serve as de facto referenda on military intervention in Iraq.

“I think the reality is that the administration is weighing what to do on this right now and a strong statement of opposition by Congress would be a factor in that calculus,” says Stephen Miles, coalition coordinator for Win Without War, which includes groups like MoveOn.org, the NAACP, Greenpeace and Veterans for Peace, and backs both amendments. “It would certainly make the president more hesitant to use military force.”

The House is expected to take up the defense appropriations bill on Wednesday, and vote on most of the amendments on Thursday. Senior Hill staffers say they expect the votes to be close.

Since ISIS’ offensive sparked talk of another U.S. intervention last week, anti-war groups have rushed to express their opposition. CREDO Action is circulating a petition—“Mr. President, don’t bomb Iraq,” it begins—that has earned more than 100,000 signatures. Meanwhile, MoveOn’s petition, which calls on President Obama and Congress not to take “new military action in Iraq,” has collected over 70,000 signatures.

Beyond online activism, polls also point to a war-weary public: 74 percent of Americans, according to a Public Policy Polling study released Tuesday, are opposed to sending combat troops to Iraq. That opinion could prove key as the White House mulls its options. Late last summer, grassroots opposition helped fuel a bipartisan anti-war voting block in Congress, which effectively derailed the administration’s plans to bomb Syria.