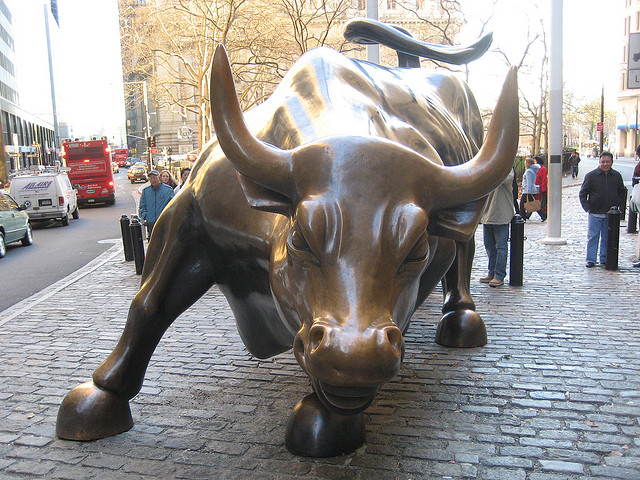 "Alternative assets" end up screwing taxpayers while making a fortune in fees for bankers. (Flickr / Supernova17)

Hedge Funds: Fantastic for Wall Street, Horrible for Your Pension

Private equity and hedge funds constantly lose money. So why are taxpayers’ money being poured into them?

Most consumers understand that when you pay an above-market premium, you shouldn’t expect to get a below-average product. Why, then, is this principle often ignored when it comes to managing billions of dollars in public pension systems?

This is one of the most significant questions facing states and cities as they struggle to meet their contractual obligations to public employees. In recent years, public officials have shifted more of those workers’ pension money into private equity, hedge funds, venture capital and other so-called “alternative investments.” In all, the National Association of State Retirement Administrators reports that roughly a quarter of all pension funds are now in these “alternative investments” - a tripling in just 12 years.

Those investments are managed by private financial firms, which charge special fees that pension systems do not pay when they invest in stock index funds and bonds. The idea is that paying those fees - which can cost hundreds of millions of dollars a year - will be worth it, because the alternative investments will supposedly deliver higher returns than low-fee stock index funds like the S&P 500.

Unfortunately, while these alternative investments have delivered a fee jackpot to Wall Street firms, they have often delivered poor returns, meaning the public is paying a premium for a subpar product.

In New Jersey, for example, the state’s alternative investment portfolio has trailed the stock market in seven out of the last eight years, while costing taxpayers almost $400 million a year in fees. Had the state followed the advice of investors like Warren Buffett and instead invested its alternative portfolio in a low-fee S&P 500 index fund, New Jersey would have more than $5 billion more in its pension fund. In all, as New Jersey plowed more pension money into alternatives, its pension returns have routinely trailed median returns for all public pension systems.

It is the same story in other states that have been increasing their alternative investments.

In Rhode Island, Democratic State Treasurer Gina Raimondo’s shift of pension money into alternatives has coincided with the pension system trailing median returns. Had the state generated median returns, it would have had $372 million more in its pension system.

Likewise, a Maryland Public Policy Institute study shows that returns from that state’s $40 billion pension system have trailed the median for the last decade. Had the state met the median, it would have $3.2 billion more in its pension system - an amount the study’s authors note is enough to “award 80,000 poor children with $40,000 four-year college scholarships.”

It is a similar tale in North Carolina, Kentucky and many other locales. In short, public officials are spending more and more pension money on high-fee alternative investments, and those investments are generating worse returns than other low-fee investment vehicles.

That brings back the original question: Why are pension funds pursuing such an investment strategy? Some of the answer may have to do with the same psychology that encourages the gambler to try to big-bet his way out of deficits. But it also may have to do with campaign contributions. After all, many of the politicians who have been pushing the alternative investments just so happen to benefit from Wall Street’s campaign contributions.