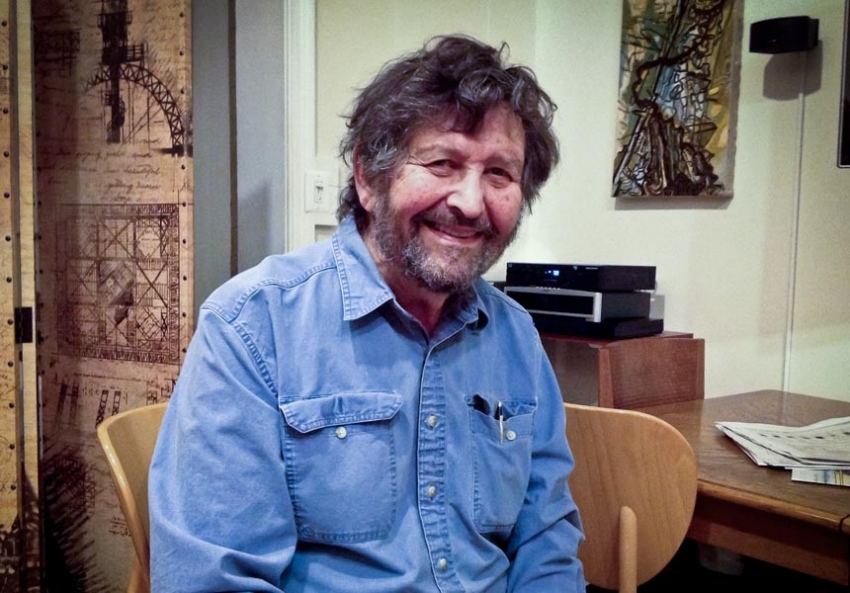 Stanley Aronowitz argues in a new book that unions can't survive without reversing decades of timidity and bureaucratization.

Stanley Aronowitz on how the labor movement falters and how it might recover.

'By still relying on elections and on contracts and grievance procedures rather than engaging in direct action, unions are on the road to doom.'

After the Brooklyn College administration temporarily suspended Stanley Aronowitz from school in 1950 for taking part in a protest, he dropped out to follow a much more unorthodox route to an academic career. From the 1950s through the 1970s, Aronowitz—a lifetime New Yorker in spirit even when temporarily absent—was a factory worker, union organizer, civil rights advocate, influential contributor to New Left organizations, and a vivid, often flamboyant debater in a tumultuous political period.

Since 1983, however, he has been a prolific sociology professor at the Graduate Center of the City University of New York, writing or editing 25 books. His latest, The Death and Life of American Labor: Toward a New Workers’ Movement, out from Verso this fall, expands his decades-long argument that unions need bigger goals and more direct action to succeed, or even survive. Aronowitz spoke with In These Times Senior Editor David Moberg about his strategies for reviving the labor movement.

You say in your book that the labor movement has become part of the establishment. In what way?

In the 2012 presidential election, unions contributed $141 million to the Democratic Party, one of the two establishment parties. Their main strategy for moving labor forward is electoral politics, yet they have not formed a labor party. Meanwhile, they have virtually given up the strike and any kind of harsh criticism of the capitalist system.

We can’t, under the current circumstances. But agitation for an anti-capitalist politics can’t wait for some kind of apocalypse. With the living standards of the American people stagnating as tremendous riches accumulate at the top, this is the time that anti-capitalist politics can resonate with the larger public. I call for another political formation linked to the labor movement, like the Trade Union Education League (the Communist organization of the 1920s), and for a party outside of the two major parties.

You criticize union contracts because they hamper direct action and channel discontent into bureaucratic  grievance procedures. Is the contract itself a bad goal, or is the problem that most contracts preclude strikes and guarantee management broad power?

The big issue is the long-term contract, because that prevents workers from taking direct action as problems arise in the workplace or the economy changes. I don’t think that powerful unions need contracts. I would settle for a one-year contract that did not have the strike prohibition and did not include management prerogatives.

You write that the biggest problem the labor movement faces is not declining numbers but declining power. But don’t numbers contribute to power?

The numbers are important, especially for workers who need organizations to be able to fight their battles [with employers]. But unions in the United States do not recognize that a militant minority can have a tremendous effect if it engages in direct action—as unions do in France, and as the Service Employees [International Union] (SEIU) has done with fast-food workers and the United Food and Commercial Workers (UFCW) has at Walmart, in conducting elective one-day strikes in several cities.

You advocate a labor movement that is “post-political.” What do you mean by that?

Post-political means that the union movement may endorse candidates or run its own, but essentially does not rely on electoral politics and public officials—that is, the state—to fulfill its goals. Instead, unions should rely on their own resources, on their own members and on their own imaginations to create conditions to make their members’ lives better, in the way that unions, especially in the early-to-mid-20th century, once established and ran very good, moderate-cost cooperative housing.

We’ve been relying for so long on politicians to solve problems that the union membership no longer really relies on its own power. The proper word is really “post-electoral” or “post-state,” and it once had a tremendous resonance among large numbers of workers.

Are electoral politics no longer important?

No, unfortunately, they still are. But I do think they have been horrendously over-emphasized at the expense of organizing and issues such as education, housing and public transportation. Unions have become supplicants of the Democratic Party and depend on the electoral system to resolve workers’ problems.

You mention Occupy as a model. But its main achievement was making common political currency out of the clash between the 99% and the 1%.

Occupy refused to be programmatic, and it has virtually disappeared. But Occupy revived the old tactics of civil disobedience and direct action. And by still relying on elections and on contracts and grievance procedures rather than engaging in direct action, unions are on the road to doom.

You write that much of the problem of the American labor movement stems from weak leaders. What led to that situation? Do conservative memberships elect conservative leaders?

I don’t think that union leadership actually reflects the views of the members. Many of these unions have become general workers’ unions. They do not organize in one specific industry. And it’s very difficult for that diverse membership to create an internal democratic opposition that can win. There is no democratic education program to expose them to new ideas and information. So members are voting for leaders to be custodians of an insurance company that provides benefits. But workers don’t really expect them to be seriously involved in their day-to-day struggles, which are often led by the shop steward system—if the shop stewards are still there—and not by the national leaders.

You see some hope in movements on the outskirts of the labor movement and strategies such as minority unionism, which the United Auto Workers pursued after its organizing loss at Volkswagen.

I was very surprised and pleased by that. The only mistake is that the UAW is not going to charge dues until they have a contract. I think workers who join unions should pay their own way.

Do you see encouraging signs in unions working with community groups on housing and banking issues, or of AFL-CIO President Richard Trumka recently speaking out strongly on racism?

It’s a great sign, but Trumka does not have much influence over the international unions that really have the power. It will take much more than the statements by Trumka to get the labor movement to become a labor movement again. The impetus to change is going to have to come from both inside and outside of the union movement.

Some of what SEIU and UFCW have done to organize low-wage workers is very important. Unions have also reached out to many of the more than 200 worker centers, even though the amount of assistance that centers get from unions is still sparse. Also, many unions showed up at the climate change demonstration in September in New York City (though the AFL-CIO support for the Keystone pipeline is regressive). They see the need to form alliances with other social movements, as they have done with the Black Freedom Movement and the feminist movement.

You acknowledge that a major problem facing workers and the labor movement is insecurity created by globalization and new technology. What is the best way to respond to that?

Two things need to happen, or I don’t see much hope. First, there have to be actions, even if they’re inconclusive, like the fast food and Walmart demonstrations—actions that give people some sense of power and of hope. Second, inside and outside of the unions, people need to be educated about their own history and the degree to which the system is no longer working for them. And they have to begin to think about a different way of life.