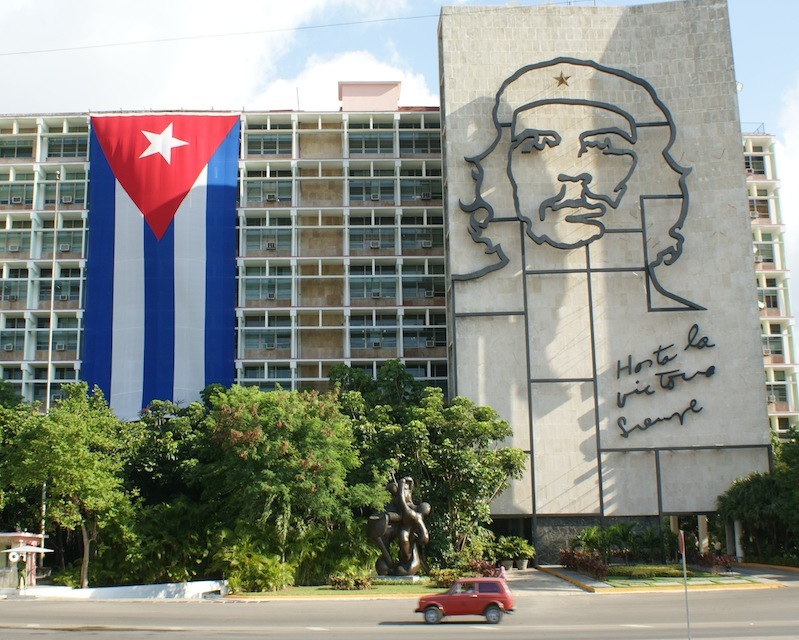 Why Cuba, Why Now?

The 5 likeliest reasons behind Obama’s surprise move to reverse a 53-year-old policy.

Even as a lowly state legislator in Illinois with no stake in Cuba, Obama called U.S. policy toward the island a failure. And unlike on so many other policy positions, he hasn’t wavered on this one. It might be the most genuinely felt and executed policy of his entire administration.

1. Because Alan Gross, the USAID worker held by Cuba for five years, had begun to refuse family visits and vaguely threatened to commit suicide.

A dead Gross, even by his own hand, would have raised suspicions about how it happened and made rapprochement more difficult.

2. Because of awkwardness ahead when the U.S. and Cuba attend the same gathering, the Organization of American States’ annual summit in Panama in April.

OAS kicked out Cuba under U.S. pressure back in 1962, a bit of Cold War strongarming that current Latin American heads of state find shameful. Cuba was invited back in 2009, but this is the first year it’s agreed to attend. That would have created an awkward dance between Obama and Cuban President Raul Castro in Panama (even if they did speak face to face at Nelson Mandela’s funeral in December 2013 for a few nanoseconds). This way, Obama and the United States go to the regional confab with a certain measure of goodwill.

That’s not just good Cuba policy, but good hemispheric policy. In part because of his pivot east, and in part because he has made about half as many trips to Latin America as his predecessor, Obama has been perceived by Latin Americans as not assigning importance to their region. His absence has been even more marked because his presidency has coincided with a slate of progressive Latin American heads of state, with whom Obama might have more easily found common ground than at any other time in modern history.

3. Because Obama is scrambling for a legacy.

Sure, the Affordable Care Act seemed poised to be the man’s signature, but it’s going up before the Supreme Court yet again next year and this time there’s a real chance Chief Justice John Roberts, the unlikely hero of the law’s last visit to the Last Chance Texaco of American justice, won’t come to the rescue.

It’s not as if Obama hasn’t got other, real achievements under his belt: The man did save the economy, he will likely have helped to, if not exactly reshape, then rebalance the courts with his judicial appointments. (Crowning glory: Sonia Sotomayor as a Supreme Court Justice). He has singularly brought LGBTQ Americans into the mainstream—but let’s be honest: That was a reluctant, practical achievement more than a morally inspired one, and thus unlikely to be the legacy centerpiece of choice.

All of these lack the clarity of the gesture to Cuba. To renew diplomatic relations with Cuba is an unambiguous break from past policy. Obama’s Cuba opening does not have the grandeur or geopolitical implications of Nixon’s China aperture, but it has a lot more immediate emotional urgency: Cuba and the U.S. have been acting like bitterly divorced parents for the last 50 years or so. The children of this divorce are Cubans and Cuban Americans and Americans; at this point, they’re consanguineous. (Cuba has also long been a favorite issue of black intellectuals, from Harry Belafonte to Jay-Z, so there’s a little extra credit there, too).

4. Because he really believes it should happen.

To be sure, this is a last-minute move—Obama has had the power to issue these orders anytime in the last six years—and so his sincerity might be questioned. But even as a lowly state legislator in Illinois with no stake in Cuba, Obama called U.S. policy toward the island a failure. And unlike on so many other policy positions, he hasn’t wavered on this one. It might be the most genuinely felt and executed policy of his entire administration.

Obama came in to the presidency with unprecedented U.S. Latino approval, garnering two Hispanic votes for every one that went to John McCain. Obama did even better with Latinos against Mitt Romney in 2012, in spite of the fact that to date he had deported a record 2 million-plus people.

But by the time he put together the DREAM Act for his 2012 re-election, cynicism had set in: The law promised only temporary relief, and only to a small number of the undocumented population. Moreover, just before this year’s mid-term elections, Obama refused to act on immigration for purely political reasons (supposedly to spare fellow Democrats the immigration discussion on the campaign trail), even as hundreds of people were deported each day. As of right now, though the president has offered temporary relief to 5 million undocumented immigrants—which can be reversed with a stroke of his successor’s pen—he has yet to articulate plans for permanent relief, an issue of tremendous symbolic importance to U.S. Latinos.

Opening to Cuba helps mitigate the bad taste of that, and suggests that this president—so far so indifferent to Latinos and Latin America—might actually be starting to focus on his own backyard.

But regardless of the reasons, Obama’s move has re-set the clock on Cuba. Rather than waiting for the Castro brothers to die to make a move, Obama has started the game. And Raul Castro has joined him. It’s on.