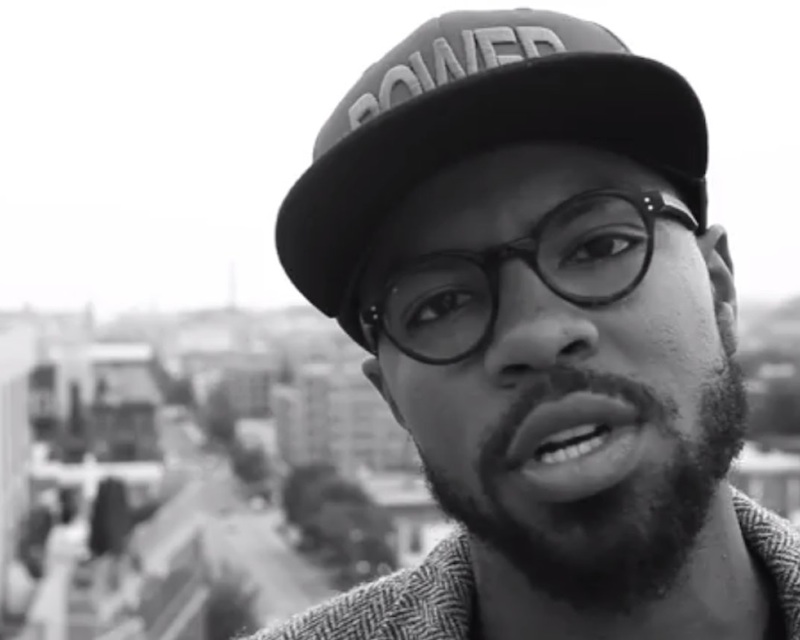 Phillip Agnew, leader of the Dream Defenders, is among the young activists defining Martin Luther King, Jr.'s dream for the 21st century. (Via YouTube/Dream Defenders)

In five years, I’d like to see a good majority of states around this country closing jails, and police departments looking completely different—being governed by the people.

Phillip Agnew isn’t trying to make history; he’s just heeding its call. As the head of the Florida-based Dream Defenders, Agnew is one of many young civil rights leaders drawing from the rich legacy of black freedom struggles while moving into the 21st century with a deft use of social media and sometimes-scathing irony. (His group’s latest campaign produced a faux-advertisement for kid-sized bulletproof vests.)

Dream Defenders was formed to combat racial violence after Trayvon Martin was gunned down in a Florida suburb in 2012. The group has mobilized communities nationwide against racial profiling, the school-to-prison pipeline and “stand your ground” laws. In recent months, Dream Defenders has been amplifying the #BlackLivesMatter campaign that exploded in the wake of the police killings of Michael Brown and Eric Garner. Agnew was among a handful of young activists invited to the White House on December 1, 2014, to meet with President Barack Obama and Attorney General Eric Holder about the Ferguson protests.

But Agnew and his team don’t let their high profile go to their heads; the group is still very much a grassroots operation. Agnew spoke with In These Times about plans for 2015 and the challenges of organizing in a digital age while wrestling with generations-old dilemmas, like the meaning of nonviolence.

#BlackLivesMatter protests have been going on for more than a month now; have you had time to take stock?

I’m excited because it seems people are waking up—people from low- and middle-income communities, people who have typically been in the margins, who weren’t part of organizations. When we first started mobilizing in 2012, I could have never imagined things would have happened this quickly. On the other hand, this really is something that, if you look back at history, was easy to predict. You have police who do not come from the community and have a culture of contempt for black and brown people, especially when they’re young and poor. You have communities with no say in the way their lives are lived, no educational opportunities, no jobs that will make ends meet. And you have rampant and growing explosions between police and the people that they’re supposed to protect. This is a recipe for disaster. This is 1967. This is 1968, when cities around the country, including Chicago, Newark, Detroit, Oakland and Watts, began to explode.

Do you feel like this movement also owes a creative debt to Occupy?

This is part of a progression of resistance to economic systems and social systems that stamp out people who are black, brown, oppressed, poor. And Occupy was a big moment. It shifted the paradigm to the 99% vs. the 1%, and that’s now in the lexicon of the new generation that didn’t really have that analysis before. Before, it was just “black people vs. white people.” I’m not a defender of Occupy, unequivocally. Occupy was a lot of white people. We get that. An important shift in the consciousness would be to say, “You know what? It is about race, because race is a means for capitalism to flourish in this country. If we can liberate black people, then the very connective tissues of oppression in this country are torn asunder. And in order to do that, we need to realize that this system also affects white people … and pits us all against one another.”

The uninitiated may watch the news and say, “This is about police brutality,” which can be solved with training or body cameras. How would you explain the broader issues of state violence and oppression at stake here?

What I picture when you bring up that argument is a white liberal—or maybe a black liberal—who says, “Yeah. I agree. We need to fix the police.” And that is true, the police need to be fixed. But also, their culture of contempt needs to be erased, and communities need to be a part of that conversation. The values that our country is supposed to be built on—equal opportunity for all, the ability of all to represent our values at the ballot box—this country has never done that. What it has done, very successfully, is taken certain people—based on their color, based on their ethnicity, based on their immigration status, based on their education level, based on their economic status—and said that those people are not worthy of the values put on paper. The role of people in #BlackLivesMatter—the role of people who are angry about police, about the environment, about the economy—is to remind people that America has some values that it’s never lived up to and that have never applied to certain people. We want to change that.

Dream Defenders is also vocal about education. How is that related to racial violence?

I’ll start off with the reform frame, which is that we don’t need police officers at school. Schools should be a wholesome environment where all students feel safe and receive quality education.

And then there’s a radical frame, which is where we want to get. It’s rooted in the fact that the oppressor will never give the oppressed the education needed to overthrow the system. Our whole education system doesn’t want you to think critically, to be creative. We have a partnership now with Miami-Dade Schools to help with civic and political education and to provide academic support. The goal is to give students a really holistic view of the possibilities that are available to them, with some real good civic and political involvement. [But ultimately], the only way to move into the more radical frame is to start our own school.

What do you say to people who think there’s a rift between generations in the movement?

I think the tension is played up on the national scale with national players. But on the ground, people are working with each other. There’s always going to be some tension, but that’s not what we talk about when we’re in our meetings. We talk about moving forward. We can’t build or innovate without the blueprint, and the blueprint was written by the older generations. What do you try to keep in mind when you talk to the president or others in power? That no matter if we’re meeting with the president or whoever, they’re actually not more important than people in our community. We gotta go back to our room together and face each other and look each other in the eye.

One of the most polarizing questions that came out of Ferguson was what defines a nonviolent protest. What do you think?

My thing is that the state doesn’t have the monopoly on [defining] what violence is. The state is the most violent entity in the world. It’s up to us to decide what’s more important: the value of life or the value of property? The Dream Defenders focus on “strategic nonviolence,” and by that we mean, in order to win, nonviolence is the way that we choose to operate. But we’re still actively working to define what it means. I have a lot to learn. This is the new generation, the new way of doing things. The traditional means are not going to work. That doesn’t mean that we’re not registering voters, knocking on doors, running for office, offering legislation, pushing for policy changes. We’re doing all of the above. We’re also going to take some actions that are going to disrupt people’s way of life, because we feel like our lives have been lived on pause.

How would you measure success five years from now?

I want to see us move from protest to resistance to full revolution. Constructing and building our own economy and systems and schools. I want to see community control of our food and [access] to food that enhances our bodies and our minds. And to see true self-determination for every person in this country, and that does include white people. But it means balance. Right now, black people, brown people, poor people don’t have any rights to their lives and their destinies. I’d like to see the government not engage in wars where we perpetuate an economic system that ruins democracy around the world. That’s not a five-year goal; that’s probably a lifetime goal. And I’d like to see the prison-industrial complex end. In five years, I’d like to see a good majority of states around this country closing jails, and police departments looking completely different—being governed by the people.

Where do you, personally, hope to be?