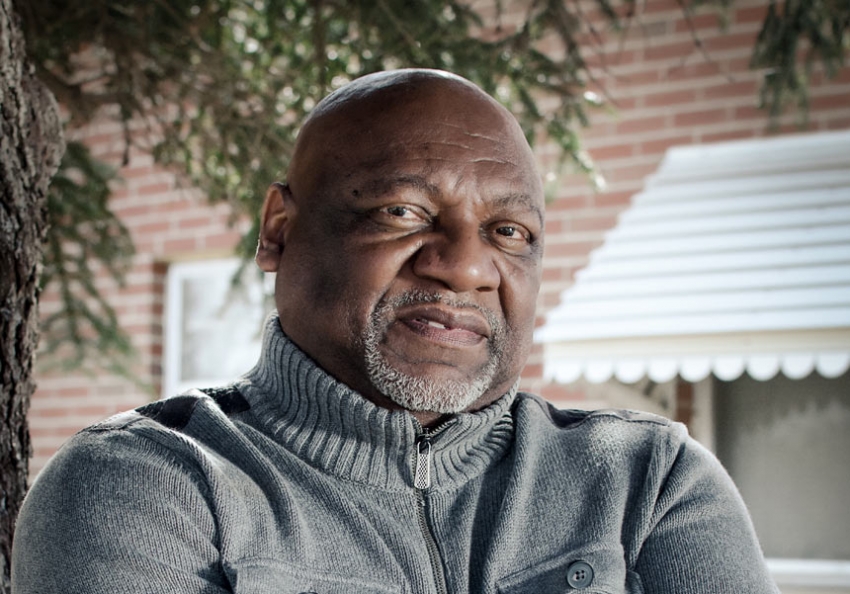 Rev. and Missouri state Rep. Tommie Pierson, who has found himself in the eye of the storm, reflects on Ferguson’s recent elections and the DOJ report.

'The people that you pay to protect you, instead they prey on you.'

Until last year, Rev. Tommie Pierson’s Greater St. Mark Family Church was an out-of-the-way place of worship, on top of a small hill on the outskirts of St. Louis, just across the border from Ferguson, Missouri. Then, on August 9, 2014, less than two miles from St. Mark’s front door, officer Darren Wilson shot and killed Michael Brown. Within a week, St. Mark’s had become a staging ground for civil unrest. In August and September, thousands of activists passed through the church.

Pierson never expected to find himself in the eye of such a storm. He moved to St. Louis in 1962, at age 16, from his family farm in Ripley, Tennessee, then worked at General Motors for 32 years before retiring. He has been a pastor for 38 years and a Democratic state legislator for four. Previously relegated to the back benches of the minority party, he has now joined the push for statewide police reform.

That push gained momentum in March after the Department of Justice (DOJ) released a damning report on the Ferguson police department. Six city employees—including the police chief—have since resigned or been fired. The DOJ has threatened to rebuild the police department from scratch if it’s not promptly reformed.

All eyes then turned to the April 7 elections for Ferguson’s city council, the body that would choose the next police chief. The 70percent black city infamously was overseen by a nearly all-white government. Voter turnout soared—29 percent of eligible voters participated, more than double the 12 percent in Ferguson’s last municipal election—and the victory of two African-American reform candidates edged the council toward more accurately reflecting the city’s demographics, with three of six seats now belonging to black representatives.

This was welcome news to Pierson, a vocal advocate for African-American electoral engagement and political representation. He sat down with In These Times to reflect on recent events.

What role did you play during the Ferguson protests, as a pastor and a community leader?

Everybody was coming here, so I got a chance to address the protesters. Some of them complained that the old preachers were not out there at night during the tear gas. I told them: “I’m 69 years old. You ain’t going to have me out there at night. I don’t have the energy or the strength I had when I was your age.” Shoot, for me, night’s for sleeping. During the day, yeah. I lost almost 20 pounds sweating out there that summer.

The DOJ report had this shocking statistic: Over the last four years, 90,000 municipal violation warrants were issued in Ferguson, a town of 21,000.

Well, it was no shock to the average low-income person. They’re just glad somebody found it out. It may be shocking to some. Ferguson, like other communities, has pockets of the poor and pockets of affluent people, and they don’t mix.

Do you think you’d find the same levels of abuse in other towns?

I think in neighborhoods that are comparable, you’d find the same thing. In St. Louis, there is a divide between police and communities—especially black, poor communities. Police don’t want no fellowship with you. You wave at them, they won’t wave back. It’s that “us against them” mentality. They don’t want to know that I got a wife and three kids, all of them educated. They want to see me as a robber and a rapist.

As a pastor and legislator, are you at all insulated from police harassment?

I get the tickets, too. The difference is I take them to the mayor. I put them on his desk and I say, “They belong to you now.”

The way the DOJ report put it is that Ferguson police view the community as a source of revenue rather than a community they serve.

The people that you pay to protect you, instead they prey on you.

Was there any previous effort to make the state government aware of these police abuses?

When you neglect people long enough, they tend to tolerate it. That’s what happened in Ferguson, and what’s happening in my town, Bellefontaine Neighbors, Missouri. The city and the police prey on black communities, and rather than organize and do something about it, they don’t. They struggle, try to get out of jail and stay out of jail, try to just survive.

I tried to get Riverview Gardens School District to send students up to the House of Representatives to let these kids see what we do and how it affects their lives. We’re the ones who appropriate monies for their schools, we’re the ones that make laws that govern their lives every day. You’re fighting for them everyday, but they don’t know it. Then they label you with everybody else.

Is it enough to teach them, when the society they’re graduating into seems hell bent on taking their money and keeping them shut out?

An organization called MADD, Mothers Against Drunk Driving, was started because this mother lost her son, and she set out to change the law to change the circumstances. That’s what you do in a democracy. That’s what rich people do. They change the law. I get phone calls all the time from my white constituents. They say there’s a bill coming up and it’s going to have this kind of effect on me, and I would like you to vote against it or vote for it, whichever way. I don’t get calls like that from African Americans, you know? They don’t track bills. Had [the people of Ferguson] understood living in a democracy, they could have changed things anytime they wanted to—but they didn’t. My town is the same way: 73 percent of the population is black, but the mayor’s white, and only one of the four wards is controlled by blacks. Yet, when I ran for mayor some years back, they didn’t come out and vote.

You were pessimistic about turnout in Ferguson in the April 7 municipal elections. But participation more than doubled, and two black candidates were elected. Are you pleased?

I’m very pleased. It’s difficult to tell what a people are going to do when they’ve never done it before.

Are you optimistic that the newly elected members of the city council will make meaningful change?

What about at the state level—are there bills in the works to address the policing problems that came to light after Michael Brown’s killing?

One of the bills that came out of the education committee was to create a mechanism in our schools that fosters a better relationship between students and the police—to teach them that the police are not their enemy, and teach the police that these kids are not their enemies. That the job of police is to fight crime in our community. I don’t know how far that’s going to go, but I thought it was a good start.

I filed a bill on police shootings. It just says if a police officer shoots an unarmed person who’s 20 feet or more away, he should be suspended without pay pending an investigation. That’s the crux of the bill. [It’s had a hearing and] it’s working its way through.

There seems to be this frustration and desire to reject electoral politics: “I voted for Obama and he turned out just like the rest of them, so I’m not participating in that any more.”

I had a brother from Washington, D.C., sitting in this room, a Ph.D., a Howard professor, and we’re talking about voting. And he said he votes but he doesn’t tell nobody else to vote because he doesn’t believe in it. That blew my mind. I mean, you should be smart enough to know that that’s how we live in America and your not participating doesn’t help you any. And if you don’t teach others to participate, it does not help your community.

Emmett Rensin is an essayist in Chicago. His previous work has appeared in the New Republic, Vox, The Atlantic, the Los Angeles Review of Books (where is a contributing editor) and elsewhere. Follow him on Twitter: @revemmettrensin.