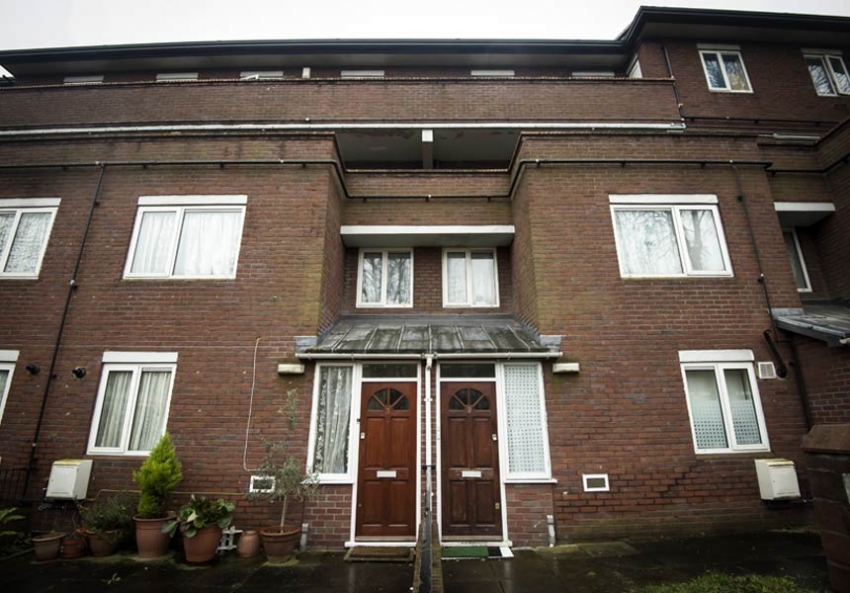 We are no wiser as to who indoctrinated ‘Jihadi John.’

It’s been nearly impossible for journalists to report from ISIS territory, which, Cockburn suggests, has 'been convenient for the U.S. and other Western governments because it enabled them to play down the extent to which the "war on terror" had failed so catastrophically in the years since 9/11.'

That mysterious figure in a balaclava, wielding a serated black knife to cut off the heads of journalists and aid workers, always had a recognizable London accent, which is why he was nicknamed “Jihadi John.” Now that he’s been identified as Mohammed Emwazi and we’ve learned something about his life, we are no less baffled. Described as “quiet, reasonably hard-working and aspirational” by his headteacher, he was remembered by another teacher as in need of anger management training (which he later received). I visited student-teachers in that school regularly and may have glimpsed Emwazi skulking in the back row of a classroom there. Apparently, he was bullied and short of friends. He is remembered for getting blind drunk and abusive on a flight from Amsterdam to Tanzania, and as “cold” and “a loner” by fellow jihadists. He complained that in 2009 in Amsterdam, MI5 accused him of being a radical Islamist and threatened him. Other scraps of information have him as “the best employee we ever had,” according to a Kuwaiti employer; as being charged and acquitted of petty crime in his teens and “painfully shy”; as someone once ambitious to be a footballer who earned a degree in computer programming; and as a child in Kuwait likely to have suffered because his family was Bedoon, a stateless ethnic group denied full Kuwaiti citizenship.

We are no wiser and probably never will be. Yet we continue to worry about just who indoctrinated Jihadi John and those three London schoolgirls who slipped across the Turkish border into Syria in February, presumably to northern and western Iraq and eastern and northern Syria. The government responds with schemes to spy on students in universities and to lecture the young, as Home Secretary Theresa May has done, about “fundamental British values,” while refusing to accept that British foreign policy, racism or revenge have anything to do with it. Through its so-called Prevent Strategy, the government has, it seems, trained 130,000 volunteers since 2003 to identify and prevent extremism. Dal Babu, until 2013 a chief superintendent of police, describes its tactics as “toxic.” He notes that most of the Prevent recruits are white and regarded as intimidating by those who are confronted by them.

I’ve been reading the journalist Patrick Cockburn’s The Rise of Islamic State: ISIS and the New Sunni Revolution, and he doesn’t pull his punches. It’s been nearly impossible for journalists to report from ISIS territory, which, Cockburn suggests, has “been convenient for the U.S. and other Western governments because it enabled them to play down the extent to which the ‘war on terror’ had failed so catastrophically in the years since 9/11.”

It happens that I’ve been listening to yet another voice on the subject, Aimen Dean (not his real name), who has been interviewed by the BBC. He grew up in Saudi Arabia, fought with the mujahideen in the Bosnian War when he was 16 and ended up with Osama bin Laden in Afghanistan. There, he recruited al Qaeda volunteers and taught them to read and write and learn something about Islam, of which, he says, they knew little. But the 1998 bombings of American embassies in Dar es Salaam and Nairobi, which killed huge numbers of Africans unconnected to the embassies, prompted a change of heart. Since then and until fairly recently, he was a double agent, working for MI5 while teaching Islam to students in Mosque schools–some of whom may have chosen to fight for al Qaeda or ISIS. Asked whether he sleeps easily, he assured his BBC interviewer that he does and that he saw it as his duty as a Muslim to save the honour of Islam as it suffers its current “identity crisis” and to “extend Islam’s existence in the West.” A position that is, to my mind, morally superior to one that simply tells Muslims that they’re traitors to Western values.

I believed him and was moved to think of the courage and intelligence such a person must possess to try, as he has, to get at least something right in this impossible conflict.