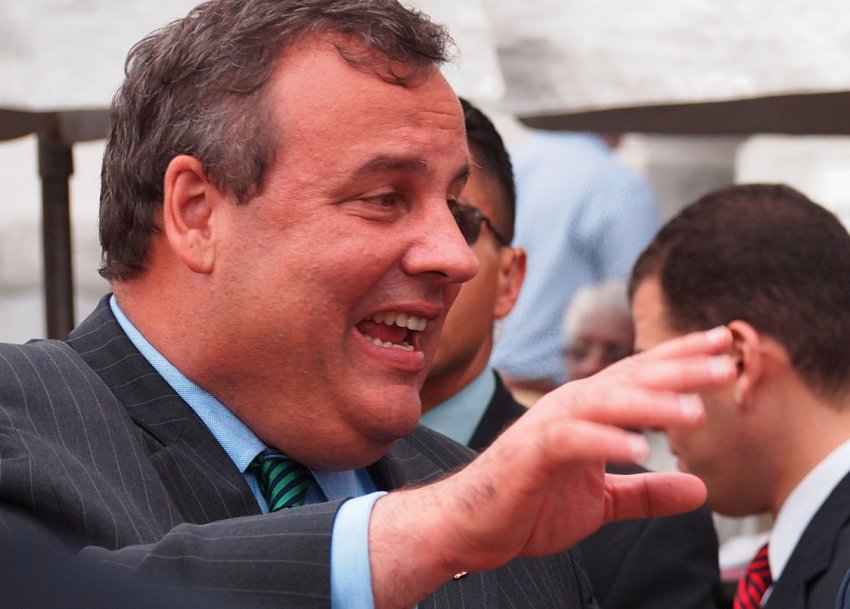 Chris Christie Is Facing Yet Another Investigation

At issue is whether Christie’s officials have lined Wall Street’s pockets with the retirement savings of teachers, firefighters, police officers and other public sector workers.

Only days after prosecutors indicted his appointees in the Bridgegate affair, Christie vetoed a bipartisan anti-corruption bill designed to insulate the state’s pension system from undue political influence.

If after last week’s Bridgegate indictments you thought Chris Christie was finally done as the focus of government investigations, think again. The Republican governor’s administration in New Jersey is facing a whole new inquiry—this one involving hundreds of millions of dollars, and not just blocked-off bridge lanes.

At issue are the fees being paid by New Jersey’s beleaguered public pension system to Wall Street firms. In recent years, Christie’s officials have shifted more of the retirement savings of teachers, firefighters, police officers and other public workers into the hands of private financial firms. That has substantially increased the management fees paid by taxpayers to those firms. Indeed, while Christie says the pension system cannot afford to maintain current retirement benefits, pension fees paid to financial firms have quadrupled to $600 million a year—or $1.5 billion in total since he took office in 2010.

In recent months, details have emerged showing that Christie officials have directed lucrative pension management deals to some financial companies whose executives have made contributions to Republican groups backing Christie’s election campaigns. Additionally, Christie’s officials have admitted that they have not been fully disclosing all the fees the state has been paying to private financial firms.

Not surprisingly, this has made the trustees who oversee the state’s retirement system more than a little bit nervous—especially since the ever-higher fees have coincided with below-median returns for the state’s pension fund. So the trustees began asking questions, and when they didn’t get the answers they were looking for, they announced in April that they are launching a formal investigation of the matter.

Wayne Hall, the chairman of one of the state’s pension funds, told the Newark Star-Ledger that the new investigation is designed to help retirees understand why the state is paying so much.

“I'm a layman. I'm not on Wall Street. I'm not an investor, and I have 33,000 people that I answer to and they're not investors either,” he told the newspaper. “Why are we paying that kind of money? When I see the exorbitant fees the state has been paying for the last couple of years, I have to question that.”

In their quest for better disclosure, Hall and his colleagues received a boost from an unlikely source: conservative activists. When it comes to pensions, those activists are often calling for benefit cuts, but when it comes to transparency, they are standing on the same side as the retirees.

“Both government workers and taxpayers deserve to know why such an incredible sum is being expended every year with the current system in deep crisis,” said Erica Klemens of the New Jersey chapter of Americans for Prosperity. “These are dollars that could be funding the system and preventing the state’s pension hole from growing even deeper. The decision by the trustees to look into this matter is the right thing to do.”

You might assume that the conservative support was designed to set the stage for New Jersey’s Republican governor to cooperate with the investigation’s push for transparency. But no—quite the opposite.

Only days after prosecutors indicted his appointees in the Bridgegate affair, Christie vetoed a bipartisan anti-corruption bill designed to insulate the state’s pension system from undue political influence. One of that bill’s provisions would have forced the state to better disclose the fees being paid to politically connected Wall Street firms.

That leaves the trustees to try get to the bottom of what’s really happening at the state’s $80 billion pension fund. They may not have the governor’s bully pulpit, but thousands of retirees are relying on them to bring the truth out from the shadows.