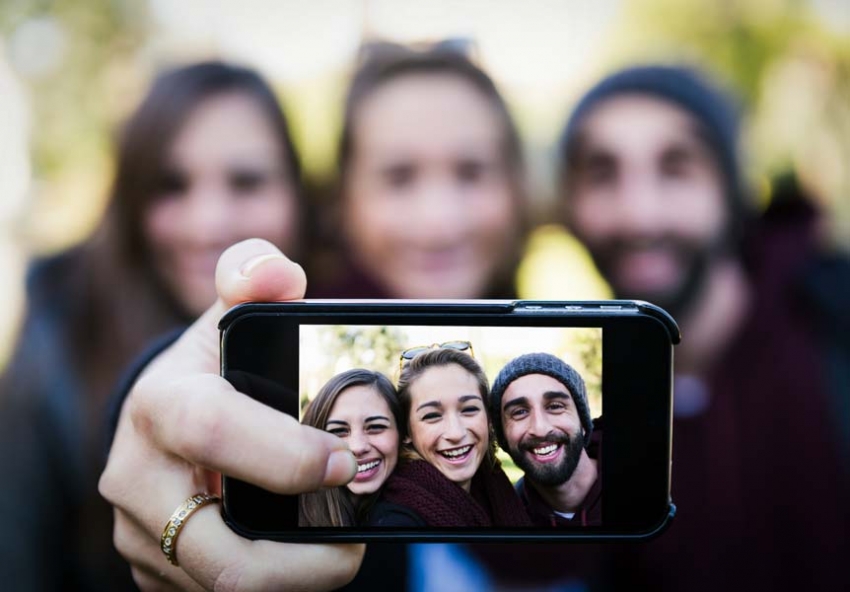 If the GOP wants to gain the support of young voters, it must change its message. (Fototip / Shutterstock)

If the GOP Wants To Attract Young People, Maybe It Should Stop Screwing Them Over

Kristen Soltis Anderson’s The Selfie Vote suggests Republicans use “microtargeting” to win over the youth.

This is her prime directive to party leaders: 'Championing technology as a way to create greater choice, greater cost savings and better learning in America is an obvious step Republicans can take to help young people.' In other words: Let them eat innovation.

It’s tempting to dismiss GOP political consultant Kristen Soltis Anderson’s The Selfie Vote: Where Millennials Are Leading America (And How Republicans Can Keep Up), a playbook to rebrand the GOP as hip, wired, compassionate and relevant, as a nightmarish marketing scheme.

Anderson, co-founder of the conservative Beltway polling firm Echelon Insights, employs the dubious science of “microtargeting”: the divination of key political leanings from banal consumer preferences. Google stocks its cafeteria with sushi because, you see, “young people tend to have adventurous palates and an appetite for new experiences.” This leads to an unnerving analogy between the feeding habits of the Silicon Valley elite and the voting habits of the U.S. public. As Anderson sees it, “The same values that lead to us making consumer or lifestyle choices are not so different from those values that drive our political views as well.”

Anderson believes this moment of convergence between political and consumer choice provides the Republican Party the opportunity to rebrand itself. The GOP may enjoy a stranglehold on governorships, state legislatures and Congress, but Republican presidential candidates perform badly among younger non-white voters. To reverse these trends, Anderson points to fashionable microtargeting innovations in political messaging, such as airing political ads on cheaper, nichified cable channels, instead of the usual inefficient primetime broadcast buys.

She also sketches out a policy platform for GOP candidates trying to be serious about winning the longer-term political allegiances of the younger set. The party needs to drop its repudiation of Obamacare, she argues, and oppose the mandatory provisions while embracing those features that make sense for footloose, debt-ridden millennial workers, in particular the detachment of coverage from employment that would help make health insurance “a person’s individual responsibility.” Noting that today’s youth are more “tolerant and openminded,” she recommends that the GOP abandon its scare campaigns against homosexuality and marijuana use. She has similarly astute recommendations for the Republican establishment to move beyond pat “colorblind” bromides in addressing America’s racial inequities and to wean itself from its long-standing fealty to the national incarceration state.

However, while Anderson’s data analytics may deliver brute demographic dictates to Republican strategists trying to steer the GOP in more youth-friendly directions, she’s unable to explain how today’s Tea Party-branded Republican Party will adapt itself to policies that its most prominent thinkers and leaders regard as ideological heresy. And she’s all over the map when it comes to economic matters—the central coalition-building plank of any majoritarian party, especially one seeking to attract underemployed, debt-hobbled, benefit-strapped millennials.

Anderson talks a good game on the economy, arguing, for instance, that cheaper, nonconventional credentialing programs should supplant the ruinously expensive, peonage-promoting status quo in higher education. But at bottom, her economic platform consists of well-worn “information economy” platitudes. This is her prime directive to party leaders: “Championing technology as a way to create greater choice, greater cost savings and better learning in America is an obvious step Republicans can take to help young people.” In other words: Let them eat innovation.

This plank-in-the-eye blind spot isn’t surprising, since the Republican Party remains very much in the business of creating policies designed to beggar the American middle class. This is also true of the cartelized, union-resistant tech sector that Anderson lauds as the panacea for most of our social and economic woes. As Jaron Lanier and other critics have noted, Big Data has created a caste of Zuckerbergian information titans, who collude among themselves to reduce workers’ job mobility and drive down their wages—while, yes, cheerfully doling out sushi to them on their lunch breaks.

To reclaim the lineaments of true economic opportunity from this mobbed-up system, Americans of all ages will have to stop thinking of themselves as uber-wired consumers and start reckoning with their role as actual, grown-up citizens—as misguided broadsides like The Selfie Vote make all too clear.