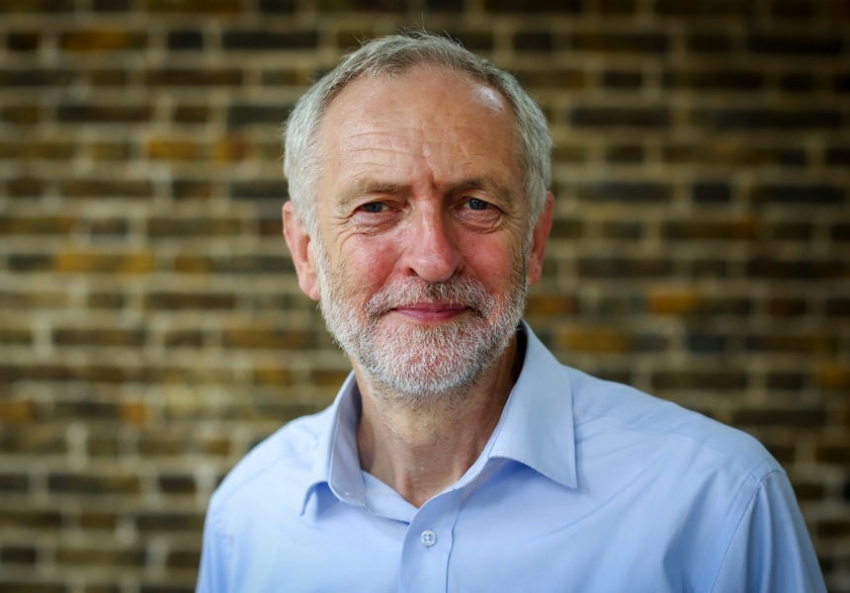 Blair has also told anyone whose heart goes out to Corbyn 'to get a transplant.'

In June, Jeremy Corbyn finally mustered the backing of the 34 other Labour MPs he needed to become the fourth candidate for the Labour Party leadership. You probably haven’t heard of him (until recently he wasn’t well known here), though for 32 years he has been MP for Islington North, a mixed inner-London constituency, and in this year’s general election he increased his majority to 60 percent. When the four candidates for the leadership appeared recently on television, the studio audience (described as people “open to voting Labour”) seemed to favour him, especially when he spoke of Labour having lost its way. “We have been cowed by powerful commercial interests,” he told them, “frightened of the press, frightened to stand up for what we absolutely believe in.” Yet it was assumed, not least by Corbyn himself, that he hadn’t a ghost’s chance of winning the leadership and that his presence on the hustings was simply there to encourage debate. But Corbyn, a decent man and a good politician, is, amazingly, suddenly ahead. I have rejoined the Labour Party to vote for him. And since May, tens of thousands of people, many of them young, have joined the party for the first time.

Corbyn is 66 and an old friend of Tony Benn, the former leader of Labour’s left-leaning MPs known as Bennites. He has been consistently and coherently against wars, from Vietnam to Iraq and Afghanistan. After he campaigned for the Guildford Four and the Birmingham Six, two groups imprisoned for IRA terrorist acts in the 1970s, they were eventually exonerated and freed. As a recent Guardian profile put it, “The thing about Corbyn is that he is nearly always proved right—after the event.” He has opposed austerity with vigour and advocated building affordable housing and renationalising the railways. Above all, he has argued for the redistribution of income and for greater equality. He is now almost alone in having these views in the parliamentary Labour Party and being so unequivocally against virtually everything Tony Blair stood for.

In a recent New York Review of Books article on British economist Anthony Atkinson’s Inequality: What Can Be Done?, Thomas Piketty, the French economist, writes that Atkinson attributes the rise of inequality in the UK—from European levels to “quasi-American” ones—to the 1980s when Margaret Thatcher reduced the top marginal income tax from 83 percent to 40 percent, without “bringing adequate corresponding benefits to society at large.”

Meanwhile, and magisterially, Tony Blair has told the party to embrace “ambition and aspiration, as well as compassion and care,” and to go for the centre, to ignore the Left and to oppose the UK Independence Party. He rightly points out that “leading the debate over why Britain should stay in Europe offers a great chance” to seek out alliances and forge that centre. He has also told anyone whose heart goes out to Corbyn “to get a transplant.” On immigration, Blair gnomically declares, “We’re for rules, not prejudices.” He is readier to talk of “reforming” public services than of opposing the £12 billion cuts to them that the Conservatives are proposing.

Corbyn’s style and emphasis put inequality and attempts to reduce it at the heart of Labour commitments. The other three candidates (two of whom, Andy Burnham and Yvette Cooper, are former government ministers, while the third, Liz Kendall, is a newcomer) are principally concerned with setting their past and present relation to Tony Blair’s New Labour, with its backing of Bush’s Iraq War and its partial privatising of education and healthcare, in the best possible light. They are anxious to sound tough on immigration and to appeal to almost everyone.

Yes, those of us that Martin Kettle, a Guardian associate editor, rebukes as nostalgic for “a programme of prelapsarian socialist purity” may be naïve and unrealistic. But it’s hard not to wish at least for some strong and coherent opposition to government plans to lower the top rate of tax, to alter the method of calculating child poverty in order to disguise its increase and to lop £12 billion from an already shredded welfare budget.