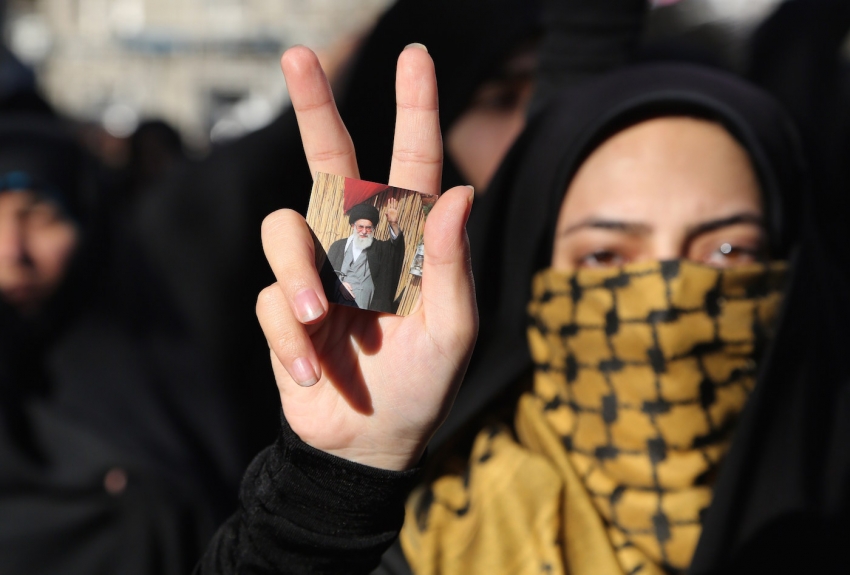 Let’s Be Real: Iran Has No Intention of Attacking Israel, with Nuclear Weapons or Anything Else

Despite doomsday warnings from American politicians, Iran has no serious intentions of attacking Israel or the West.

On September 17, just hours before the deadline for Congressional review of President Obama’s Iran deal, Senate Democrats repelled a resolution of disapproval, which would have scuttled the deal by preventing Obama from granting Iran sanctions relief, for the third time in two weeks. This marked the end of any legislative opposition to the deal, after months of Republican grandstanding—several of the GOP presidential candidates have even promised to tear up the deal on their first day of office—and intense lobbying by AIPAC and similar organizations.

The fierce resistance to the deal by these conservatives is understandable. They see Iran as hell-bent on the destruction of Israel, the annihilation of the Jews and the downfall of Western culture and empire. Jennifer Rubin wrote a piece for the Washington Post decrying the deal simply titled “Obama won’t defend Western civilization.” During the second presidential debate, Mike Huckabee insisted that “This [deal] threatens Israel immediately, this threatens the entire Middle East, but it threatens the United States of America. This is really about the survival of Western civilization.”

But it isn’t. Despite what some leaders in the country say, Iran has no serious intentions of wiping out the Jews or the West. And while the deal prevents the country from developing a nuclear weapon for at least the next decade, even if Iran were to gain access to such a weapon, the country’s leaders would never attempt to use it for fear of Israeli retaliation.

Ayatollah Khamenei, Iran’s Supreme Leader, isn’t stupid. He knows that, were he to order any sort of attack against Israel, the tiny Jewish country would respond with magnified force. While Israel has never admitted to having any nuclear weapons, NGOs and foreign governments estimate it has built as many as 300. And a hawk like Prime Minister Benjamin Netanyahu would not hesitate to respond to Iranian aggression with overwhelming nuclear force. Khamenei knows any nuclear strike would be suicidal.

And besides, such a scenario presumes that Iran even wants to attack Israel. But all historical evidence shows that it does not.

Iranian officials have, of course, spouted anti-Israel and anti-Semitic rhetoric since the 1979 revolution. Yet little has come of it. Certainly, Iran has funded and armed Israel’s enemies—most notably Hamas, Hezbollah and Islamic Jihad—and engaged in small proxy wars, but it has never put its full weight behind any of these conflicts.

A May 1996 Pentagon report indicated that Iran has probably produced biological warfare agents and weaponized at least a small quantity of them. But no evidence has ever shown that it has given any of these weapons to Hezbollah or Hamas. In fact, in the same year, during one of Israel’s periodic wars with Hezbollah, Iran actually pressured both sides to a cease-fire. Israel’s then-Defense Minister Yitzhak Mordechai later praised Tehran for its intervention and for helping to return Israeli hostages, saying, “As a goodwill gesture, I want to thank everyone who dealt in this humanitarian deed—in Lebanon, in Syria and in Iran.” Hezbollah had effectively fought Israel to a stalemate, yet rather than encouraging greater damage and embarrassment to Israel—what you’d expect from a country hell-bent on a long-term project to annihilate Israel—Iran intervened to end the conflict.

This was no isolated occurrence: Iran has very often made diplomatic and trade overtures towards both Israel and the United States. During the Iran-Iraq war, Israel sold weapons to Iran and pressured the United States to do the same. (This, of course, later led to the Iran-Contra affair.) In 2002, after the Taliban were ousted from Afghanistan, Iran helped negotiate the peaceful creation of a new government, and even offered to provide resources and training for 20,000 Afghan troops—all under American guidance.

Coinciding with the U.S.-led invasion of Iraq in 2003, Iran offered to cut ties to its affiliated terrorist organizations, push Hezbollah to close its military wing, and even accept the Beirut Declaration of the Arab League, which would normalize relations between Arab states and Israel, if America would end sanctions and resume diplomatic relations with them. While the proposal gained the support of much of the Bush Administration, then-Secretary of Defense Donald Rumsfeld and Vice President Dick Cheney rejected it, saying, “We don’t speak to evil.” More often than not, Israeli and American hardliners are the ones who shut down peace talks and negotiations—as almost happened with this latest deal—as opposed to Iranians.

While Iran doesn’t represent a real existential threat towards Israel and the West, life for Jews within Iran is hardly hindered by some kind of genocidal anti-Semitism. Jewish reporter Larry Cohler-Esses visited Iran recently, reporting for the Jewish Forward. He investigated Iran’s Jewish community, which currently numbers somewhere between 9,000 and 20,000, making it the third-largest Jewish community in the Middle East behind only Israel and Turkey.

Cohler-Esses describes how Iran’s Jews constitute “a broadly prosperous, largely middle-class community whose members have no hesitation about walking down the streets of Tehran wearing yarmulkes.” Compare this to France, which a report by the Coordination Forum for Countering Anti-Semitism labelled “the most dangerous country for Jews today.” Fifty-eight percent of British Jews feel they have no long-term future in Europe, according to the Campaign Against Anti-Semitism.

If world Jewry is facing any major threat, then, it’s coming from the European right-wing—certainly not Iran. In fact, while Iranian ayatollahs and military officials have been promising to “wipe [Israel] off the map” since its 1979 revolution, it was only in the 1990s that Israel began to acknowledge these threats. Even as Iran sponsored an essay contest on the topic “Israel Must Be Erased from the Earth” in 1985, the two countries were negotiating arms deals and mediating peace accords.

What changed? In the 1980s, Iraq was the largest threat to Israel in the Middle East. It had the backing of the Soviet Union and was led by a bloodthirsty autocrat who actively sought Israel’s demise. But, with the collapse of the Soviets, Saddam Hussein’s defeat in the First Gulf War and his eventual execution, Iran became Israel’s new nemesis.

Because, after all, Israel must have a nemesis. The Israeli narrative of a country surrounded by enemies on all sides, poised at all moments to invade and wipe Israel off the map, is integral to its survival in the international scene. Only by sustaining this farce can Israel continue to justify its illegal occupation of Gaza and the West Bank. And so Netanyahu, who led the country as it turned against Iran in the mid-late 1990s, used Iran’s overblown rhetoric to create the specter of a country motivated solely by a desire to destroy Israel.

By trumping up Iran as the next Nazi Germany, Netanyahu wins humanitarian and military aid for Israel, and victorious elections for his hard-right party Likud. Thus, Obama’s Iran Deal, which singlehandedly banishes this specter of a nuclear Holocaust for the next decade or more, has helped to strip one more lie from the narrative of an Israel under attack. Ironically, Netanyahu’s greatest weapon in his seemingly-eternal war on Palestine was the Iranian bomb. Without that weapon, perhaps he’ll be forced to make peace at last.