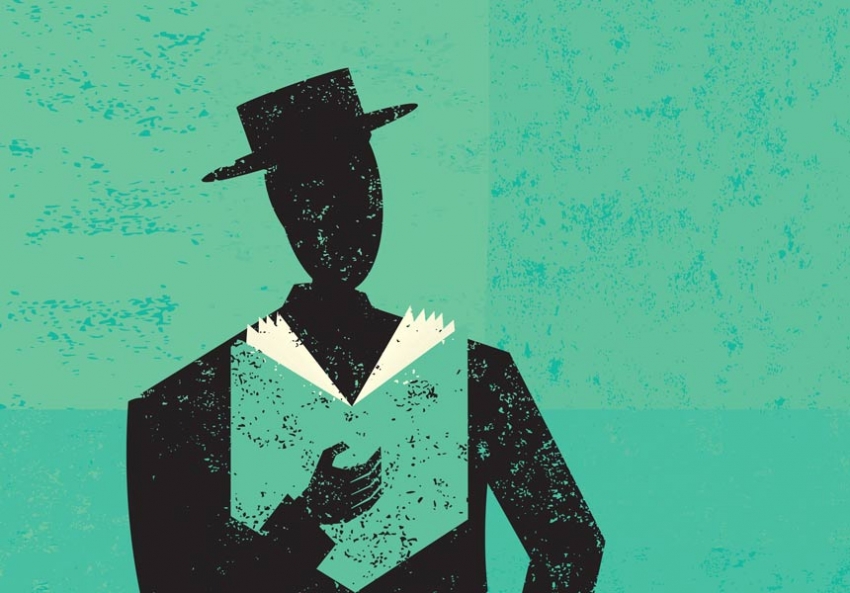 The early-20th-century university of Williams’ novel has many of the problems that plague academia today. (RETROROCKET/SHUTTERSTOCK)

At the ripe age of 50, John Williams’ “Stoner” is getting the attention it deserves

Stoner’s students are still indistinguishable packs of walking hormones, out of which a bright acolyte or sullen antagonist might occasionally emerge.

Are the humanities doomed? In 2015, it can certainly seem that way as universities reinvent themselves as global brands, investing their resources in amenities and administrators while turning the slow labor of teaching over to cheap, disposable adjuncts. Those who have devoted their lives to the study of Old Norse poetry or Haitian religion find it hard to defend themselves in the language of measurable outcomes and action able data. Meanwhile, to the students watching tuition climb relentlessly as career options shrink, the old ivory tower ideal—college as refuge from ruthless capitalism—looks as outmoded as a professor’s tweed suit.

The tortured questions of what exactly the humanities are for, what their study can do or give or create, and therefore how they can be defended, are hardly new—John Williams’ elegant, anguished novel Stoner makes that clear. Published 50 years ago and set 40 years prior, the novel, which follows the undistinguished career of a Midwestern professor of medieval literature, has enjoyed a surprising resurgence of popularity in the 21st century. A new Frenchtranslation in 2011 sparked a rapturous response in Europe that spread back to the United States. Whatever has driven that well-deserved revival, it is certainly not nostalgia for some pre-smartphone era of undergraduate passion for learning. Stoner’s students are still indistinguishable packs of walking hormones, out of which a bright acolyte or sullen antagonist might occasionally emerge. The university administration is still an obtuse, unbending bureaucracy, and professors are still underappreciated and underpaid.

Stoner is hardly a rousing defense of the academy, but it forces us to reckon with fundamental questions of the value and purpose of the humanities.

Most novels that probe the cloistered obsessions of college professors play them for laughs. Writers from Aristophanes to Julie Schumacher, winner of this year’s Thurber Prize for her satirical novel Dear Committee Members, have found rich comedy in the conflict between the refined intellect and the baser drives of heart, loins and ego. For Williams, however, that conflict is serious and sometimes tragic. His novel tells the life story of William Stoner, a professor whose scholarship is unimportant and whose impact on his hundreds of students is negligible. His death, reported on the first page, inspires no more than a faint gesture of piety from his colleagues, who bequeath a medieval manuscript to the library in his name.

When tall, shy, ungainly Stoner arrives on the campus of the University of Missouri at the age of 19, he regards the place with awe. An only child, raised on a struggling farm by silent, stoical parents, he is diverted from his fixed path in life when a university recruiter suggests that he and the farm might benefit from a course of study in modern agriculture. In his sophomore year, quite against his will, a required literature class warms something in Stoner’s soul that he had no idea was there. When his curmudgeonly professor tells him, to his amazement, that he might be able to keep studying and eventually be paid to teach at the university, he discovers the life to which he will commit himself as deeply and unwaveringly as his parents to their farm. Although he has to break painfully with his past, the work he ends up doing at the college is oddly similar: Just as inexorably tied to the seasons, it repeats itself with minor variation, year after year. Like the farmer, the professor continually confronts the limits of his own power, the success of each year’s student “crop” dependent largely on forces he can neither predict nor control.

Stoner meets his wife Edith at a faculty party and marries her after a brief courtship, only to find himself shackled to a wealthy, unhappy young woman who is utterly unable to voice her own needs or desires honestly. When their only daughter is born, she abandons the baby almost entirely to William’s clumsy, loving care, then a few years later reclaims control and turns the girl into a pawn in an inexhaustible marital war. Eventually, Stoner has “his love affair” with a younger instructor, another familiar trope of the campus novel that is here transmuted from sordid farce into the revelation that true happiness exists in the union, as his lover puts it, of “lust and learning.” The affair, which begins when Stoner helps the younger woman with research for her dissertation, briefly reignites his own enthusiasm for scholarship. Its catastrophic, inevitable end shuts down that light, and he returns to the steady grind of teaching. But at the moment of his death, described in wrenchingly beautiful prose, Stoner’s fingers reach for his only published book, a minor, forgettable study that nevertheless holds, for its author, a sacred weight.

The 50th anniversary edition of Stoner includes correspondence between Williams and his agent, in which he explains that the book is not the chronicle of a failed life. In the end, Stoner “is a kind of saint,” a man whose work and life are the same, and both valuable for the simple reason that each allowed the other to continue. That value is difficult to articulate and impossible to measure objectively. It’s the stuff of literature, not data, and it hardly lends itself to campus slogans or recruitment drives. But despite—or because of—his obscurity, mediocrity and disappointment, there are few more powerful reminders than William Stoner of the human within the humanities.