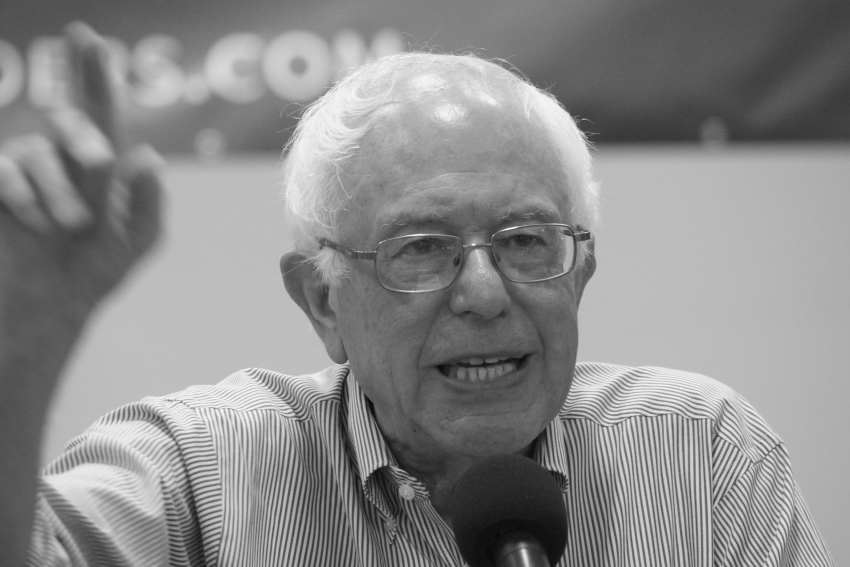 ‘Liberal’? No. ‘Progressive’? Nah. How About ‘Democratic Socialist’?

The democratic socialist tradition that Sanders is invoking may be just what we need.

Senator Bernie Sanders formally identifies himself as a “democratic socialist,” a designation which is at once part of his allure, especially for a new generation of voters, and a turn-off for other sections of the electorate—not to mention a likely unbridgeable barrier for media and political elites. He mixes in references to European and/or Canadian models of health care, family leave and college financing, but when pressed for a definition of the term, Sanders customarily reverts to Democratic Party platforms of the New Deal and after.

Citing the programs of venerable Democratic Presidents from Franklin Roosevelt to Lyndon Johnson, Sanders benignly explains, “Democratic socialism means that we must create an economy that works for all, not just the very wealthy.” Yet, if socialism is already so much a part of “the fabric of our nation and the foundation of the middle class,” as Sanders argued at a speech in Georgetown University last November, why, one might ask, venture out on a new and uncertain conceptual limb? Why not just stick to “Democrat,” “liberal” or at most “progressive,” the latter being the current favorite—often favored even by Sanders—of the left-but-respectable crowd? The answer tells us a great deal not only about the current crisis in the American economy and politics, but also about the changing position of America in the world.

On the positive side, by resurrecting a term that emerged from a 19th-century critique of class inequality, Sanders’ socialism actually dovetails nicely with his more extended emphasis on the relative decline of wealth and income working-class and middle-class Americans have experienced since the 1970s and the corresponding appropriation of power and influence by a favored few. Add to that the organic connections historically (as evident in France, Germany and Britain by 1900) between the socialist movement and the first electoral breakthroughs for ordinary working people, and the connection only reinforces the bona fides of an attack on a corrupt, undemocratic political system.

By some measures, socialism may appear a more solid denominator than the more prolific and customary “liberal” or “progressive” mantras. Ping-ponging between its classic-liberal (i.e. free-market) roots, its subsequent New Deal liberal statism and its most recent “neoliberal” global embodiment, the former has lost all orientation on economic matters and tends to weigh in only on the scales of racial and sexual identity.

“Progressive” is more encompassing, but so much so as to overwhelm the political consumer with a smorgasbord of off-setting issues. Is Bernie more progressive because of his proposals on single-payer health, international trade and the minimum wage? Or is Hillary more progressive because she is tougher on guns and a more determined defender of women’s rights?

Dating to its own pre-World War I origins, progressivism has always been heavily single-issue oriented and hence open to internally-conflicting tendencies. Like liberalism, then, progressivism (except perhaps for being “anti-monopoly” as in Teddy Roosevelt’s trust-busting) has no inherent economic agenda at a moment of acute national economic insecurity. Whatever else it may mean, socialism re-centers discussion on the distribution and redistribution of wealth.

Finally in its favor, socialism as it evolved in the so-called social democracies of post-World War II Europe proved at once a driver of universal benefits—including health care, day care, public transit and free tuition—but also quite compatible with innovative, competitive, free-enterprise economies. Unhooked in practice and increasingly in the public mind from the top-down, managed-economies of the Communist bloc—and indeed largely foreswearing even public ownership of industry since the 1960s—“actually existing” socialism today looks “radical” only in relation to the drip-drip downsizing and de-regulation of business and banking that set in with globalization in the 1990s.

Unfortunately, many Democrats, liberals and progressives largely bought into this neoliberal global order. “The era of big government is over,” declared President Bill Clinton in 1996. Twenty years later, however, faith in the international marketplace, free trade deals and tax cuts no longer inspire confidence, especially from Democratic Party voters.

As Sanders indicates, the U.S. has barely begun to use the redistributive power of the tax system to address mounting economic inequalities as well as gaping holes in the American infrastructure of health, education, transportation and scientific research. That said, “socialism” as a targeted injection of public investments in select areas of our national life could at best offer short-term relief from the current economic malaise and sense of decline. Our larger problems, unfortunately, are now knit into a world order which shows slight capacity for self-governance at the political or economic level (witness the current worldwide refugee problem). “Democratic socialist” policies in other advanced economies  have not escaped the pressures of austerity and job loss.

Only in the U.S., indeed, does socialism still function as either a scare word or a rallying cry. At some point, it would seem, a new platform of international interdependence on both environmental and economic grounds must be built. Alas, for that politics, we yet have no name.