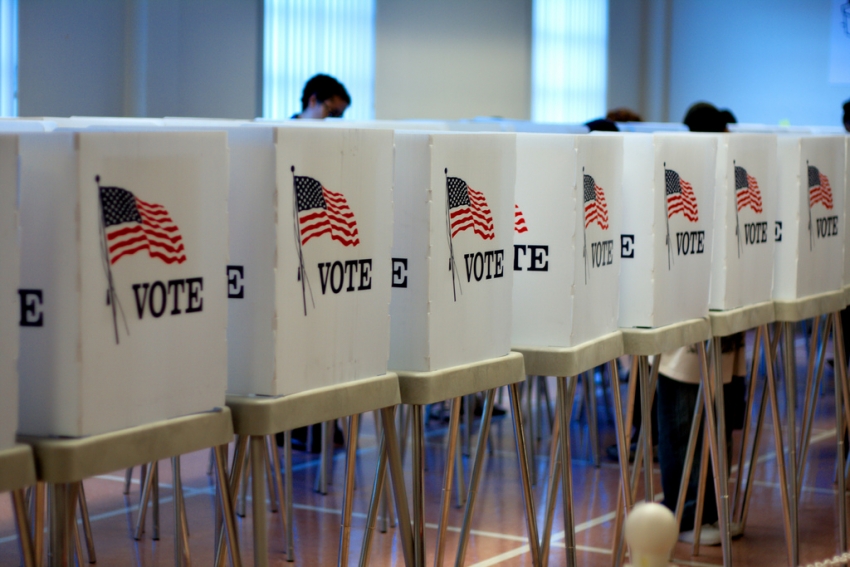 The Case for a One-Person, One-Vote National Primary To Nominate Our Presidential Candidates in 2020

State contests would be held first to reduce the field.

The parties should pick nominees for president the way they nominate everyone else: with a final binding nomination contest held on the same day. A party might make its final selection of a nominee in separate state contests all held on one day, but far better would be to hold a national primary and award the nomination on the basis of one-person, one-vote.

All across the United States, candidates for Senate, Congress and state offices are winning primaries to represent their parties on the November ballot. In every case, they are one-person, one-vote contests where the candidate with the most votes wins.

But that’s not how we nominate candidates for the office that matters most to Americans: the presidency. The rules that govern the parties’ selection process currently aren’t doing them any favors. The GOP’s controversial presumptive nominee has yet to earn the support of its last two presidential nominees and its two living former presidents. Democrats have new divisions and growing concerns about their likely nominee’s viability in November.

Benefitting from a fractured opposition, Donald Trump cleared the Republican field before many states even voted—and had won only 40 percent of vote, representing a mere 4.7 percent of the nation’s eligible voters. Hillary Clinton effectively locked up the Democratic nomination with strong results on Super Tuesday and her overwhelming advantage in super delegates who can ignore their states’ popular vote—leaving Bernie Sanders supporters to fume as his increasing success had no chance to change the outcome.

It’s time for a change that is widely popular among voters. The parties should pick nominees for president the way they nominate everyone else: with a final binding nomination contest held on the same day. A party might make its final selection of a nominee in separate state contests all held on one day, but better would be to hold a national primary and award the nomination on the basis of one-person, one-vote.

Making a national primary work is not as simple as it might sound. That’s because the current rules have some value. They give less well-known candidates a chance to build support without huge upfront campaign cash and name recognition. They require frontrunners to withstand the heightened scrutiny that comes with early success. The best approach, then, is to keep state-by-state contests, but have them only determine which candidates advance to the national primary.

This year, Clinton and Sanders would have known all along they were heading toward a single final primary—something that would have removed all the sourness associated with the race being effectively over early on and giving the party a chance to confirm who it wanted as a nominee. The entire tenor of the Republican campaign would have changed as well. Trump would have needed a true majority, likely still facing his party’s strongest candidates.

STEP ONE: State contests to choose delegates and winnow the field.

A national primary would always decide the nominee, but state contests would still matter—just not as much. To allow longshots to become frontrunners and frontrunners to be tested, the parties should hold their state contests with a fairer schedule than today. A three-month version of the “American Plan” makes particular sense, given how well it balances the value of a rotating group of smaller population states going first with giving all states a meaningful role.

Some might complain about the length of the nomination process, but the United States is a large nation, with more than a hundred million voters. Campaigning in every state takes time, and every effort to woo voters would be part of the ultimate goal of winning the final primary.

State contests might be primaries, but also could include caucuses, which parties can organize and pay for on their own. It’s easy to criticize caucuses for lower turnout and disorganization, but done well, they can also allow participants to debate issues and get to know one another. And with this plan, they would never be a substitute for the final binding contest: a national primary to pick the nominee.

Whether holding caucuses or primaries in states, parties would be wise to build into all contests two key rules. First, they should award delegates on the basis of proportional representation: that means 51% of voters will elect a majority of delegates rather than all of them, and 20% of voters will elect a fair share. Proportional representation is already required in all Democratic contests and many Republican ones, and having a fair reflection voters helps make convention delegates and the field for the national primary more representative.

Second, they should use ranked choice voting (RCV, also known as IRV, “instant runoff voting”). RCV allows voters to indicate their first choice and then rank their backup choices. In each round of counting, the lowest vote-getter is eliminated and their votes shift to their supporters’ second choice. The instant run-offs continue until the winner secures a majority of the vote. In a presidential primary, the RCV count would stop when all remaining candidates have enough votes to earn their fair share of delegates, then continue to see who really should earning bragging rights for winning the state with a majority.

Used in several major cities and on the statewide ballot in Maine this year, RCV makes particular sense in presidential primaries. Their fields are often large and fractured, but the media treats every win the same, whether it is with 60 percent or 30 percent. This year, for instance, FairVote’s polling and analyses this year shows that Trump benefited greatly from a divided opposition.

It also would have given a backup choice to the more than 700,000 Republican voters who voted early and had their ballot count for a candidate who withdrew by the time of their primary—including nearly one in five in Arizona, far more than were victimized by long lines at the polls. With RCV ballots, voters would never be punished for voting earl.

STEP TWO: A national primary day among top contenders to choose the nominee.

After the state contests winnow the field, that party’s backers would pick their nominee in a single day of contests among the finalists. While a party might choose to let each state hold its own contests under its own rules, it would do well to embrace a full-fledged national primary, with every voter in every state and territory casting an equal vote.

June would be a sensible month for the primary. That’s after the spring season of state contests, but before the dog days of summer and general election campaign. States would be wise to hold their congressional and state office primaries on the national primary day, with all their current primary rules in place. That would surely boost congressional primary participation Georgia just held stand-alone congressional primaries, with only 20 percent turnout, less than half of its presidential primary turnout in March.

Parties would want to bind delegates to the national primary outcome or risk an uproar. As was the historic practice, however, parties might choose to give convention delegates more power over the selection of the nominee’s vice-president–—ecognizing the vice-president’s chance to become president and define the party in the future.

How it could happen

A national primary ultimately requires action by three major actors: the parties, state governments and Congress. Any one of them could also be a catalyst for the change.

The parties should take the lead at this year’s conventions—either putting forward a plan or setting up a special committee to do so, like the McGovern-Fraser and Hunt Commissions, which reformed Democratic nominating practices after presidential elections in 1968 and 1980 respectively. This year’s leading contenders could trigger change if joining to call for reform.

Congress has a big role to play. It should offer to fund states for administering primaries and upgrading their voting equipment if agreeing to participate in a national primary. A coordinated primary among states would boost turnout in congressional primaries alone, as persuasively argued by John Fortier of the Bipartisan Policy Center.

States and territories would then need to get on board, but with funding from Congress, they’d have every reason to act—and once a critical mass of states did so, the rest would want to get in line.

Americans can be cautious when it comes to upgrading electoral rules—a caution that has allowed other nations to embrace changes that often provide more substantive campaigns, higher participation, fairer representation and better governance. But the case for change is overwhelming, even if partisans will sure to calculate what this might mean for them and weigh potential unintended consequences,

As a start, parties could quit debating and tinkering with nomination rules in a way that always seems better for fixing the last cycle’s problems rather than anticipating future ones. Instead, they could put their trust in one-person, one-vote, and always have a nominee who has campaigned and built support in every state and ultimately won a national majority. If only one party pursed a national primary, its eventual nominee would dominate the media—and get a big leg up for the general election.

Some might worry that if only one party held a national primary, the other might try to game the vote. But such shenanigans are hard to pull off, and are even less likely if doing so would keep them from participating in their party’s state and congressional primaries being held on the same day.

States and territories have different rules for election administration and voter eligibility, but we already accept such differences—and it still would be fairer and more representative than the status quo. Furthermore, when more than 80 percent of the U.S. House voted in 1969 to establish direct election of the president, the proposed constitutional amendment did not require uniform voting rules and qualifications. They also are not required as part of the National Popular Vote interstate compact, which keeps advancing in states toward the goal of establishing a national popular vote for president.

The national primary plan also wouldn’t just serve the major parties. Minor parties could hold their primaries that day as well, and states might even those to hold a “public primary” contest among independent candidates. With ranked choice voting in place in primaries, we could easily establish it in November, finally putting an end to the spoiler debate and allowing debates to be opened to more candidates.

So enough already. Let’s make every vote count, give every voter an equal chance and end up with nominees who truly reflect their party’s majority. By taking action now, we can have a national primary in place by 2020.

Rob Richie is the president of FairVote and a frequent contributor to many leading newspapers and television news programs. He is co-author of Every Vote Equal and Whose Votes Count.