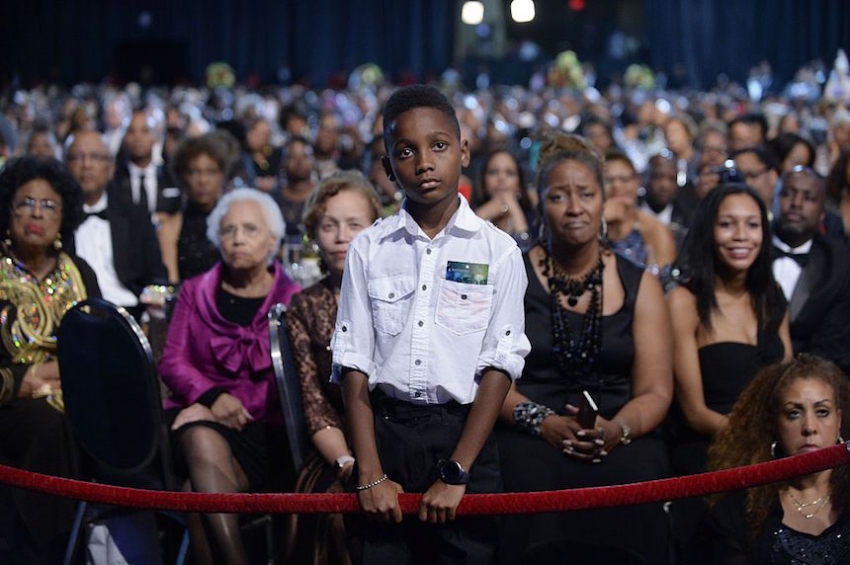 A Ballot “Blank-Out” Is Not a Strategy for Black Power

The Black electorate needs to think far beyond November 8—and to lead the progressive electoral movement.

This is an election that necessitates a mass mobilization on an almost unprecedented scale. There are no “safe states” in the face of Trump’s white nationalist and irrationalist candidacy.

In a recent essay in Time, “The Black Vote: History Demands a Strategy for Change,” Eddie S. Glaude, Jr. and Frederick C. Harris suggest that on Election Day, Black voters in states dominated by Republicans should cast a blank ballot for the Presidency, while voters in pivotal states should turn out for Clinton in massive numbers. I appreciated the audacity (in the best sense of the word) of their argument, and Glaude and Harris are absolutely correct that the Democrats have taken the Black vote for granted despite needing it desperately each election season. The authors are also correct that Democrats have advanced policies like the War on Drugs that have contributed to the crisis that Black America faces. At the same time, the Democratic Party’s failure to build energy around measures for equality, its recurring fear of losing conservative white voters, and its wholesale embrace of neoliberalism have left it without the power or will to enact the structural change necessary to address Black America’s deepening inequality crisis.

As Glaude and Harris point out, many Black Democratic politicians have been complicit. While they may use exciting social-justice rhetoric, in practice they have had a tendency to conclude that open pressure on Democrats somehow provided aid and comfort to the political Right.

It almost goes without saying such criticisms are correct—and that much more could be said. Yet I believe their proposal misses the mark. It is a tactic in need of a strategy—a tactic that is the equivalent of setting off a cherry bomb. It would create quite a noise and be very damaging, potentially, while producing nothing but smoke. Here’s why.

This is an election that necessitates a mass mobilization on an almost unprecedented scale. There are no “safe states” in the face of Trump’s white nationalist and irrationalist candidacy. The situation is highly unstable. In that sense I borrow from Malcolm X who, when asked about the South, responded that “the South is everything south of the Canadian border.” In our current situation, that is as true as ever. The pivotal states are all those south of the Canadian border. Those who believe that they can choose not to vote or vote independent in so-called safe states are making a risky assumption. I unite with Glaude and Harris on the importance of massive voter turnout in swing states, but I do not limit my call to just swing states.

A related problem is that, while Glaude and Harris argue that “blank voting” would be for so-called red states, my concern is that people will not vote at all. This could have ramifications on “down ballot” races that, in many of these red states, remain competitive. Nothing should be argued or advanced that gives any potential voter the idea that they can take a pass on November 8.

The deeper problem is that we need a long-term electoral strategy that addresses the legitimate concerns raised by Glaude and Harris.

Through the emergence of the Tea Party, the right wing has demonstrated what can be done via an electoral “insurrection.” Progressives must do likewise within the Democratic Party, and Black voters need to lead such an effort. The problem is that this cannot be reserved for one day every four years.  The Bernie Sanders campaign demonstrated that there is a very large mass base for alternative progressive politics. The campaign was weak on matters of race and gender, yet there were, and remain, openings for Black voters to shift the discussion.

What does this ultimately mean? Here are a few suggestions:

While the Glaude/Harris essay is a shot across the bow of the Democratic Party, it is not a strategic one. This election—featuring a white nationalist candidacy backed by neofascists and secessionists—is of decisive importance. Our signals must be clear to all sane voters: Defeat Trump!

Yet, as Glaude and Harris correctly note, that is simply not enough. We need a longer-term strategy that, while largely fighting out key battles within the context of the Democratic Party, introduces a political shift that advances the needs, desires and visions of the dispossessed, including but not limited to the Black voter.