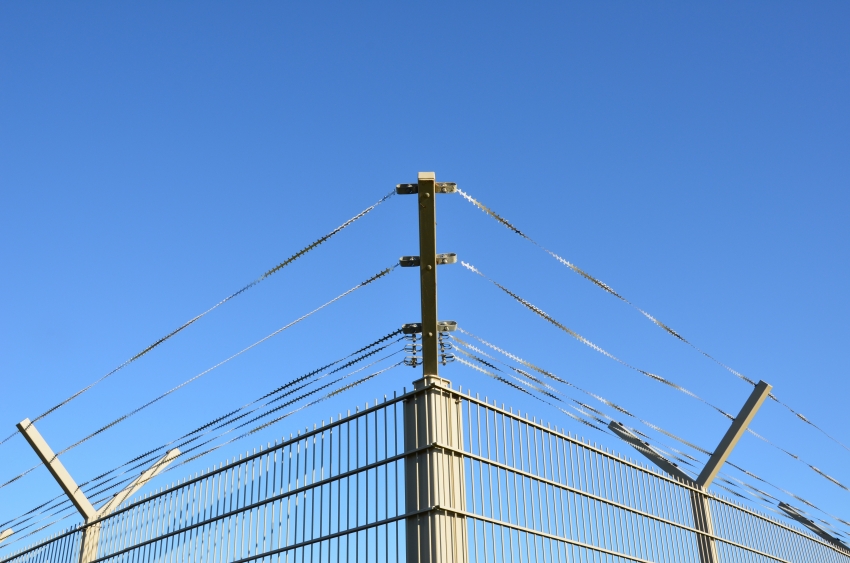 The juvenile legal structure is plagued by pervasive race and gender bias. (FairFoto/Shutterstock)

Banal adolescent misbehavior is too often labeled a serious crime.

While wealthy kids might get grounded for a week, poor kids who run away from home or defend themselves from bullies might end up jailed for the rest of their teens.

When you’re a kid in trouble, it’s easy to feel cornered—by neighborhood bullies, by domineering teachers, by parents who make you feel unwanted at home. But when teens feel like life is closing in on them, why does the government keep wanting to put them in cages?

In New York City, a focal point of the 1990s-era fearmongering of teen “super-predators”—youth of color are still routinely over-policed and over-incarcerated. Now, the logic underlying the city’s juvenile “corrections” system is finally being challenged by community advocates. The progressive think tank Vera Institute of Justice is pushing for a legal system that treats the whole community, instead of shutting kids into boxes.

The group’s critical analysis of local juvenile legal institutions explores a carceral system that “treats” bad behaviors not as manifestations of structural social problems, but a pretext for subjecting children to even more violent and isolating environments.

Often banal adolescent misbehavior is labeled a minor crime known as a “status offense”—a marker that dehumanizes children and criminalizes adolescence. About one in every 11 juvenile court cases involved status offenses in 2014, although the definition varies. Some courts target routine youthful transgressions, like truancy, while others focus on “disruptive” behavior in school.

Federal regulations generally limit the use of court-ordered punishments on young people. However, many states have recently taken advantage of waivers known as Valid Court Orders to circumvent regulations on youth incarceration. As of 2011, in more than half of states, kids have been incarcerated for violations such as cutting class, writing graffiti on a wall or “acting out.” This incarceration pushes children into the so-called “school-to-prison pipeline” by allowing states to remove children from their communities and place them in punitive institutions.

While wealthy kids might get grounded for a week, poor kids who run away from home or defend themselves from bullies might end up jailed for the rest of their teens. Systematically punishing adolescents' responses to trauma or hardship, researchers warn, is not only counterproductive—but abusive. Youth “offenders” plunge into deeper isolation and violence and become more—not less—likely to sink into self-destructive behavior.

After all, youth incarceration is linked to higher recidivism. The longer they are separated from schools and communities, the more alienated children become. Being cut off from school could foreclose future possibilities of earning a high school degree, dimming their chances of escaping the poverty that often lies at the root of their problems.

In a study linking girls’ experiences of abuse to entanglement in the criminal legal system, former detainee Nadiyah Shereff explained: “I became even more withdrawn and angry. I felt completely disconnected from my family, from friends; and the counselors inside offered no support for the real problems I was facing. I felt like nobody believed that I could actually do something positive with my life—especially the staff inside the facilities, who treated me like a case number, not like a person.”

Aside from the system’s intrinsic cruelty, the integrity of the juvenile legal structure is undermined by pervasive race and gender bias: Black kids are systematically viewed as more aggressive, less human and often older than they are. For example, Black girls are especially prone to punishment for nonviolent behavioral issues like acting out or behaving in a defiant way.

Early or chronic exposure to punitive institutions can quickly spiral into a self-fulfilling prophecy. “If this point of contact is disproportionate—as it is for girls, poor kids, kids of color, and LGBT [or gender non-conforming] youth,” the report concludes, “then the discrepancy in incarceration and recidivism will ripple throughout the rest of the justice system and society at large.”

Even in sheer financial terms, imprisoning young people is unaffordable, with a single young prisoner costing the state about $150,000 annually, according to the Justice Policy Institute.  That's enough to fund a four-year college degree or years’ worth of drug treatment. Yet, the social costs are heaped on impoverished communities in the form of “recidivism, lost future earnings, and additional Medicaid/Medicare spending,” costing an estimated $8 to $21 billion annually nationwide, according to Vera. If states and cities reinvested that money in community-based interventions—providing schools with a stronger teacher workforce, hiring guidance counselors, or replacing metal detectors with midnight basketball—early intervention could be woven throughout the social service infrastructure to keep children from slipping into destructive behavior cycles before more punitive interventions are triggered.

As alternatives to incarceration and courtrooms, Vera points to straightforward interventions with proven track records. In the 2000s, Connecticut undertook a massive overhaul of its juvenile legal system to reduce the number of children in incarceration and route them into less harsh and more positive intervention programs. According to the report, new regulations barred the use of status offenses as grounds for incarceration in many nonviolent charges, and kids were instead placed in family support centers that were designed work with young people and their families to connect them immediately with rehabilitative services based in their communities. The program is linked to a 70 percent reduction in recidivism among adolescents for status offenses, and the state may soon eliminate the use of courts altogether in handling such cases.

But instituting comprehensive alternatives for kids outside court is possible as long as there’s political will for “a shift in thinking” from a punitive to a therapeutic mindset, report co-author Vidhya Ananthakrishnan told In These Times.

From the standpoint of protecting youth rights, Ananthakrishnan adds, “that we label these misbehaviors with a term that includes the word ‘offense’ inherently is a challenge, when we want to think about how we handle such cases. After all, the behaviors we’re describing in and of themselves are not crimes and we shouldn’t treat them that way.” In fact, she continues, youth with behavioral challenges are the most in need of sensitive care, through “child-serving systems” focused on holistic education and social support.

When kids don’t see a positive future path forward in life, the criminal legal system simply teaches them to be precisely what society doesn’t want them to be, while denying them the right to live and learn as the children they are. Youth can be truly held responsible for their behavior only in a system  that fulfills its own responsibility to their communities.