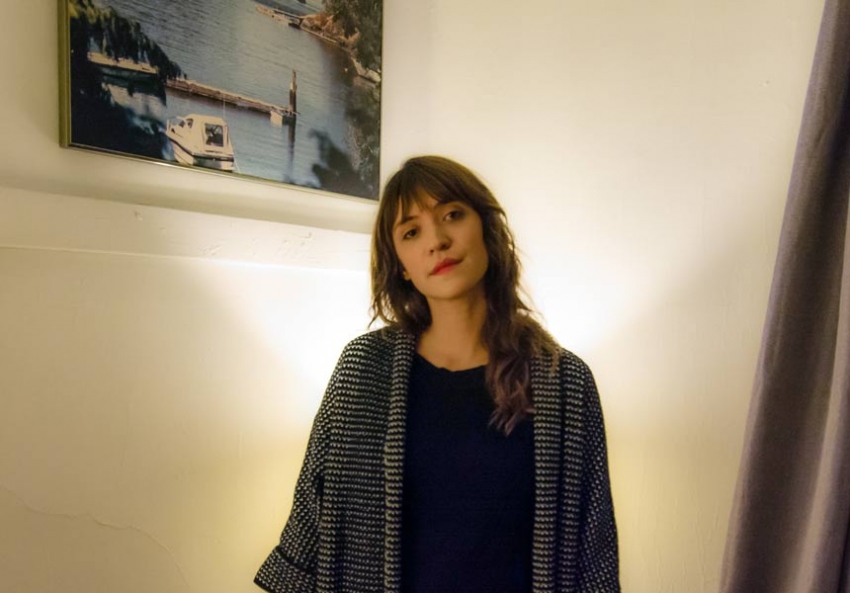 Kate Barutha, 29, began volunteering with the Midwest Access Coalition after the 2016 election. She provides a bed, home-cooked meals and emotional support to people traveling to Chicago for abortion care. (Sebastián Hidalgo)

Meet the Chicagoans Who Are Opening Their Homes to Abortion-Seekers

Right-wing lawmakers are restricting abortion access. These volunteers are expanding it.

Since its founding in 2014, the Midwest Access Coalition has served more than 215 people from 14 states and has never turned away a request.

CHICAGO—Once a month, Morgan Malone prepares to host a stranger in her South Side home. She consults a thorough email about her guest’s needs, shops for snacks and cooks meals. She checks that there are clean sheets on the guest bed, a journal and plenty of sanitary pads. Her guest is traveling to Chicago for an abortion.

When a friend sent her a link to the Midwest Access Coalition and asked her to come to a volunteer information session, Malone—an extremely social Black woman who has performed in the Vagina Monologues and advocated against female genital mutilation—did not think twice. She quickly joined 90 other volunteers who create a warm and loving environment of support.

According to the Guttmacher Institute, 90 percent of counties in the United States in 2014 did not have a single clinic providing abortions. This means that many people seeking to terminate a pregnancy must travel, often to a large city like Chicago.

Illinois also sits in the middle of a doughnut of restrictive Midwestern abortion laws. Iowa, Indiana and Wisconsin ban abortion after 20 weeks, while Illinois uses the more flexible standard of whether a fetus can survive outside the womb. Indiana, Wisconsin, Missouri, Michigan and Kentucky require ultrasounds and state-directed counseling, which Illinois does not. In Indiana, the counseling must be done in person at least 18 hours prior to the procedure, necessitating two trips to the doctor.

Traveling to Chicago is a way to avoid these burdensome processes. The Midwest Access Coalition assists with housing, transportation and other necessities often not calculated into the cost of the procedure (which alone averages $700). Since its founding in 2014, the Midwest Access Coalition has served more than 215 people from 14 states and has never turned away a request.

Vicki (a pseudonym), who lives in one of these more restrictive states, already had three children when she became pregnant again. She took a bus, then a train, then another bus to Chicago to get an abortion with the help of the coalition. She left her two eldest, ages 6 and 8, at home with a caretaker and brought her 2-year-old. Her host was Kate Barutha, a bubbly, white, 29-year-old arts administrator who decided to volunteer as a host after the 2016 election.

Vicki had beautiful long black hair, Barutha recalls, which swayed as she spoke about her struggle with her decision. Vicki talked about life, death, heaven and hell, and whether this was the right decision for her family. She spoke of her plans to continue her education while providing for three children. The decision of whether to terminate a pregnancy is rarely taken lightly. Women often choose to do so based on underemployment, a lack of housing or a lack of familial support.

Vicki did decide to terminate her pregnancy. As she recuperated at Barutha’s house, her 2-year-old warmed up to Barutha and delighted in seeing the hundreds of planes that fly through the Chicago skies every day. Over text messages and meals, Barutha and Vicki talked about what the future would hold.

“She seemed to be alone in life,” says Barutha. “She texted me all the way back home.” All of the hosts have training in difficult conversations and can call a volunteer emotional support helper for backup. Malone and Barutha find their guests appreciate just being near a supportive person. Too often clients are on their own, either literally or emotionally.

The Midwest Access Coalition rotates hosts to avoid burnout, knowing that it’s a big commitment to open one’s home to a stranger once a month for up to four nights. But Malone and Barutha clearly thrive on the work. Barutha speaks of the importance of bodily autonomy. Malone talks about how a racist and patriarchal medical system often makes decisions for women (and especially women of color) without consulting them. This work of making abortion a real option is one way she combats those forces.

Midwest Access Coalition’s founder, Leah Greenblum, says she “envisions a world where people can access abortion on demand regardless of race, class and geography.”

“Until that world arrives,” she says, “the Midwest Access Coalition’s work is necessary.”

Veronica Arreola is a feminist who works on diversity in science issues at the University of Illinois at Chicago. She writes on reproductive justice, pop culture and politics at Bitch Media, where she serves on the board of directors.