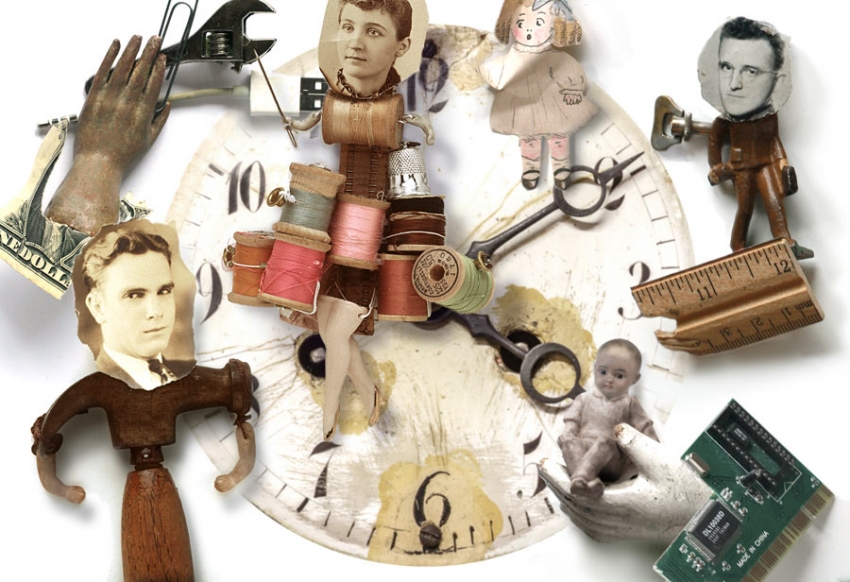 Andrea Komlosy, in Work: The Last 1,000 Years, takes on the “linguistic chameleon” of work, tracing the word’s evolving meanings and interpretations. (Illustration by Polly Becker)

A new book tells the hidden history of work—on and off the job.

The simple definition of work—tasks performed for a wage under legally binding conditions, on a regular schedule—is in fact a rare and recent formula.