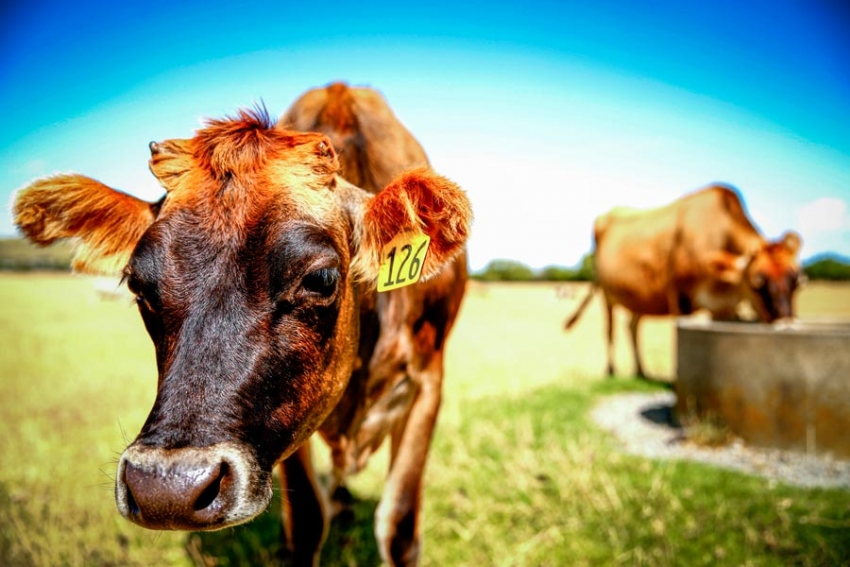 Cows must be farmed sustainably to meet the threat of climate change while maintaining our diet. (Getty Images)

We Can Fight Climate Change and Still Eat Beef

How grass-fed cattle can sequester carbon and rebuild soil.

By focusing only on greenhouse gas emissions, we ignore all other ecosystem services that arise from these practices—for example, increasing soil health and resistance to droughts and floods.

For other perspectives, read “Climate Friendly Beef is a Myth. Don't Buy It.” and “Anything Cows Can Do, Elk Can Do Better.”

Meat has received a renewed wave of scrutiny from environmentalists since the October UN climate change report. Beef is painted especially poorly in this narrative, with claims that cattle disrupt the climate, destroy ecosystems, drive deforestation and make us unhealthy all at once.

Campaigns such as “Meatless Monday” and “Eat Less Meat” advocate for individual consumption changes to reduce agriculture’s impact. But that solution is too simplistic: Not all animal agriculture is made the same. Greenhouse gas emissions from beef vary by geographic region, production system and even management practices within these systems. While some practices are harmful, others can be good for the environment, provide important nutrients and even sequester carbon in soil, helping fight climate change. “How” these animals are produced is at least as important as “how much.”

Cattle production in the United States happens primarily in two ways: on grass or on grain. All cattle start out grazing on pasture or rangeland; “grass-fed” keep grazing until sent to slaughter, but most U.S. beef cattle spend the end of their lives in feedlots, where they are fed grain to spur rapid weight gain. As you can imagine, the two systems’ environmental impacts can be very different.

Beef from grain-fed cattle is well known to be detrimental. Feedlots are some of the worst water polluters (including contaminating water from manure lagoons), and contribute to antibiotic resistance and poor air quality.

Feedlots—roughly tied with ethanol—command more U.S.-grown grain than any other use, exacerbating the negative impacts of industrial, commodity crop production, including intense soil erosion, high greenhouse gas emissions and nitrogen leaching. In many ways, the problem is the corn, not the cow.

By contrast, a growing body of research shows that grassfed beef from sustainable grazing systems can sequester substantial soil carbon (offsetting some or most of the emissions), maintain wildlife habitats, improve water filtration and produce healthy food from otherwise unusable land—most grazing land can’t be used for other crops. Because so much land is used to grow grain for cattle, moving toward grassbased systems could free up one-quarter of all arable land on Earth for producing crops directly for human consumption, for rewilding, or for other purposes. And grass-fed beef can be a critical component of healthy diets: One study from Virginia Tech and USDA scientists even suggests that, without animals, our food supply would be “incapable of supporting the U.S. population’s nutritional requirements.”

But if grass-fed systems offer so many benefits, why do some studies say otherwise? Partly, it’s because we haven’t been studying beef production holistically. By focusing only on greenhouse gas emissions, we ignore all other ecosystem services that arise from these practices—for example, increasing soil health and resistance to droughts and floods. Many studies only look at systems where cattle continuously graze the same land, which can lead to overgrazing, soil erosion and high methane emissions.

By contrast, well-managed rotational grazing systems are designed to mimic the natural migratory patterns of ruminants that evolved along with grass and rangeland ecosystems. The animals are grazed intensely and moved quickly, which prevents overgrazing, increases production, lowers emissions, sequesters more carbon and is done without any of the pesticides, fertilizers or tillage used in conventional crop production.

The historical conversion of grass and rangeland ecosystems for cropping, and displacement of native grazing animals on these lands, has destroyed topsoil and released huge amounts of carbon dioxide into the atmosphere. It doesn’t make sense not to restore the use of cattle (or other ruminants), as it can rebuild lost soil carbon, on marginal land at a very low opportunity cost.

If we’re really going to step up to the climate challenge, the U.S. government needs to separate itself from the influence of agribusiness and—among other things—roll back the commodity corn subsidies that sustain high levels of industrial meat production. Instead of telling people simply to eat less beef, it would be better to tell them not to eat grain-fed beef. Animals can play an integral role in sustainable agriculture.

For other perspectives, read “Climate Friendly Beef is a Myth. Don't Buy It.” and “Anything Cows Can Do, Elk Can Do Better.”

Paige Stanley is a doctoral researcher in environmental science, policy and management at the University of California Berkeley. Her research focuses on beef production and the transition toward sustainable and humane animal agriculture.