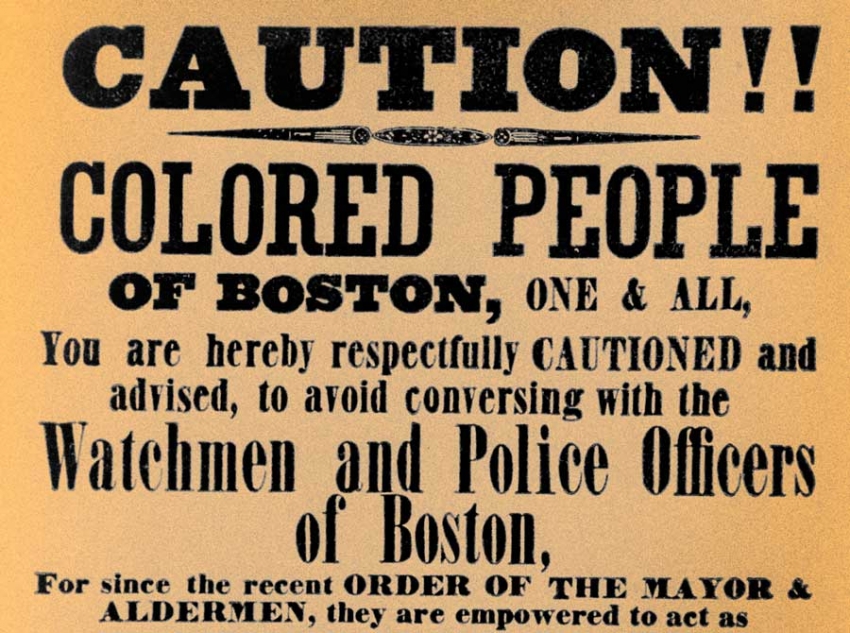 A new history of the antebellum period shows us how remaining moderate can mean letting human rights violations drag on for far too long.

The Constitution was from the start a pact with the devil, a compromise that enabled atrocity.

In our excruciatingly polarized times, there are constant plaintive calls for understanding and accommodation. Surely if we could only sufficiently feel the pain of Trump supporters, they would eventually come to their senses and repudiate him?

That yearning informs Andrew Delbanco’s The War Before the War: Fugitive Slaves and the Struggle for America's Soul From the Revolution to the Civil War, a chronological history that covers familiar ground in an unfamiliar way. The text is studded with righteous asides drawing parallels to modern-day moral horrors. Simultaneously—and peculiarly—the book suggests that those who equivocated in resisting the horror of slavery deserve our appreciative understanding.

The War Before the War offers a cautionary portrait of how accommodation can cause a great injustice to drag on for decades. Delbanco charts the many compromises the Founding Fathers made with Southern slaveholders for the sake of creating a United States—how the Constitution, which we think of as a morally enlightened guide to governance, was from the start a pact with the devil, a compromise that enabled atrocity.

Delbanco frames the Constitution as primarily a contract between slaveholding and nonslaveholding colonies. Twenty-five of the 55 delegates to the Constitutional Convention were slaveholders, some attending the convention with a whole entourage of slaves. Pressured by slaveholders to preserve their slave economy, the Founders postponed any possible ban on the slave trade for 20 years. Then they created the Three-Fifths Compromise, which meant that the slaveholding South got extra political clout and dollars, just as rural prison towns do today by including prisoners in their census count.

Finally, the Fugitive Slave Clause gave slaveholders the right to have freedom-seeking slaves returned to them. This was not trivial: John Adams, writing to his son John Quincy Adams in 1805, suggested that the South had joined the United States in order to stake its claim to escaping slaves; that, had slaveholders not “been restrained by their Negroes,” they “would reject Us from their Union within a Year.”

While some Founders, slaveholders George Washington and Thomas Jefferson among them, hoped slavery would fade away, those hopes were dashed by King Cotton, the lucrative crop that supersized the slave force and its impact on the U.S. economy. The economic value of enslaved Americans ultimately “exceeded the combined worth of all the banks, factories, and railroads in the United States.”

By the 1830s, Boston abolitionist William Lloyd Garrison had galvanized the antislavery movement with The Liberator and his founding of a national abolitionist society. As tension over the fugitive slave issue increased, Northern states legislated to protect freedom-seekers, for example barring local law enforcement from cooperating with federal slave catchers much as localities today bar compliance with ICE. As new territories were established, the South pushed for further legislation to guarantee the return of their escaping slaves: the 1850 Fugitive Slave Law made the federal government the active ally of the slaveholder and imposed a $1,000 fine on anyone who failed to assist with the freedom-seeker’s return. Abolitionism caught fire among previous moderates.

Seeking to startle us out of our abolitionist-loving preconceptions, however, Delbanco singles out the moderate foes of slavery who neither openly broke the law nor fanned partisan flames with their rhetoric. One was Charles Devens, the Boston federal marshal who in 1851 returned an escapee to slavery—then tried to salve his conscience by attempting to buy the former freedom-seeker’s freedom. Another was federal judge John Kane, in the 1850s vigorously enforcing the Fugitive Slave Law by day and by night turning a blind eye to his son operating an Underground Railroad station out of their house.

Addressing “most readers and writers today,” Delbanco says it’d be harsh to consign these “neutrals” to an “eternity in the anteroom of hell.” We should instead appreciate their alleged sacrifice and courage, and have empathy for their “inner civil war.”

But why? Where does empathy get us in the fight against atrocity? Delbanco asserts that accommodating the South was not unreasonable, given the risk that a seceding South could expand its slave empire into the Caribbean and Central America. Yet, even given that disturbing possibility, how does sitting on your butt and keeping your trap shut beget positive change? There are always reasons to do little or nothing, including the possibility that a particular action may backfire. But dithering guarantees that evil will prevail.

Delbanco pauses especially to honor ditherer William Greenleaf Eliot, a Harvard-educated Missouri minister who supported gradual emancipation. Eliot struggled to justify his reluctance to condemn slavery publicly, asking himself, in his journal, “Has it been through want of moral courage?” He reassured himself that his silence was moral, that he could have left St. Louis to return to Boston as an abolitionist and been “‘covered with glory’ & with the certainty of good settlement. But my gain would have been the only gain.” Thus he conveniently characterized the abolitionists as self-serving show-offs effecting no real change.

After the war, Eliot looked back to reflect that no one was sufficiently impartial to honestly record the “fierce struggle” of the antebellum years: “I thought I saw both sides as they really were, but, in truth I saw neither. … One thing, however, is sure: that the right prevailed at last. Thank God for that.” Where Delbanco casts Eliot as a Hamlet-like hero, I see a deluded bystander.

Delbanco’s call to empathy is a call to inaction. Today we have neo-Nazis marching in the street, police killing black men with impunity, family separation at the border, and more than 44,000 immigrants in detention. As Dorothy Day observed, “The absolutist begins a work. Others take it up and try to spread it.” We don’t need compromise—we need radicals.