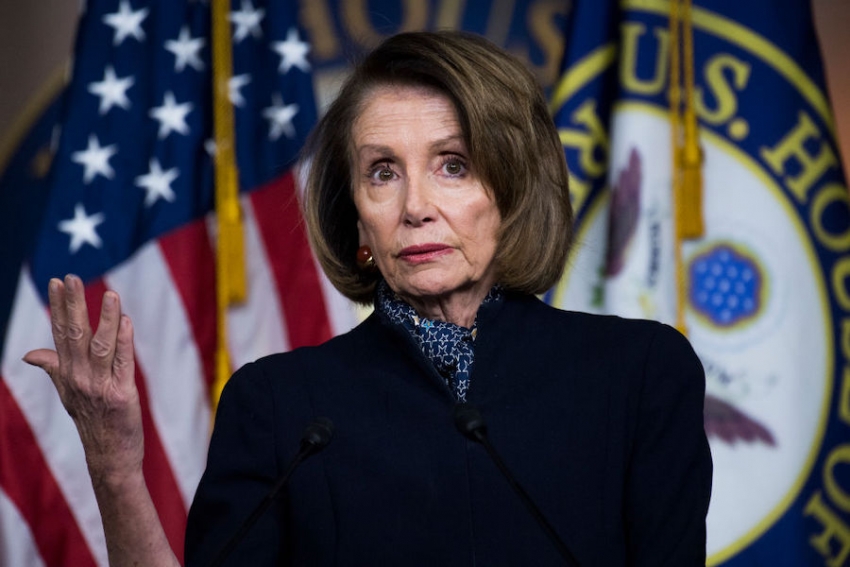 PAYGO Is Based on a Fallacy

The U.S. government can dramatically increase spending without raising taxes.

No government checks bounce. Ever.

There is nothing more crippling to a bold policy agenda than the myth that the government can run out of money. This myth is behind every But how will you pay for it? objection to proposals such as a Green New Deal and Medicare for All. New House Majority Leader Nancy Pelosi (D-Calif.) has even proposed instituting self-defeating PAYGO (pay as you go) rules, which would require all new government spending to be matched with increased revenue, wrongly prioritizing the balancing of the budget over the well-being of the public.

Dispelling this myth is at the heart of an economic approach that is rapidly gaining a global following, known as modern monetary theory (MMT). MMT stresses that, in the modern world, where government-backed currencies are no longer backed by gold or other commodities, federal governments can’t run out of financial resources. Unlike states and municipalities (which have hard constraints on spending), for the federal government, all funding shortages are artificially created. Understanding this changes everything—from the economic possibilities before us to what the public can demand from our government.

Everyone knows that only governments can issue currencies (dollars, yen, pesos). If households tried to do it, we’d be called counterfeiters. It should be obvious, then, that the sole issuer of a currency cannot possibly run out of it. But, as Sherlock Holmes once observed, “There is nothing more deceptive than an obvious fact.”

The public understanding of government spending is a classic case of cognitive dissonance. We regularly witness how the government immediately “finds the money” when the policy priority is an endless war, financial bailouts, billionaire tax cuts. And yet the public is generally convinced that, like a household, the government can go broke, if not today maybe tomorrow, if it does not raise enough tax revenue to pay its bills.

Debt limits set by Congress create the appearance that taxes and bonds finance the government. But if we “follow the money,” as MMT economists have done, we find that the federal government does not spend tax revenue (just listen to Federal Reserve officials here, here and here) and it cannot possibly default.

What this also means is that when the government runs a deficit and spends more than it takes in through taxes, it is adding dollars to the economy.

And while politicians vilify the deficits (when politically convenient), the public fails to spot that all the money spent by government—except for that which is later taxed—lives in some person or firm’s bank account or wallet. If we balanced the budget, we would also remove those funds.

Even those who understand this often resist bold government action for fear of inflation. And while MMT agrees that inflation is a relevant worry, we can avoid the inflation trap by focusing on how the government spends rather than how much. So long as money put into the economy is mobilizing unemployed resources and satisyfing unmet basic needs, government spending can be done without causing inflation—and is, in fact, desperately needed.

By highlighting the flexible and vast spending powers of the state, MMT opens new possibilities for solving our most pressing economic problems. The U.S. government debt and deficit are not among them. A clean environment, good jobs and affordable education are in short supply; green pieces of paper or digits in a bank are not.

The bottom line: How will you pay for it? is the wrong question to obsess over. The right question is the more difficult and important one about the impact of government spending on the economy. Did it generate income inequality? Did it cause inflation? Or did it help build an economy that works for all? MMT economists favor policies for shared prosperity, like a federal job guarantee, a Green New Deal, tuition-free college and Medicare for All. What are the real effects of these and other policies on the economy? Let’s have that debate.

For a response to this piece, see “The Best Way To Argue Against PAYGO.”

Pavlina R. Tcherneva is program director and associate professor of economics at Bard College and research associate at the Levy Economics Institute.