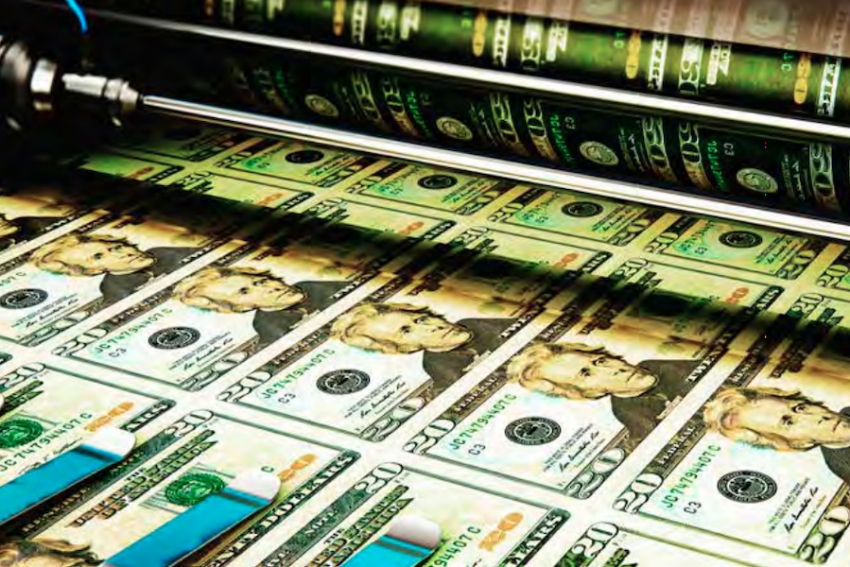 The Best Way To Argue Against PAYGO

There are limits to government spending, but we haven’t reached them yet.

Republicans want to gut social spending across the board. Their massive tax cuts and endless wars prove they don’t care about deficits.

This piece is a response to “PAYGO Is Based on a Fallacy.”

I’ve been recruited to respond to my friend Pavlina’s appeal on behalf of modern monetary theory (MMT). There is no shortage of liberal, radical and leftyer-left economists who look askance at MMT. Their basic view could be summarized by adapting an apocryphal Samuel Johnson quote: “I have found a great deal of good and original matter in them; but what was good was not original, and what was original was not good.”

The good-but-not-original refers to MMT’s roots in Keynesian economics: You don’t have to believe MMT to see the value of higher deficits when we’re not at full employment. The original-but-not-good refers to disagreement over how much deficits can increase without negative consequences.

There is more to this economic-theory debate, though we lack the space here. For now, we turn to the politics.

Pavlina asserts that an ideology of fiscal rectitude, embodied in the How will we pay for it? mantra, places impossible barriers before progressive public spending initiatives. For a number of reasons, however, this isn’t quite right.

As she observes, “The government immediately ‘finds the money’ when the policy priority is an endless war, financial bailouts, billionaire tax cuts.” Quite so. The rectitude is selective, steered by broader reactionary or centrist ideologies.

There are a bunch of ways to justify additional public spending without recourse to MMT. The most obvious is borrowing. We fail to exploit such devices not because of fiscal rectitude, but because under capitalism the ruling class blocks spending of which it does not approve.

Republicans want to gut social spending across the board. Their massive tax cuts and endless wars prove they don’t care about deficits. Their attacks on public spending are deeply racist and gendered; fiscal rectitude is not at issue. By now their hypocrisy regarding the deficit is well recognized.

With Democrats it’s more complicated. The Clinton and Obama administrations were motivated by an ideology of fiscal rectitude, combined with political risk aversion and indulgence of well-heeled donors. This view lives on, as we learn from disappointing commitments for a return to PAYGO (pay as you go), under which you can’t propose legislation to spend any money without offsetting that spending by specifying cuts in other spending or tax increases. This political millstone tends to shut down progressive fiscal activism. As noted above, MMT economists are not alone in rejecting such a posture.

The political timidity of mainstream Democratic Party big shots can be attributed in part, sad to say, to The People. They like hearing about Medicare for All and other ambitious proposals, but they are easily frightened by talk of tax increases and other PAYGO provisions. They like tax cuts, however, notwithstanding the likelihood of higher resulting deficits. What’s in question here is not fiscal rectitude, but skepticism as to the merits of an expanded public sector.

The public’s aversion to such an expansion can be overcome by mobilization, not in support of any arcane economic theory, but on behalf of the nice things more debt would make possible: Medicare for All, free college, etc. The Democratic Party establishment is reluctant to mobilize anyone, since it fears any activism beyond exhortations to vote. Get out and vote, then shut up, stay home, and keep sending us money.

We won’t have nice things until people want them enough to struggle and pay for them, whether through higher taxes or some other trade-off.

Aha! MMTers might exclaim. Paying for stuff is an illusion. Government spending is “self-financing.”

This appeal should be understood as a political gambit. There is more to the story. If the economy is running at full capacity—all productive resources (workers, machines) are fully employed—then, to get more of one thing, you do have to have less of something else.

Now, we are seldom at full capacity, or full employment. So I and all left economists join with MMT in the notion that fiscal activism—more deficit spending—can bring us closer to full employment, with invaluable results.

But at some point, increased government spending runs up against that capacity constraint. If we are already at full employment, with full utilization of all productive resources, more deficit spending can result in undesirable inflation.

The above is, in fact, MMT doctrine, but often hard to find in their popular treatments. Even Pavlina’s dominant theme is that the U.S. government can spend as much as it wants. If only!

A story that appears to emphasize unlimited public spending, besides being fallacious, will impress most people as either crankish or arcane. It isn’t accepted by a wide spectrum of left-of-center, nonMMT thinkers. Any existing progressive government that comes to power under such delusions is bound to disappoint its constituents.

By means of increased public debt, we can expand public spending. In fact, we must. At the end of the day, however, a politically evasive monetary theory should not be the basis for a progressive movement.

Max B. Sawicky is an economist and writer based in Virginia. He previously worked for 18 years at the Economic Policy Institute in Washington, D.C.