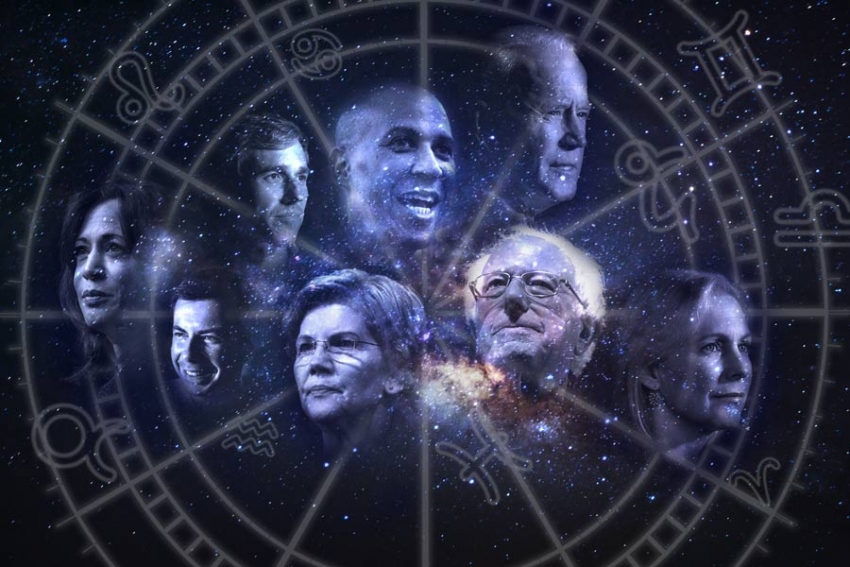 “Electability” Is Astrology for Pundits

Electability is no more a science than astrology. Indeed, it is often little more than calcified prejudice.

Fast forward eight years, and “electability” in Boston looked pretty different. In 2017, six of the 13 councilors elected were women of color, and the Council is more willing to defy the mayor and push for progressive policies. It’s possible that, come 2020, the Council will be majority female and majority people of color.

Pressley won’t be there, though. She’s now in Congress.

In 2018, when Pressley ran against 20-year incumbent Rep. Michael Capuano in Massachusetts’s 7th District, insiders didn’t think she had much of a chance. An informal poll of more than 50 local political insiders by WGBH found 81% expected a Capuano victory. Indeed, polling a month before the election showed that she was largely unknown to voters, lagging by 13 points. But Pressley won by 17.

These insiders were also proven wrong in Boston’s race for district attorney. They deemed the white, Irish, male, conservative candidate the frontrunner, citing the city’s demographics and a belief that voters wouldn’t take to criminal justice reform. Instead, Rachael Rollins, a woman of color who opposes cash bail, won big.

If you live in Boston (as I do), it’s clear how Pressley and Rollins managed their upset victories: They both had aggressive ground games. Pressley volunteers, persuaded by the passion and urgency of Pressley’s “change can’t wait” message, turned out thousands of infrequent voters. Rollins won after activist groups coalesced behind her and pounded the pavement to explain why the district attorney, an office few pay attention to, was so important.

Boston was not the only place to see the established wisdom of “electability” upended in 2018. Voters in Orange County, Calif., known as a Republican stronghold, not only elected Democrats in all seven House districts, but elected Democrats like Katie Porter and Mike Levin, who support Medicare for All and other progressive priorities. Porter and Levin defied the conventional wisdom that running to the center is the way to win swing seats, and they won because people—many organized through dozens of new grassroots organizations— were enthusiastic enough to work to get them elected.

Even candidates who lose can change what “electability” looks like. Stacey Abrams may not be Georgia’s governor (we can thank voter suppression for that), but she received more votes than any Democrat ever running statewide in Georgia, and a higher percentage of the vote (48.8%) than any Democratic gubernatorial candidate since 1998. In 2014, Georgia Democrats ran the centrist grandson of Jimmy Carter for governor; he got 44.9%. Abrams, a Black woman with a progressive platform, outperformed him by amassing thousands of volunteers to knock doors and make calls.

As we go into 2020, it is important to remember so-called electability is no more a science than astrology. Indeed, it is often little more than calcified prejudice. Candidates up and down the ballot routinely disprove the notion that only white or male or centrist candidates can win a competitive election. And they do so by inspiring everyday people to put blood, sweat and tears (and money) into their campaigns.

So, when weighing which presidential candidate to back in the Democratic primary, voters should dispense with a definition of “electability” that relies on gaming out what other voters will do. The test should be whether you are willing to work to get that candidate elected—and can inspire others to join you.

The best advice on electability I have ever heard comes not from any TV pundit or elite columnist, but from a bottle cap still sitting on my bureau: Good things come to those who hustle.

Jonathan Cohn is a Boston-based activist and editor who has volunteered on numerous electoral and ballot initiative campaigns. He chairs the Elections Committee at Progressive Massachusetts, a statewide grassroots advocacy group, and was a campaign fellow for Obama for America in 2012.