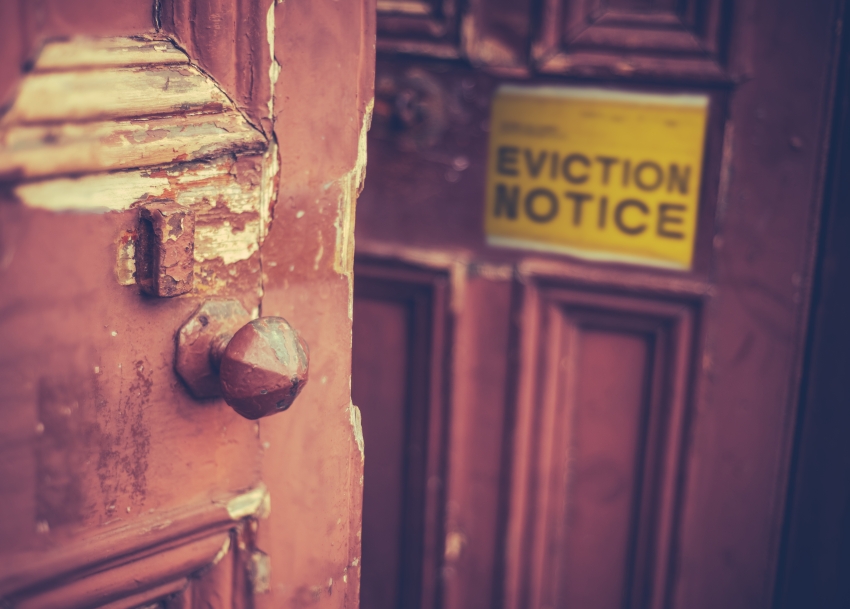 Defending Immigrants When Their Landlords Use ICE Against Them

Here’s how Illinois tenants are fighting back.

While the Trump administration has orchestrated a brutal crackdown on immigrant rights, Democratic politicians have passed laws that provide some manner of protection to undocumented immigrants. In Illinois, Governor J.B. Pritzker recently signed the Immigrant Tenant Protection Act (ITPA), which makes it illegal for landlords to retaliate against tenants on the basis of their immigration status and allows tenants to sue if landlords discriminate against them on those grounds. The law, passed in late August, went into effect immediately, making Illinois the second state after California to pass a law protecting undocumented renters.

The law states that “the immigration or citizenship status of any person is irrelevant to any issue of liability or remedy in a civil action involving a tenant’s housing rights.” If a tenant makes a complaint about their housing in good faith, the law says landlords may not use a tenant’s immigration status to evict the tenant or carry out any backlash against them. The law also allows tenants to sue landlords if they violate the ITPA.

The law is an acknowledgement of the ways that some landlords see immigrant tenants, especially those who are undocumented, as easily exploitable because of how vulnerable they are to state violence.

Many immigrants in Chicago have reported that their landlords have harassed or otherwise discriminated against them over their immigration status. Rocio Velazquez Kato is the senior immigration policy analyst for the Latino Policy Forum (LPF), one of the organizations that advocated for the Illinois ITPA, along with the Mexican American Legal Defense and Educational Fund and the Shriver Center on Poverty Law. She says that she has heard of numerous cases of discrimination against immigrant tenants in her work. Most of these incidents involve the landlord blackmailing tenants while alluding to their immigration status, or the status of their family members, according to Velazquez Kato.

“A lot of people think it's because the Trump admin has stirred things up and emboldened people in general and landlords would be susceptible to being emboldened about their dislike of immigrants,” says Velazquez Kato. “But the truth is what we've seen is this has been happening for years and years well before the Trump admin.”

In one case, Velazquez Kato says a woman called the LPF’s hotline to report that her landlord effectively threatened to call immigration agents on her family after the woman requested to add her teenage daughter to her lease. After the tenant asked to amend the lease to include her child, who was coming from the family’s home country to live in the apartment, “The landlord asked for a lot more money per month,” Velazquez Kato says. “And [the landlord] alluded to calling immigration officials, and brought up a suspicion that some of the family members may be undocumented.”

Velazquez Kato calls this behavior “blackmail,” and says that it is the “sort of harassment we've seen happen a lot.”

Velazquez Kato adds that, generally speaking, undocumented immigrants who contact the LPF because they need help with issues of housing discrimination do not want many details of the incidents shared publicly. This is because they fear that any additional attention that is brought to the fact that they are living in the U.S. without documents may bring about government reprisal, which could lead to deportation. Fear of repercussion for speaking out publicly regarding injustices is a common fear for undocumented immigrants that adds further barriers to seeking justice.

Antonio Gutiérrez, a co-founder of the Autonomous Tenants Union (ATU), an all-volunteer Chicago collective that organizes tenants largely in the Albany Park neighborhood, says that undocumented community members in the neighborhood can be more vulnerable to Immigration and Customs Enforcement (ICE) arrests in their apartments due to landlord neglect. The organizer says that there have been multiple occasions when ICE agents have gained access to buildings where undocumented immigrants live because landlords have failed to put proper locks on outside gates or front doors.

This is a serious concern in Albany Park, which is home to one of the largest populations of undocumented immigrants in the city and has historically been the site of apartment raids. For example, between late 2013 and early 2014, ICE agents raided one Albany Park building “at least four times,” according to a 2014 press release from Organized Communities Against Deportations (OCAD), an anti-deportation organization in Chicago. Once inside on one occasion, the agents approached a number of apartments, leading to the detention of one man from Guatemala, a father named Anibal Fuentes Aguilar. Gutiérrez, who is also a member of OCAD, says that neither the doors nor the outer gate for the apartment complex where Aguilar lived at the time actually locked. Neither the name of the landlord or building manager for the apartment complex nor the specific address of the complex were never made public, and OCAD could not share that information­.

Scenarios such as this one are potentially easier for ICE agents to accomplish if main entrances to apartment buildings lack adequate locks because they can gain access to the buildings without being let in by residents.

As such, main entrance locks are a practical issue that the ATU is organizing around. Gutiérrez says that the ATU is currently working with immigrant tenants in an Albany Park building where there have been major security breaches, including robberies due to inadequate locks, According to Gutiérrez, the landlord has been unresponsive to the tenants’ requests for security improvements, likely because the tenants are immigrants.

The tenant’s burden to fight discrimination

The ATU welcomed the news of the ITPA’s passage in Illinois. But Gutiérrez says that while the ITPA allows undocumented tenants to take action against discriminatory landlords, the burden of correcting the discrimination still falls entirely on the tenants.

“If you’re undocumented and low-income, how are you going to get the money to sue your landlord?” Gutiérrez says. “We need to have a dialogue around how [these policies] get implemented and how tenants can make those grievances.”

The fact that many undocumented people do not want to call any additional attention to themselves for fear of being detained and deported could be a barrier to pursuing legal action against a landlord under the ITPA. Velazquez Kato says that, hopefully, the ITPA will act as a deterrent that discourages landlords from discriminating against undocumented renters in the first place.

In terms of further policy, ATU organizers advocate for a “just cause” law for the city of Chicago. Presently, Chicago landlords are legally permitted to evict tenants for any reason—or no reason at all. This presents obvious issues for many tenants, and for immigrant tenants, it means they would only be able to demonstrate the type of discrimination that would be suable under the ITPA if the landlord is explicit about their bias. Under a just cause law, landlords would be required to prove that their tenants are in violation of their lease agreement in order to evict them.

While the ATU works with tenants to build and leverage their collective power, some progressive local politicians are working on policies that would make undocumented tenants safer in their homes.

Democratic Socialist alderman for the 35th Ward, Carlos Ramirez-Rosa, says that undocumented community members in his ward have reported discrimination on the part of landlords. In particular, Ramirez-Rosa tells In These Times that he’s heard from undocumented immigrants that potential landlords have requested a social security number on apartment applications, and some have said that landlords have refused to rent apartments to them on the basis of their immigration status.

To help remedy issues of safety in apartment buildings where immigrants live, Ramirez-Rosa says that he wants to pass an ordinance that would require landlords to install self-locking doors at the entrances to apartment buildings. He further says that his office wants to “build a deep working relationship with members of the undocumented community” so that undocumented immigrants in the ward feel safe coming to his office for help regarding housing discrimination.