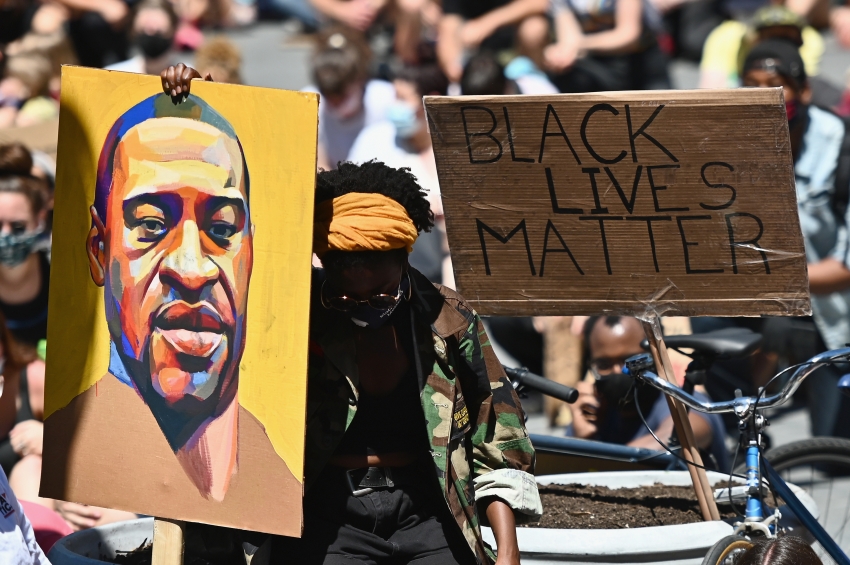 Following the murder of George Floyd, Minneapolis is moving to dismantle its police department. (Photo by ANGELA WEISS/AFP via Getty Images)

“We Actually Cannot Reform This Department”: A Minneapolis Councilor on the Need to Disband Police

In an interview, Minneapolis Council Member Steve Fletcher explains why his city is moving to dismantle its police department—and what lessons other cities can take.

On June 7, a veto-proof majority of Minneapolis City Council members announced that they intend to disband the city’s police department in response to the murder of George Floyd by officer Derek Chauvin. The announcement follows the recent decision by the city’s public schools system to end ties with the Minneapolis Police Department. This idea of dismantling the police certainly didn’t come out of a thin air, it’s a move that local activists have been pushing for years.

Steve Fletcher is a Council Member for Minneapolis’s Ward 3. Amid the nationwide uprisings over Floyd’s killing last week, Fletcher posted a long Twitter thread detailing the need for such action. “The whole world is watching, and we can declare policing as we know it a thing of the past, and create a compassionate, non-violent future,” he tweeted, “It will be hard. But so is managing a dysfunctional relationship with an unaccountable armed force in our city. Let’s show the world what Minneapolis is made of.”

As protests continue to engulf America’s streets, with demonstrators making demands to defund and abolish police departments, cities across the country are starting to begin a discussion over the future of policing.

In These Times spoke with Fletcher about the fight in Minneapolis and the steps ahead.

Every Minneapolis city council member has expressed the need for deep, structural change. Disbanding the department obviously might take some time. What do the next steps look like?

I have become pretty convinced, as have many of my colleagues, that we need a fresh start. We actually cannot reform this department. It’s going to need to be a completely different thing. The next steps are to figure out what happens if we were to disband the Minneapolis Police Department. Who would respond to 9-1-1 calls? How can we guarantee the interim safety of our residents while we figure out what the future of public safety looks like? That’s the process we are going through right now, really figuring out what the steps are.

Community-led efforts and black-led community organizations have been driving this narrative for years. They’ve asked us to defund this police department and envision a future beyond it. They have already laid a lot of the groundwork for the bigger, more aspirational future vision. A lot of that groundwork is what’s allowing us to respond to this moment in a unified, thoughtful, intentional way. A lot of credit goes to our community organizers on the ground for paving the way and for helping us all imagine that future in advance.

We are dealing with the technical challenges of ensuring that core services are [still being provided] and that we have a response when someone is in an urgent situation. That’s the process we are going through right now.

You wrote a piece for Time where you talked about how your first two years as a council member reinforced your existing belief that policing in your community had to change.  Can you explain what those events were?

A lot of this stuff is not even visible to the public because we get legal advice in closed sessions and I can’t talk about what we do in those closed sessions. But, what’s public is that we usually come out of those sessions approving financial settlements for excessive force claims, so it’s not a secret what kind of things we are getting briefed on. It’s horrible, some of the things that we are seeing in those sessions are really unforgivable. So, that’s part of my experience being a council member.

We’ve attempted some reforms that we saw resisted at every turn, even very small ones. The Mayor [Jacob Frey] tried to pass a reform that would have prohibited officers from taking this “Warrior Training”, which is just watching a video. It was probably going to be difficult to enforce even if it passed, so it seemed in many ways to just be a symbolic gesture. The amount of public fight about that was remarkable and the pushback was swift and severe.

We had a pretty significant scandal where our officers were caught on body camera footage  encouraging EMTs to sedate people they were arresting with ketamine against their will. That led to some fairly significant reforms, but only because something that awful had occurred.

However, it doesn’t feel like we could write enough reactive policy to explicitly ban all the things that this department does. At some fundamental level, we need people to be making judgements based on a belief in the value of the lives of our residents, and based in a belief in some core city values that it seems like they don’t share. We shouldn’t have to regulate some of these things because they’re just core values that are missing.

You tried to implement some very basic reforms and they were resisted quite aggressively. Can you describe that resistance and where it came from?

It looks different in different situations. Sometimes it’s just a failure to enforce. Here’s a mundane example: we have officers who refused to enforce any [policies] connected to bike lanes because they think they’re stupid. Our elected city government and our traffic engineers collaborated on a way that our streets can operate safely, and then our enforcement arm just doesn’t do it. There’s never even any pushback, they just don’t do it. I had a constituent get hit by a car while in the bike lane right in front of an officer who declined to take any action. So, that’s one kind of resistance.

In the case of “Warrior Training”, that was [the local police union] Police Officers Federation president Bob Kroll directly pushing back. So in some cases, we see the Federation being the source of resistance in very important ways. They backstop the noncompliance and failure to enforce because they’re the ones who will challenge disciplinary actions. So, if the Police Chief tried to discipline the officer in that bicycle accident for not doing his job, the federation would be vigorously defending that officer’s right to not enforce our laws.

It feels like something is changing in our country. I’m seeing a lot more people talk about a response to the police that goes beyond mere reform. Trump has kind of positioned himself as an important part of the current story, but it also seems like more and more people are beginning to understand that policing is largely a local issue. As someone who was drawn to public service, what you would say to individuals who are looking for ways that they can change things?

I love that question. The first thing is to speak out. Tell the stories about the ways policing isn’t working in your community. One of the challenges is that a lot of people have wanted to believe in policing. We know that terrible things happen. We know that murder and rape and burglary are things that happen in our society, and we need to have a response to it. A lot of people want to say, “Ok, we’ve checked that box. We have these problems and we have a response. We have the police, so I don’t have to think about it anymore.”

However, the truth is that we don’t have a great response to all those things. Anyone who says that we have a great response to rape has not talked to a sexual assault victim about how they were treated, if they got justice, and what the actual response was to those crimes. So, I think it’s very important that we start from a place where we are talking about these stories, whether large or small.

We see the George Floyd video and everyone obviously recoils in horror, but we also need to talk about things that might feel insignificant right now: The times we’ve called the police and they just weren’t helpful. The times that we didn’t feel safe and weren’t served well by the current system.

The conversation is really hard if we just pretend that we had a great system and we’re dismantling a system that was working and now we have to create something perfect to replace it. The truth is, that’s not where we are starting from. We are starting from a badly broken system that underserves many, many people and harms many, many people. It is actually not radical at all to think we can create something better than that.