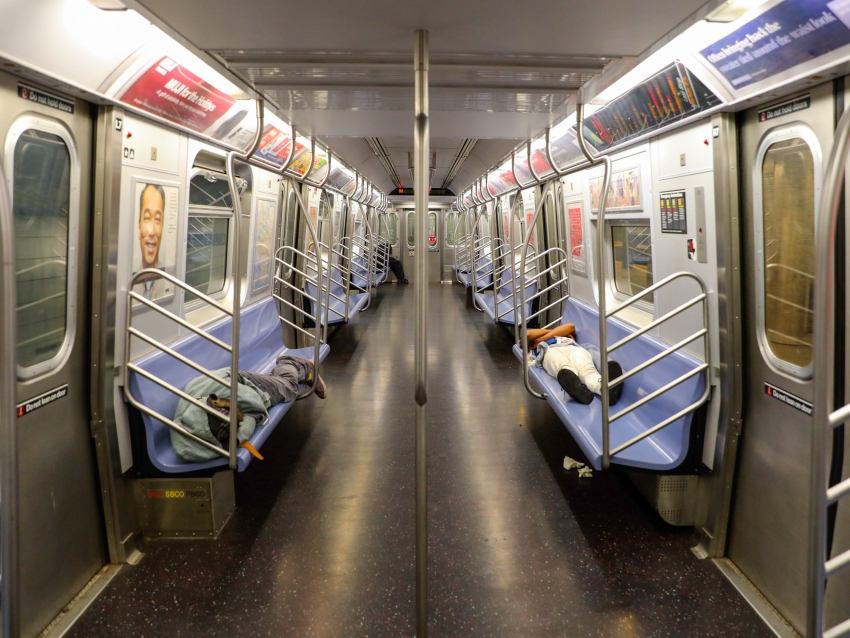 The Trump administration has decided to respond to the Covid-19 crisis by doing nothing for working people. (Photo by Jose Perez/Bauer-Griffin/GC Images)

Unemployment, evictions, business failure, a pandemic and health crises are all here at once. The federal government doesn’t care.

Millions of people are about to experience the falling dominoes of economic disaster that will engulf their lives, destroy their wealth, and leave them with nothing.

Consider the astounding confluence of social and economic crises that are all barreling towards the American people at this moment.

In the midst of an enormous, unavoidable increase in national unemployment, the $600 per week unemployment benefit increase that has sustained millions is set to run out at the end of this month, and is unlikely to be renewed at its current level, if at all. Eviction moratoriums are expiring, and more than 20 million Americans could be in danger of eviction in the next four months. Many small businesses, their resources exhausted, are closing for good, and bankruptcies of large businesses are accelerating. Millions have already lost their employer-based health insurance, and millions more will. At the same time that schools will be unable to reopen safely, a huge portion of private child care facilities are going out of business. And city and state governments will face plummeting tax revenue at the same time as they face a need for increased crisis spending, leaving the future of mass transit and other public services in doubt.

This is the nightmarish future that we are all walking towards. And it is, I’m afraid to say, coming very soon.

This was a choice. None of this had to happen. There is one, and only one, entity that has the capability of preventing this horrific chain reaction of social collapse: the federal government. With the stroke of a pen, the federal government can appropriate money to everyone to tide them through their unemployment. It can stop evictions everywhere. It can expand health insurance, stop businesses from going bankrupt, bail out city and state governments so they are not forced to cut services, and take the public health steps necessary to push infection rates low enough to make it possible to reopen schools, and free parents to work for a living.

All of these things are possible for the federal government. They have chosen not to do any of them. (Democrats passed the HEROES Act through the House in May which would provide some meaningful relief, but Senate Republicans have refused to take it up.) Therefore, millions of people are about to experience the falling dominoes of economic disaster that will engulf their lives, destroy their wealth, and leave them with nothing. It is impossible to avoid that outcome now. The only question is how bad it will get. And it is important to understand that this outcome has been chosen for us by the people who are running the country.

Hope is an important emotion, and one that’s necessary to carry us through hard times. But it can stand in the way of our ability to analyze situations truthfully.

Let’s be honest about our prospects right now. Does anyone really believe that restaurants, bars, sports, all forms of live entertainment, many retail establishments, airlines, hotels, travel, tourism, or commercial real estate—to name a few—are going to resume their baseline level of business operations at any time in the next 6-12 months? They will not. The states that tried that a month ago are now facing the worst coronavirus outbreaks in the entire world. A portion of the jobs in these industries, and in the associated industries that depend on them, are going to evaporate. Fifty million unemployment claims have been filed. Forty percent of people earning less than $40,000 lost their jobs in March. Some millions of people are, as we speak, seeing their jobs disappear for good.

Despite the fact that this was entirely predictable months ago, there has not been any serious attempt to prevent it from happening. (A serious attempt, as many intelligent people pointed out in March, would mean the federal government giving citizens enough money not to work and businesses enough money not to go bankrupt for the amount of time that it took to take the public health steps necessary to resume a careful version of normal life. Many other developed countries did this, but we did not.)

Not only have we failed to prevent this first-order economic crisis, but we are also failing to even enable the existence of a social safety net to catch the people who are going to fall into the pit of economic despair. Our leaders just do not care. They know that people have lost jobs, and will not be able to find new ones, and will not be able to pay their rent. But the people occupying positions of power in the federal government do not care enough to take the steps to save those citizens from the abyss. These facts do not move them.

Nobody can be blamed for the existence of a pandemic. The federal government can very much be blamed for what it has done in response to the pandemic. And blame it we must. We must blame, specifically, the Republican Party, which controls the White House and the Senate. If you are not in the class of citizens wealthy enough to be Republican donors, you have seen a response to this natural disaster that has been geared entirely towards the interests of people who are not you. The handful of good and useful measures that were put in place at the beginning of the outbreak are now running out, and they will be replaced, if at all, with lesser and worse measures, even as the scale of our calamity grows. The stock market, however, has now recovered almost all of its losses.

The plan has always been to save capital and let the people die. Everything is going according to plan.