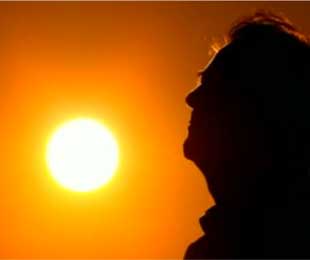 In The Root of All Evil, biologist Richard Dawkins reveals his own lust for certainty

Religion fucking blows!” declares comedian Roseanne Barr in her latest HBO special. Her pronouncement, both in its declarative certainty and self-congratulatory defiance, could easily serve as the succinct moral of Richard Dawkins’ documentary, The Root of All Evil.

The big-screen version of a two-part British television series follows the noted biologist as he embarks on a global road-trip to the veritable bastions of theological conviction–the Al-Aqsa Mosque in Jerusalem, a Christian conservative stronghold in Colorado Springs, a Hassidic community in the heart of London–bullying, berating and heckling the devoutly faithful he encounters along his way.

Confronting cancer patients who have traveled to Lourdes in hopes of a cure, Dawkins tells the viewer in the first scene, “It may seem tough to question the beliefs of these poor, desperate people’s faith.” By the end of the documentary, Dawkins’ bravado is not in doubt. When talking to Ted Haggard, a New Life Church pastor (more recently infamous for his predilection for crystal meth and gay prostitutes), after witnessing one of his sermons, Dawkins tells him, “I was almost reminded of the Nuremberg rallies … Dr. Goebbels would have been proud.” To a hapless guide at the Church of the Holy Sepulcher in Jerusalem, he taunts, “Do you really believe that Jesus’ body lay here?” And then there’s his remark–“I’m really worried for the well-being of your children”–to a Hassidic school teacher, Rabbi Herschel Gluck, whom Dawkins accuses of brainwashing innocent kids.

As he storms his way around the world in the state of high dudgeon, Dawkins’ attitude can be best described as apocalyptic outrage. The effect is in turns bewildering, embarrassing, grating and even unintentionally comic, as we watch the distinguished Oxford University Charles Simonyi Professor of the Public Understanding of Science channel his inner Borat. When the astonished rabbi exclaims, “You are a fundamentalist believer,” even a sympathetic, true-blue San Francisco audience cannot help but chuckle in assent.

As his rabbinical nemesis rightly suspects, Dawkins’ fondness for sweeping generalizations reflects his own deep-seated fundamentalism, a virulent form of atheism that mirrors the polarized worldview of the religious extremists it claims to oppose. “They condemn not just belief in God, but respect for belief in God. Religion is not just wrong; it’s evil,” writes Gary Wolf in his Wired Magazine cover story, “The New Atheism,” whose leading exponents include–in addition to Dawkins–Daniel Dennett, a philosophy professor at Yale, punk rocker Greg Graffin and Sam Harris, author of The End of Faith: Religion, Terror, and the Future of Reason. These are the self-styled “Brights,” the moniker of choice for Dawkins to describe “a person whose worldview is free of supernatural and mystical elements.”

The “bright” worldview is also remarkably free of complexity. Dawkins’ view of faith can be summed up thus: Religion is dangerous because it requires that we suspend our powers of reason to place our faith in the shared delusion that is God. This, he asserts, is the first step on that “slippery slope” to hatred and violence.

When we cede our “critical faculties” to believe in the idea of a higher power, Dawkins claims, we are immediately invested in a panoply of increasingly ludicrous propositions: that the Virgin Mary ascended directly to heaven, Moses parted the seas, God created the world in seven days, or beautiful virgins await good Muslims in heaven. Why not, he asks, believe in fairies or hobgoblins?

Faith, in his universe, is interchangeable with superstition, eccentricity, madness, and, at its most benign, infantilism. Religious conviction is a marker of human backwardness, both in a historical and psychological sense. According to Dawkins, human beings invented religion as a “crutch” for ignorance. Without science to help us understand the world around us, we turned to gods/faith/superstition to cope with our sense of helplessness. Today, religion remains a source of succor to those unable to outgrow their childish desire to see the world in terms of “black and white, as a battle between good and evil”–unlike atheists who are “responsible adults and accept that life is complex.”

“We’re brought from cradle to believe that there is something good about faith,” says Dawkins, as he compares this belief to “a virus that infects the young, for generation after generation.” Fortunate are the “responsible adults” who grow up to shake off these beliefs, unlike the rest of humanity who remain trapped in their infantile desire to be taken care of by an all-powerful deity.

Unlike fairytales, however, our religious beliefs are not harmless, says Dawkins, they instead lay the foundation for the murder and mayhem inevitably wreaked by true believers. His evidence: the Inquisition, the Holocaust, the Crusades, the 9/11 attacks, and less spectacular crimes against humanity like suicide bombers, anti-abortion killers, and so on.

This broad-stroked caricature of faith is delivered with a breathtaking disregard for historical context, in which social, political or economic conditions are simply ignored or discounted. “[Dawkins] has a simple-as-that, plain-as-day approach to the grandest questions, unencumbered by doubt, consistency, or countervailing information,” writes Marilynne Robinson in the November Harpers’, while reviewing his bestselling book, The God Delusion. And on screen he is no different. Of course, there are sound political causes for the Palestinian conflict, Dawkins hurriedly acknowledges–only to assert in the same breath that the real culprit is religion, which teaches its adherents to think, “I’m right and you’re wrong.”

Not unlike the religious simpletons he claims to disdain, Dawkins sees the world in terms of a battle of Good vs. Evil, cloaked here as Science vs. Religion. Where Religion is corrupt, tyrannical and false, Science offers intellectual integrity, freedom and truth. As Robinson notes, Dawkins fails to acknowledge Science’s less admirable achievements, be they eugenics, Hiroshima, or the more mundane travesties committed by unethical doctors or fat-cat researchers in service of corporate funding.

“Dawkins implicitly defines science as a clear-eyed quest for truth, chaste as an algorithm, while religion is atavistic, mad, and mired in crime,” Robinson writes.

In this version of atheist theology, Science attains the same status as Dawkins’ loathed “alpha male in sky,” whose laws rule all things known and unknown. If we do not quite understand how the universe was created or the human brain works–or the competing, contradictory claims about the virtues of, say, table salt–all we need to do is wait and keep faith in the scientific method, which will reveal all in good time. The ways of Science are no less sacred or mysterious than that of God.

Like his fellow fundamentalists, Dawkins has no use for moderation or its practitioners. The people of faith featured in his documentary are strict, true believers, who adhere to the most rigid interpretations of their respective faiths. There are no Muslim doctors, church-going geneticists or Catholics who support abortion rights. Anyone who believes in evolution and God is just as deluded or in denial, and, as he tells Wired, “really on the side of the fundamentalists.”

Nothing less than a complete renunciation of all things spiritual will suffice. “As long as we accept the principle that religious faith must be respected simply because it is religious faith, it is hard to withhold respect from the faith of Osama bin Laden and the suicide bombers,” he writes in The God Delusion, in an eerie echo of President Bush’s post-9/11 point of view: “You’re either with us or against us.”

It would be silly to argue that the new atheists’ crusade is as dangerous as the so-called war on terror, but that crusade does give aid and comfort to fundamentalists everywhere by affirming their view of faith: one, science and religion are mutually opposed and exclusive worldviews; two, religion is immutable and outside history; and therefore, three, the Bible (or the Quran, for that matter) must be taken literally, and is not open to interpretation. For both camps, ignoring one law or moderating a single injunction is the first step toward rejecting the faith in its entirety.

This great war of ontologies, seductive though it may be in our beleaguered times, becomes immediately absurd if we remind ourselves of one simple fact: Science and Religion are historical in the richest sense of the word. They both inform and reflect our changing ideas about ourselves and the world around us. From the practice of throwing a woman on her husband’s funeral pyre in India to determining intelligence by the shape of person’s skull in Europe–both of which seem hateful today–religious and scientific beliefs ebb, rise and transmute themselves over time. To pretend otherwise is to ignore the vast bulk of what we call History, which the Brights seem just as willing to rewrite as their theological adversaries.

As innately human endeavors, religion and science are therefore as unreasonable, noble, immoral, kind, tyrannical, odious, compassionate–in other words, irredeemably human–as the people who literally embody them. Yes, the laws of nature and those of God might still exist without human beings, but there would be no one to name or know them as such, or act on that knowledge. Taken together, they express our need to both submit and to control, to know and to believe, to be in the visible world and to transcend it.

That the vast majority of us would find it difficult to choose between the two should be hardly surprising. The antidote to fanaticism is not a new puritanism of reason, but the contradictory, ambiguous, compromised reality of ordinary human experience.