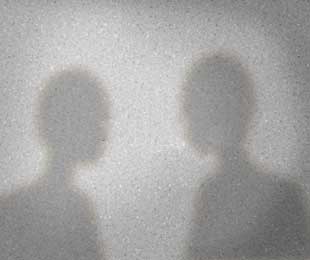 To keep out organized labor, you need the union-busting law firm Jackson Lewis

If you thought the union movement was in decline–Think Again!” So read an online ad for a recent seminar in Las Vegas that promised to help me remain union-free. Actually, I had thought the union movement was in decline, but I’m an open-minded sort, so I was willing to be persuaded otherwise. I paid my $1,595 and signed up. Organized by seminar-specialty firm Executive Enterprises, it would be led by attorneys from Jackson Lewis, one of the leading law firms in the field of union-busting, which has become a multibillion-dollar industry encompassing more than 2,500 lawyers and consultants offering their services. The classes would take place in the Las Vegas Westin Casuarina, which promises its guests “a sanctuary in the midst of bustling excitement” as well as craps, blackjack and three-card poker. I booked a room.

I knew I was taking a chance. Most outsiders don’t know what happens in these seminars, because the firms that specialize in them have their feelers out for spies. Union organizers and curious journalists are especially unwelcome. As much as I enjoy Las Vegas in its own right, a night of Carrot Top would not make up for being expelled from union-busting class. I therefore checked in as Arthur S. Levine, the (real) vice-president of my family’s real estate company, which owns one small building. This seemed to satisfy the people at the check-in table, who were careful not to say why we all were there. I was glad I found it at all: The seminar was kept so hush-hush that the name Jackson Lewis didn’t appear on the sign outside the door.

Inside the seminar room, I picked a spot behind several rows of tables and chairs facing the lectern at the front. Things got off to a delayed start, however. Apparently, one of the registrants waiting to get in merited a closer background check. A grim, ferret-faced man paced outside the seminar room, fielding calls on his cell phone. He wore a pink shirt and pink silk tie. Hovering close by was a younger colleague, a burly fellow with a well-tailored dark suit and a Fu Manchu mustache. After consulting quickly with each another, the two men reached a verdict. The younger guy strode over to an unoccupied seat in our classroom and, with evident pleasure, picked up a place card. “Richard,” he announced, “is no longer with us,” ostentatiously ripping Richard’s place card in two.

As it turned out, the two men who had purged Richard would be our seminar leaders. The older man in pink was Michael J. Lotito, a 30-year veteran of anti-union legal wars. The younger was Michael Stief, III, a protégé and fast learner. I soon saw they knew their turf well. “We’re not moralists,” explained Lotito. “We’re lawyers.”

Once the seminar got underway, I learned that all of us were doing the right thing in resisting unions. “We believe that the union is irrelevant for the 21st century,” declared Lotito. Unfortunately, “unions have new weapons.” To make his point, he waved a clipping from the New York Times describing some recent public relations woes of Wal-Mart. “The risk for some organizations is not that you’re going to be organized from within,” he advised us. “It’s that you’re going to be organized from without.”

My fellow students, of whom there were about 20, came from various parts of the country. We got to know one another a little when Lotito invited us to share our reasons for taking the course. It became like a support group. “We want to go to union-free, but we’ve got a bullseye on our back,” explained Martin, a tough-looking distribution supervisor for a food services company. “It’s a big threat.”

Donna, a human resources manager for a discount chain store with a gung-ho manner, was more upbeat. “I’ve never dealt with unions, and I’m dedicated to making sure that we keep them out of our distribution center,” she vowed. “It’s my mission!”

Soon, it was my turn. “Hi I’m Art Levine,” I ventured. “We own some rental property in Queens and I’m concerned about organizing among our employees.” This was flat enough to pass muster.

One of the first things I learned from Lotito and Stief was to try to come across as respectful of labor’s concerns. “The goal is not to be union- free,” explained Stief. “It’s to be issue-free.” We were advised to institute an open-door policy with employees, encouraging them to air any grievances or concerns fully. Not only would this keep them happy, it would help us to sniff out whether there was unionization afoot.

Lotito informed us that his father had been a New York dockworker. “Back then, in 1935, [unions] made perfect sense,” Lotito said. “Did they have legitimate issues about how they were treated in the workplace? Yes! There was no safety, no security, no benefits.” But they, he explained, were a lot different from today’s whiners. “We didn’t have employees say: It’s my God-given right to have health insurance.”

Lotito reserved particular disdain for executives who don’t fight back, laying into a Kaiser Permanente exec who had apparently told the press that the HMO would remain “neutral” while the SEIU organized workers. In a mincing voice, Lotito parodied the Kaiser executive: “It is part of our strategic objective to work with SEIU.”

“Give me a frickin’ break!” he shouted. “Unions think money grows on trees!”

By most measures, unions aren’t in very good shape. Only eight percent of private-sector workers today are unionized, compared to nearly 30 percent in the ’50s. Enforcement of labor laws, already weak, has become almost nonexistent under the current White House’s National Labor Relations Board (NLRB). And the pro-union Employee Free Choice Act can’t get past a filibuster in the Senate.

But Lotito repeatedly cautioned us against complacency. “They’ll attempt to destroy you no matter how good you are,” he warned. “The better you are, the bigger target you are.” And he reminded us, indirectly, why we would probably need Jackson Lewis to help us out. “It’s going to cost you some money to remain union-free, sometimes big money.” But it was money well spent–especially, he noted, if Hillary Clinton should become president. The name seemed to send a chill through the room. “We’re lucky to have a George Bush labor board,” Lotito said.

If Jackson Lewis wished to emphasize any peril above all, it was that of Andy Stern, president of the 1.8-million-member Service Employees International Union (SEIU), the largest and fastest-growing union in the country. In a CNBC interview screened for the class, Stern told an interviewer, “I think we need to find ways to add value to employers and not make them uncompetitive.” Stern also pointed out that union workers make an average of $9,000 more per year and are twice as likely as non-union workers to have health insurance.

When the lights went back up, Stief shook his head. “Very impressive,” he said. “Would your people find him inspiring? Yes, they would.”

So how should we managers face down the threat? Lotito, slackening his jaw and assaying a blue-collar brogue, turned to Ken, a mild-mannered human resources executive for a printing company, and asked, “Boss, do we have a position on unions?”

Ken shifted in his seat and ventured an answer: “We don’t like ‘em.”

“I was listening to this Andy Stern guy,” Lotito continued, “and he says he wants to add value to our organization and find new ways to cooperate.” His tone turned mock-tearful: “He says our future is taking care of our children.” Several classmates laughed.

Ken was at a loss, so Lotito suggested a positive “mission statement.” In a rote manner, he recited examples: “We provide dignity and respect for our employees as part of our core values.” And so forth. The executives eagerly wrote them down.

Frightening us with stories of unionization was only one component of the program. A second was an overview of the many dos and don’ts of union-busting. Should we need more detailed legal advice, Jackson Lewis, of course, stood at the ready.