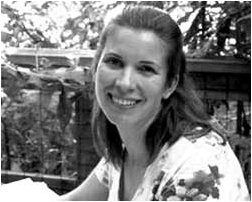 BY Brett Schaeffer
Share TweetReddit0 EmailPrint
Lisa Gautier’s environmentalist career didn’t begin with a treetop hunger strike or a bracing voyage on a Greenpeace boat. It began with an old rug.

“I bought a new rug and I didn’t know what to do with the old one,” says the 36-year-old San Franciscan. So Gautier called a nearby school and asked the principal if the school might need a rug. It did. When she dropped it off, the principal presented her with a laundry list of other needs. Suddenly, Gautier had a calling. And soon after she had a nonprofit, Matter of Trust, co-founded with her husband, Patrice.

Launched in 1998, Matter of Trust does everything from organizing surplus programs—using hair salon clippings to soak up oil spills, for instance—to publishing books like It’s Easy Being Green: The User-Friendly Eco Handbook.

In addition, Gautier and her tech-savvy husband built a database that connects businesses and schools looking for furniture, office equipment, and, of course, rugs, with other businesses, schools and government agencies looking to dispose of those goods.

The online listing is called ExcessAccess, and it’s dedicated to keeping “stuff out of landfills and putting it in the hands of people who need it,” Gautier says.

Other than your incident with the rug, what made you decide to start this company?

When we began we really wanted to highlight both society’s surplus concerns and nature’s abundance solutions—sort of working towards a common ground from both ends.

We started ExcessAccess and Matter of Trust at the same time, and both were really rooted in the concept of plenty. I think it’s fair to say that the U.S. knows it has entitlement issues with regard to abundance. The world is both awed and disgusted by the way the U.S. has created this phenomenon of simultaneous excess and need. And now, as the malls spread internationally, it follows that more people will grow accustomed to conveniences and goods. The key is how to unite everyone’s environment and desires.

As a mom, I’m in love with disposable diapers. I’m very dependent on my car. I’m always packing lunch boxes. In order to be consistently green, I needed an ecology-for-dummies program.

Recycled oils, restaurant fryer grease, even hospital liposuction fat can be used to run diesel engines. … Fifty percent of Oakland restaurants are reportedly flushing their grease down the drain and, like fat deposits in arteries, the city plumbing is heading for a heart attack.

So we coordinated with a school bus company called Michael’s Transportation Inc.—and with the Oakland school district, bio-diesel manufacturers, diesel distributors, and the purchase brokers on both sides—until finally, all of the school buses in [Michael’s] fleet could start with a 5 percent blend of restaurant-grease bio-diesel.

The buses smelled a little like french fries and the bio-diesel, which also works like a solvent, cleaned the engines of the entire fleet. Now we’re collaborating with Berkeley’s Ecology Center on a multi-user commitment for a 1 million-gallon bio-diesel buy-in for the San Francisco Bay Area.

Your company also has aided the relief effort in Afghanistan. How did that happen?

Each new donation and wish posting is reviewed by us. Then, as we have hundreds of matches every day, everything is done automatically by our online database. But this one particular group had come to my personal attention because they were picking up an item from Joan Baez. I’m a fan, so I was watching to see that everything went smoothly.

What current re-use or conservation policies would you like to see changed?

All you have to do is sit in the direct sun for half an hour to be convinced that we are not fully tapping into the solar panel industry. The hemp fiber market will undoubtedly return as a major market once everyone comprehends that it isn’t the controversial cannabis indicais, but cannabis sativa, and anyone who is silly enough to roll and smoke it will be sadly disappointed. … Sunflowers for bio-diesel is another example of a U.S.-native polycrop that is under-appreciated, and organic farms need a strong voice in the Capitol, for all our sakes and palates. I’m not a fan of the concept of lobbyists, but sometimes Washington [politicians] won’t get beat until you join them. The soybean lobbyists are an interesting example of how powerful this method is. … The advantage to including lobbyists in a big-picture ecological shift is that it’s one way to put the U.S. on a faster track to wiser practices.