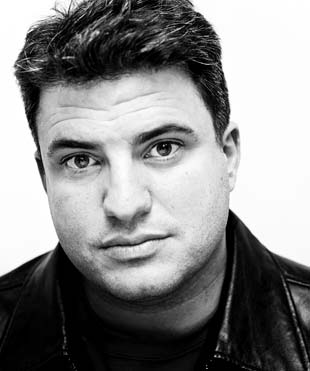 A People’s Historian of Sports

'That's the interesting thing about sports, that throughout its history, it's been this slow dance between commerce and self-expression.'

It’s easy to see sports today as nothing more than an escapist distraction, an uncomfortable marriage of commercialism and entertainment. But progressive journalist and rabid sports fan Dave Zirin has a different take. Sports, he shows us, can be, and always have been a stage of social conflict, too.

Zirin “tackles” the notion shared by many left-wingers like author Noam Chomsky, who once observed that “sports keeps people from worrying about things that matter to their lives that they might have some idea of doing something about.”

But Chomsky, Zirin counters, fails to understand “how the very passion we invest in sports can transform it from a kind of mindless escape into a site of resistance. Sports can become an arena where the ideas of our society are not just presented but also challenged. Just as sports can reflect the dominant ideas of our society,” Zirin contends, “they can also reflect struggle.”

Zirin’s new book, A People’s History of Sports in the United States: 250 Years of Politics, Protest, People and Play, is a tour-de-force through the events of that struggle for social justice within the sporting arena, showcasing innumerable moments of resistance against racism, sexism, heterosexism and classism.

He also writes a weekly online column called The Edge Of Sports, which contains discussions on topics ranging from publicly funded stadiums, to steroids and poverty, to racism and professional basketball.

For progressive sports fans who find it difficult, if not impossible, to compartmentalize the political and athletic sides of their personalities, the work of Dave Zirin is a blessing. As hip-hop historian Jeff Chang notes, “Once you read him, you’ll never see sports the same way again.”

It seems like there is a new story where issues of racism, sexism or classism intersect with sports every day. Hurricane Katrina and the use of FEMA money to re-open the Louisiana Superdome. Former Sen. George Mitchell’s report on steroids in Major League Baseball. Radio host Don Imus calling the Rutgers University women’s basketball team a bunch of “nappy-headed hos.” You’re one of the only journalists covering this angle. Why is that?

The number one reason, I think, is that so much of the sports media, as an institution, is tied into having access to the running of teams. And with that comes a knee-jerk approach that is resistant to politics. And it’s certainly resistant to any kind of left-wing critique of sports.

But usually not to right-wing politics in sports.

Right. That’s what’s so interesting about it, because they’re only too quick to amplify every sounding board for issues like militarism, patriotism, stadium funding, some of the worst ideas in our society. But as soon as an athlete or an alternative voice or a fan movement tries to express something else, then the knee-jerk can be pretty strong.

The question itself is a really sad commentary on things. Where are the writers? Because there’s this whole generation of brilliant, transgressive sports writers who came out in the late ’60s, like Robert Lipsyte and Leonard Schecter. And these are all people very influenced by the social upheavals of the ’60s, and a lot of them came of age by following the career of boxing legend Muhammad Ali.

These guys to me are like the SDS [Students for a Democratic Society], the Black Panthers of sports writing, but nothing is written about them. I think maybe that more people would do this kind of writing if they knew they were part of a tradition.

These are some of your influences, your heroes?

Yeah, but Ralph Wiley is truly a hero of mine. There’s a whole group of writers who consider themselves the children of Ralph Wiley, who was one of the first prominent African-American sports writers who didn’t write just for the black press.

What publications did he write for?

Sports Illustrated. Just a prodigiously gifted writer. And very political. He wrote a terrific book called Why Black Men Tend to Shout, about more than just sports. Even in the title of that book you see critical analysis, because that’s what Wiley always wanted to look at. If somebody is being obnoxious, why are they being obnoxious? If somebody feels they need to be a prima donna, like [Dallas Cowboys receiver] Terrell Owens, he wants to ask why. [Baseball slugger] Barry Bonds hates the media, so he asks, “Why does Barry Bonds hate the media?” If [Rutgers Women’s Basketball Coach] Vivian Stringer gave a 30-minute speech to the media, he says, “Well, what is it that she has to say that took 30 minutes?” And that’s the kind of thinking you don’t get in a lot of sports writing.

It seems much more respectful.

Absolutely. The ultimate respect is to take someone’s ideas seriously and to analyze them critically.

Reminds me of the NBA dress code, where Commissioner David Stern decreed that all players who are injured or otherwise unable to play in a basketball game had to dress in corporate-casual attire. In A People’s History of Sports, you highlight the tumultuous relationship between the NBA and hip-hop culture, talking about the Bronx, the early ’80s, the financial struggles of the NBA, and the Reagan administration. How do you view this relationship?

I think it’s heading on a trajectory of further straining relations between players and management. David Stern has made it clear that the league is going to be hypersensitive to what he refers to as “gangster culture,” or “hip-hop culture.” He uses the words interchangeably, without realizing how profoundly offensive that is. When you break it all down to thuggish behavior, it becomes a form of racial profiling. We determine that you’re a criminal element based on the way that you dress, or the way that you talk. The message is being sent clearly, and that message has a lot of cultural cachet. The league, and Stern in particular, plays these megalomaniacal, Commissioner Kipling games at his own peril.

Where do you see this relationship going over the next few years?

I see it becoming more and more strained, which is a damn shame.

There’s been this shifting class element as far as who can actually afford to go to games now. And that’s really changed in recent years. The trajectory of ticket prices and how much they cost now compared to 10 or 20 years ago, the exclusive corporate seating. When they build these new publicly funded stadiums, there’s an emphasis on the hyperexpensive, with a lot of perks, loge seating and luxury boxes.

Reading A People’s History of Sports, it’s easy to look back at watershed moments of the past, whether it’s the 1968 Olympics with track stars Juan Carlos and Tommie Smith giving the Black Panther salute on the medal stand, or the tennis match in which Billy Jean King defeated Bobby Riggs amid the women’s movement in the ’70s. What are some historic moments of the last five or 10 years?

Fall of 1996, when Mahmoud Abdul-Rauf refused to come out for the national anthem. That was huge.

Was he playing professional basketball at this point, or still in college?

No, he was in the NBA. In college he was still Chris Jackson. Then he converted to Islam, and took it very seriously.

I think when Toni Smith, the woman basketball player from Manhattanville, N.Y., turned her back to the flag [during the national anthem], that was very important.

No guy has ever come out while playing, yet, I don’t believe.

That’s true. And that’s the interesting thing about sports, that throughout its history, it’s been this slow dance between commerce and self-expression. Both of these ideas are very counterpoised, but they work side by side. Long-term, it’s untenable. You’re going to see either the entire sports world take a huge step backward, or you’re going to see more athletes come out, flex their political muscles and eventually break through. And we’ll have not only happier athletes, but also better games.

You see this happening over the next 10 to 20 years?

The question for me is – and I could list about a dozen athletes who have said stuff against the war – are they actually going to organize? Because that’s the thing holding it back right now. That they speak as individuals, or they speak for groups who have nothing to do with sports.

We need a Jocks For Justice.

We need an Athletes United For Peace.

We need people actually sitting in a room together and talking about how they can have each other’s backs.

And I think if they take that step, then you could see some serious cultural ramifications.