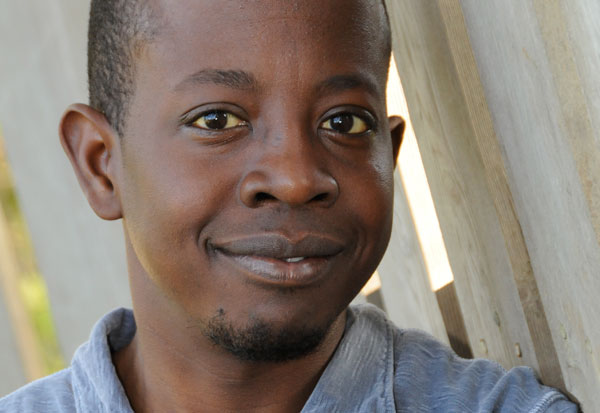 Author Rich Benjamin set off on a 26,000-mile journey across America to write about race. What he discovered surprised him.

Rich Benjamin set out to write about race‚ and wrote about class instead.

Interpersonal racism is declining. But structural racism--or, the policies and behaviors of institutions that perpetuate racial segregation and inequality--is not on the decline.

With the historic election of our nation’s first African-American president, new polls suggest that America–particularly white America–now believes racism is not a big problem anymore. And yet, as Rich Benjamin, a fellow at Demos, a think tank, discovered in a 26,909-mile journey across the country, the racial divide persists. In his upcoming book Searching for Whitopia: How the Whiter Half Lives (Hyperion, June), Benjamin travels to some of the fastest-growing and whitest locales to explore how white America is geographically separating itself from the rest of the country.

As a black man, Benjamin finds the whitopias he visits superficially welcoming and free of what he calls “interpersonal racism,” but teeming with what he labels “structural racism.”

In These Times spoke with Benjamin about the limits of Obama’s presidency, what “white flight” does to poorer whites, and how loathsome he finds “The Cosby Show.”

How did you come up with the idea for Whitopia and the idea on how to report on it–that is, embedding yourself in different communities?

In 2000, I was drinking in a dive with Stan, a funny fella in his early 20s. We hit it off. It was in Coeur D’Alene, Idaho, which is 95 percent white. We were less than a 15-minute drive from the world headquarters and military compound of Aryan Nations.

Soon, Stan blurted that he wanted Idaho to stay “pristine.” I teased Stan about his choice of words. But his language intrigued and haunted me. As a cosmopolitan young man, I had never heard another young person laud his home as “pristine.” Was he referring to Idaho’s natural environment or to its racial makeup? I never asked.

Picking up the paper around that time, a headline snared my attention: “By 2050, White People Will No Longer Be the Majority.” Why, I wondered, did those demographic projections warrant front-page coverage, in such large fonts? And why didn’t the headline propose a positive version of this statistic? Why not: “By 2050, People of Color Will Be a Majority”?

When those “Best Places to Live” lists pop up on your Internet browser, did you ever notice how white those towns and cities are? I asked myself: What will white Americans do – where and how will they live – to achieve their American dream?

I hate the smarty-pants coastal elites who pontificate about “flyover country,” without doing their homework. So, I packed my bags and trekked 26,909 miles, over two years, to see, listen and learn what makes Whitopia tick.

Why is this book important at this precise moment?

President Obama’s historic election sparked a wellspring of good will across diverse social groups. We need briskly to leverage Obama’s “Yes, we can” spirit into lively debate and better understanding across races and classes–for the long haul. Obama’s honeymoon and the current one-love groove will not last forever. Strike while the iron is hot.

Look at predatory lending and foreclosure trends, by neighborhood and race. Or debt. Or access to higher education. We still have massive gaps in earnings, savings, homeownership – all the benchmarks of middle-class stability – which shake out along racial lines. As America talks about rebuilding the opportunity infrastructure, if now is not the time to take a fresh, thoughtful look at race, then when?

Another very timely matter is how we choose to build and bolster our communities. Given fuel costs, elder care needs and environmental decay, should we not demand better suburban villages, with bustling sidewalks, and a mix-match zoning of homes, schools and businesses, all in close walking proximity?

Put differently, will we build town square-style, green communities with integrated schools, pre-K centers, national service centers and other “civic hubs” to help boost interaction and civic engagement? Or will we choose the same rut of more gated communities, isolation and segregation?

Polls show a growing number of Americans believe racism is no longer a big problem in our country. Do you agree?

Well, yes and no. Interpersonal racism is declining. I met such lovely people across whitopia. In our tolerant, relentlessly friendly society, people rarely degrade others because of skin color. The majority of Americans accept politicians, co-workers and friendships from different races.

But structural racism–or, the policies and behaviors of institutions that perpetuate racial segregation and inequality–is not on the decline. America’s schools and neighborhoods are as racially segregated today as they were in 1970. That’s a big problem. And during my research, I discovered that my native New York City has the same demonstrable level of black-white segregation that it did in 1910. Nothing has changed on that front in a century.

What lessons do you want people to take away from your book?

Many whites may say, “I don’t hate minorities.” Or, “I voted for Obama.” But that’s beside the point.

Throughout the 20th century, racial discrimination was deliberate and intentional. Today, racial segregation and division result from policies and institutions that are no longer explicitly designed to discriminate. Yet the effects are practically the same.

Structural racism endures in the absence of prejudice or ill will. On my journey, examples of structural racism surfaced over and over. That’s a key lesson I hope white people take from the book–how terrible outcomes result without evil intentions.

As for racial minorities, we need to get our acts together. Where we’re succeeding, “Bravo.” Where we’re falling short, “The jig is up.” Some of our shortcomings are becoming increasingly indefensible. As Obama says, “In private–around kitchen tables, in barbershops and after church–black folks can often be heard bemoaning the eroding work ethic, inadequate parenting and declining sexual mores” in inner-cities.

So, white folks are not exactly crazy. There are some evident urban problems any reasonable person may want to flee.

Do you believe the election of Barack Obama will change any of the paradigms you report on in your book? If so, which ones?

No, not by himself. President Obama is a top-drawer public servant with a first-rate intellect. I support his vision for a post-partisan, post-racial America. But presidents have limited ability to stop or reverse profound social developments. Meaningful progress won’t come from presidents alone. It comes from well-decided court cases, smart policy at all levels, a social conscience among private businesses, and every American’s thinking and actions.

What was the most surprising thing you found in your reporting?

I set out to write about race. It turns out that I wrote about class. What surprised me is how sharply class can divide Americans–even in all-white environments.

In the span of just one afternoon, I bore witness to the stark class divide in North Idaho. Early on, I hung out with Ed, an easy-going 30-something, whom I befriended in Coeur d’Alene, a bona fide Whitopia. Ed was living out of a rented storage unit, because he couldn’t afford an apartment. Later that very afternoon, I attended a “meet ‘n’ greet” for U.S. Sen. Mike Crapo (R), at the estate of a married couple, real-estate moguls and third-generation cattle barons.

I already knew that our nation has been suffering from widening inequality of income and wealth. But before embarking on this journey, I did not know the extent to which wealthy white people often gentrify white communities, making poor white peoples’ lives miserable in the process.

What do you think the primary motivating factor is in whites flocking to these Whitopias? Is it racism or something else?

For some whites, the primary motivating factor is indeed race. They said so to my face. But for the majority of whites, there’s no primary factor–it’s a web of factors. Migration is a push-pull phenomenon.

And they feel pulled to whitopia, because of economic opportunities, more house for the dollar, a perceived sense of safety, outdoor amenities (shimmery lakes, breathtaking mountains), and social comfort (homogenous neighbors). In short, country living with suburban perks.

Are we entering an age of real racial conciliation, or are we still stuck in a “Cosby Show”-kind of world where we use terms like “post-racial” to pretend racism doesn’t exist?

Well, I can’t answer that. I didn’t follow “The Cosby Show.” What few episodes I caught were loathsome. The Cosbys affected this goody two-shoes image of black middle-class life that looked so ingratiating and phony. But the Obamas effuse a black middle-class spirit that is effervescent, cheeky, smart, nuanced and seamless. Notice how Barack and Michelle don’t look like they’re trying as hard as Cliff and Clair? Even Sasha and Malia are visibly more comfortable in black skin, and with money, than the Huxtable children, who seemed so bratty and grating.

But “racial reconciliation”? Yes. “Post-racial”? Not yet. Not even close.